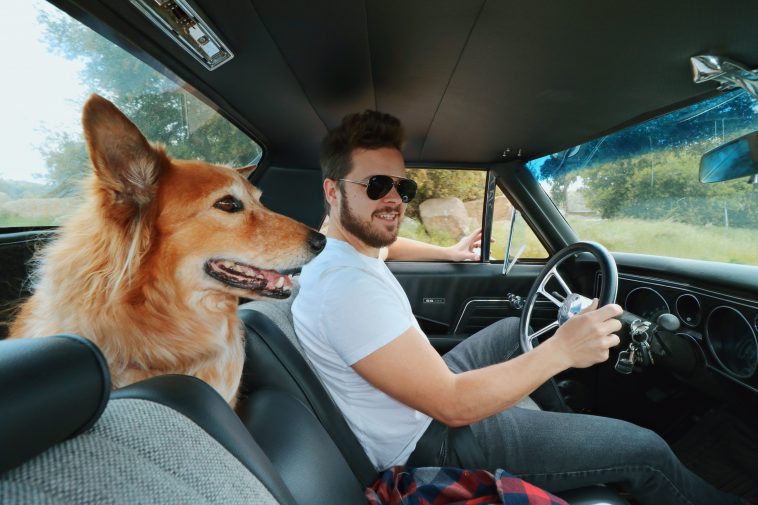 Bryan Lanning returns with his latest single, “Golden State of Mind” – a catchy uptempo country-pop number in which the singer sings about his devotion to his wife, while also evoking imagery from California, where the couple currently live.

Bryan is set to release his second studio album, “Same Town” on 3 July – and we at CelebMix got to talk to him a bit more about his new single and the upcoming album.

Golden State of Mind” is about your relationship with your wife. What in particular about her inspired you when writing this song?

“If she really wants something, I’ve always been the person behind her rooting her on. I think when you love someone, you want to see them succeed. She’s always been that way to me and so naturally I have to return the favor.”

What inspired the composition behind the track?

“The track had to have some bounce to it! I originally brought in a slower melody and my producer Daniel bumped it up quite a bit. We wanted people to feel that excitement of driving down the road physically, with the excitement of chasing after a girl in that same aspect.”

Is “Golden State of Mind” indicative about what your upcoming album, “Same Town”, is going to sound like?

“Yes! There’s a few barn burners, so to speak, with that kind of energy on the album for sure. But then it’s also got songs about growing up without a dad or losing a friend along the way, because I wanted to really speak to all human emotions. It brings the excitement back up for the last half of the album too!”

What was the recording process for the album like?

“It was the funnest time of my life honestly. We just finished building my music studio, so we were able to really take our time and give each musician the space to add a piece of themselves into the recordings. We keep the sessions really relaxed and just explore different arrangements and solos, etc. Some stuff was even recorded remotely in different parts of Nashville and California and then sent to us as we were wrapping up.”

“Is there any other sounds/styles of music you have explored on the new album?

I do enjoy pushing the boundaries of certain genres. My sound is very country-pop, and I’m comfortable there, but it’s natural that the stuff I grew up on get mixed in with that. I listened to a lot of early 00’s alternative pop and punk, while also listening to a lot of 90’s country consistently, and that influence definitely lives on the album to some degree.

Can you tell us about any particular tracks to look forward to?

“‘Love the Burn’ has so much energy, it’s hard to not scream it when it’s on haha. ‘Follow the Palm Trees Home’ is a really personal one for me about growing up that I think people will really connect with too.

How has living in California and the music scene there inspired your own work as musician?

“California is so fast paced, it really inspires me everyday to keep creating. Warm weather, great friends, great wine, all lead to good times and good songs. The town I work in, Temecula, has such a great music community we’ve been able to use a lot of local talent.”

“Hands down, Tori Kelly. Coincidently she’s from the same town I am (haha) so I was able to watch her go from singing in churches to singing on stage at award shows. She’s always just been an inspiration, watching the light and love she gives off to a people with her music. It’s a beautiful thing.”

“‘Church In a Chevy’ by Jordan Davis just gets me right now! I play it every morning now to get my day started. I’m really enjoying Breland’s debut EP too. And ‘Daises’ by Katy Perry, it’s so dang good too. I love the lyrics and the build up.”

Do you plan on touring once it is safe enough to do so?

“Yes! If anything this has shown me the importance of getting out there and consuming art! There’s some talks about a backyard tour and some other stuff in the works right now.”

“I appreciate the heck out of them! Some have been supporting me since the beginning and I know who they are and have been able to recognize them throughout the years. This music isn’t really mine, it’s theirs too. Hopefully we can all “Get Together” soon and sing it at the top of our lungs!”

“Golden State of Mind” is officially out now, and you can listen to it and watch the official music video below:

Make sure to follow Bryan on social media to keep up with his music career: