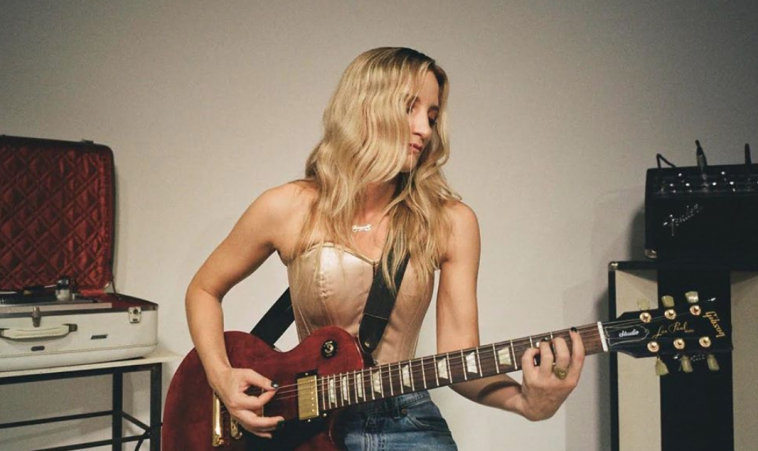 Janet May, an up and coming singer-songwriter, is taking the world by storm with her inspirational activism that radiates effortlessly through the music she has released. She has continued to use her platform to accomplish as much as she can when it comes to making an impact on the world. And when she’s not busy in the studio, fans can expect to see May running countless protest groups throughout New York City and touring around the world with some of the most successful and popular international acts. In an exclusive interview with CelebMix, Janet May opens up about her music, her part in an upcoming tour and more.

How did you first get started with music?

I’ve been singing for as long as I can remember. My mom taught me to sing harmony when I was riding in the back seat and growing up I sang in church choir and plays and anything I could be in where music was happening. When I was a kid, music was always something I was allowed to indulge in, and something I was good at. Later, I started singing in a friend’s bands in New York [which was] signed to indie labels.

Where there any artists or bands that specifically inspired you as you began to find your own sound?

Songwriters and storytellers – Joni Mitchell knows how to say things in a new way, and her vocals wake a slumbering heart. My songs are all personal stories and without a band, I was interested in carrying the songs myself. Joni is one of the all time greatest on the strings, guitar and piano. I also am inspired by PJ Harvey and Billy Bragg – both have very different styles, but [are] savage on electric guitar. Bragg says anything worth saying shouldn’t take longer than 3 mins. [That] makes for an interesting, concise story and structure. Bragg brings his music to political rallies and his storytelling is always specific and meaningful.

Your touring with Palace this year! What makes you most excited for that experience?

Palace are amazing [and] I am so excited [that] the tour is sold out. I am really excited to play new music for people and for the shows every night. I’m interested in the adventure of performing my songs inside a music venue to Palace fans. To date, I’ve been playing schools, hospitals, prisons and protests… so I am thrilled to create a stage show and share the music in some of the best venues in the country.

Is there a particular city you are looking forward to performing in?

I am stoked to play Montreal and Toronto because duh. And I can’t wait to play where I’ve never been [which is a] great way to break the ice ! I’m coming for you Seattle, Salt Lake, Denver, Portland, San Francisco and Minneapolis.

For fans of yours who may have just discovered your music and are interested in learning about you, what would you want them to know?

I guess people should know that my songwriting is pretty blunt and I say what I mean. There’s no fluff or flowers. I try to be direct and honest. I’m looking for connection and community because that’s what everyone needs. I’m not trying to be right or wrong, I’m not trying to be anything or everything. I’m writing my own story.

Can they expect to hear new music and maybe even a longer form project from you this year? What should they be looking forward to besides the tour approaching?

I am currently in the studio recording new music. I am touring 10 songs for the album in this run and going in to record my next EP in the spring .

My next release is about having a loved one incarcerated. I have been playing on Rikers Island in the women’s jail as a visiting artist. It means the world to me to be with women who are experiencing the system and I hope to highlight their stories and challenges through this next chapter [by] releasing a song so personal and yet shared by so many living in America.

If you could collaborate with anyone in the industry right now, who would it be and why?

Alicia Keys. She has the voice and the mind of an angel and I would love to sit and play the classics with her all day and night at the piano. Maybe we’ll get together for a Christmas album this year.

What’s your favorite song by Janet May? Tweet us using @CelebMix and let us know!