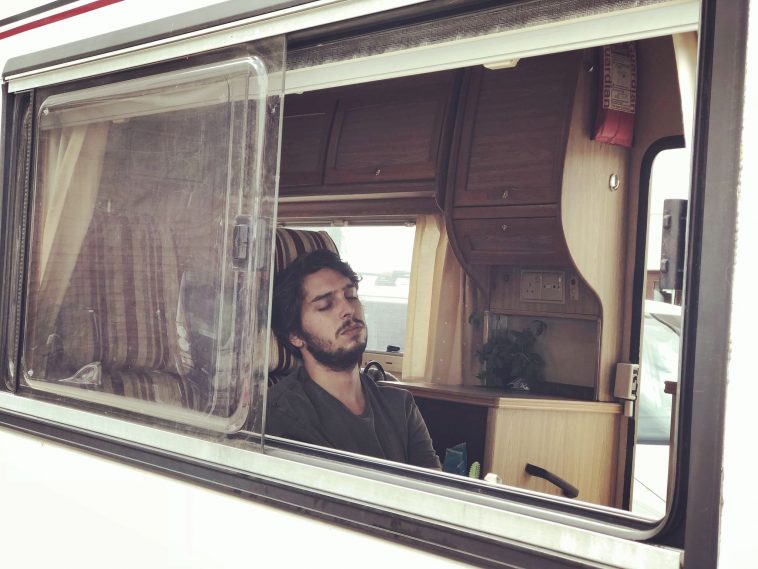 Singer-songwriter Josh Kumra is back with his latest EP, “Pull Me Back In”. After achieving a number one single with “Don’t Go”, his collaboration with rapper Wretch 32 in 2011, Josh released his debut album, “Good Things Come To Those Who Don’t Wait”. However, he later found himself struggling with his musical identity, as he found it hard to please those around him.

Leaving London for Tetbury, Josh continued to write and record music, with “Pull Me Back In” being written and recorded from his own studio. The EP is a collection of four piano-led songs that take influence from soul and blues, while showcasing Josh’s raw yet vulnerable vocal capabilities.

Here at CelebMix, we got to talk to Josh a bit more about his new EP and some of his musical influences.

Why did you decide to call the EP “Pull Me Back In’?

“Each song on the EP touch on different aspects of how music has shaped my life, but they all share the same concept, to pull me back into being totally driven by my love and desire to make honest music.”

What is the title track lyrically about?

“There was a time where I felt that the music business had got the best of me, I was lost in the ether of expectations and self doubt. The title track was written in that time as a realisation of how music wasn’t the same to me anymore.”

What Inspired the composition of the tracks on the EP?

“Since the release of my debut album in 2013 I’ve felt that, even though there is a lot of me in that record, it was a diluted version of me. The inspiration for this EP was purely to create something that truly represented me. No holds barred!”

What is your favourite song on the EP and why?

“’I Dare You’. It was the first song I wrote after releasing my album and it was the opening of the flood gates. I finally had the freedom and experience to be able to write something without any fear or compromise. It gave me back my confidence.”

You produced and recorded the EP in your own studio. What was that experience like?

“Ha ha, I did, and it was very intense and stressful but equally rewarding. It was the first collection of songs I had recorded and produced on my own. I was so precious about every single thing. I would sing the same line hundreds of times, completely finish a song and then delete it and then again. At some point the fog cleared and I began to capture the soul of the song. Not the perfect vocal or the fattest kick, but the feeling, That’s when it all started to work :)”

In the past, you found yourself struggling with your musical identity. What inspired you to keep going and to not give up?

“To put it simply, I don’t think I had a choice in the matter. Music has been a part of my life from the age of three. It has mothered me, been a friend and has always influenced me. I did struggle with my identity, but I was always going to find a way to keep a hold of something so precious.”

Will you be planning on touring in support of the EP once it is safe to?

“Absolutely! Writing and recording a song is always rewarding but there’s nothing like performing it on stage. Some of my best memories have come from being on tour and I hope to make a lot more.”

“I have always gravitated to artists who are daring enough to confess all. People like Bob Dylan and Tracy Chapman. I think it’s easy to tell when someone is singing about something they have experienced or believe in. Ray Lamontagne’s ‘Trouble’ record is the album that has inspired me the most. He can sing a song like he’s the happiest man in the world then sing a song like he’s drowning in pain. That’s pretty much it.”

“Eric Clapton, it would make my dad very happy… and Clapton is God.”

“I’ve been listening to a song by Cassia who I recently got to work with called ‘Do Right’ and it’s perfect for fighting the social distancing blues. I’m also really enjoying a song called ‘So Caught Up’ by The Teskey Brothers.”

Do you have plans to release anymore music in the future?

“Yes, I’m currently working on a full album of songs to dance to. I think it’s time for everyone to hear the happy Josh.”

Finally, do you have anything you would like to say to your supporters?

“I would like to thank you all for being so patient with me. I hope to see you all soon and I’m wishing you all the best during this crazy time and beyond. I didn’t mean to hurt you, I’m sorry I made you cry, I’m just a jealous guy ;) x”

We would also like to thank Josh for taking the time to talk to us!

Josh’s newest EP “Pull Me Back In” is officially out now, and you can listen to it below:

To keep up with Josh, make sure to follow him on social media:

Let us know what your favourite song on the EP is over on Twitter @CelebMix!