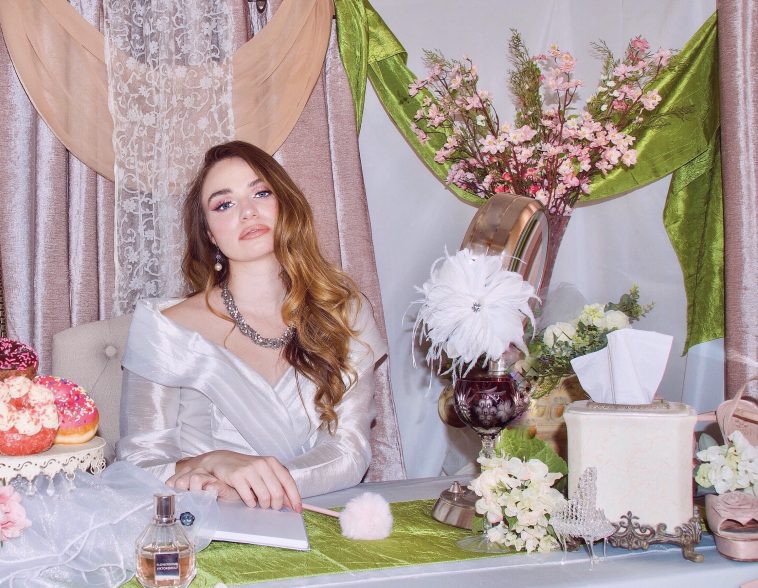 Noelle Chiodo’s career is only just beginning and she’s starting out with a bang! The Las Vegas artist recently released her brand new single “That’s it, I’m Done” and CelebMix caught up with Chiodo to chat a little about life during the lockdown and more importantly, her story behind her new summer banger.

How are you today?
Thank you for having me, I’m so excited!

So tell me a little about yourself, I’m sure our readers at CelebMix would love to know more about you:
“I’ve always been singing, I’ve always loved music. I’ve been singing since I was a kid in the school choir, in church and any local talent show or festival in Vegas. I was taking piano lessons and I became more serious about it when I was 15. It was at 15, that I got a fake ID and my parents helped me out and bought a cheap amp on wheels so I could roll into gigs and that’s when I booked my first gig at a cafe. I’d go in every Saturday and play for 5 hours a day for tips.

What was the inspiration behind the song?
The inspiration was a guy. I think I came home at like 3 am one morning he was being a jerk, I was just at a party with my friends and I was so annoyed because we had sort of been going back and forth and being very on and off. That was when I thought like, that’s it. I’m done. Then I started angrily writing and angrily strumming my guitar at 3 am in the morning. I worked with Alec Zeilon who also is one of the producers on it and the song turned into more a female empowerment track.

Amazing! How did it feel being in the studio writing and producing the song with Alec Zeilon and Luke Diamond?
So we just recorded out Alex’s house because he has a home studio in his house, that’s where the production happened. We went into the studio in Vegas called the Tone Factory, and Kevin Luu was the vocal engineer on the song. Then we sent it to Luke [Diamond] via email, who added some embellishments and his flair to take it to the next level he then mixed and mastered it. Although I was the only female a part of this project, it was awesome–creating it with such amazing guys, they love girl power and powerful women and more importantly respect women.

How has the feedback been for you since you released the song?
It’s been great, a bunch of my friends in the industry loved it. I’ve gotten a lot of responses from a lot of amazing blogs and media outlets. And then, of course, people listening to it hearing it on their discover weekly or whatever playlist on Spotify and reaching out, which is awesome. I think it’s the most moving thing when someone hears your song discovers you as an artist for the first time on like Spotify or Apple Music, and they want to reach out to you.

Who’s been on your playlist during this lockdown?
I love ‘Josslyn’ by Olivia O’Brien that’s just so fun, I’ve been listening to ‘Rain on Me‘ by Lady Gaga and Ariana Grande, ‘Break My Heart‘ by Dua Lipa. Another artist, I’ve been listening to some Conan Gray stuff right now. I don’t know how he got his start, but he’s emerging right now and on the come up I’d say. I’m also obsessed with Billie Eilish’s “Everything I Wanted” that song is so emotional and I’m just in love with it every time I hear it.

So do you have anything else in the works? Any exciting projects to look forward towards?
Yeah so ‘Making Love to the Dark’ came out and that was super exciting because it was Lost Frequency’s compilation album. The track gained the attention of Found Frequencies which is a sub-label of Armada Music in Europe. So that was super great to be part of a Spotify Editorial playlist, I’m really pumped about that. Another project will be to release a track come fall with a DJ based in Rome, Italy. I’m excited about that but for now, I’m going to let these two tracks live for a bit since I released them back to back.

What direction will you be taking your next projects into?
Well, I’m actually working on a new project, it will be another EP project. It will be focused on mental health awareness and just self-reflection versus, guys, or love or breakups. I personally, I haven’t actually dated anybody in four years. These past few years I’ve had a lot of time for self-reflection and growth, and I’ve learned a lot. I’ve made a lot of mistakes. So I really wanted to write about that. So that’s sort of why I’m focusing with this next project.

Who are your musical inspirations?
Originally, my inspirations are Etta James, Aretha Franklin–I love soul music. As far as artists who inspire me these days, I’d say a producer, Ian Kirkpatrick. He’s produced ‘Look At Me Now’ by Selena Gomez. I also love Julia Michaels and Lady Gaga just because she’s so authentic. Also, a little bit of Bruno Mars cause he’s awesome.

When can your fans expect a music video for your single?
I’m aiming for late July. I’m an independent artist and due to the pandemic and the Black Lives Matter movement during the past two weeks. I really don’t wanna take away from that and work on any of my own work.

How has working as an artist during the pandemic been like?
I just moved to LA back in March 1st and then I came to Vegas around March 15th because everything closed down. I wanted to be with family but I didn’t expect to be in Vegas this long. Working has been very remote, no in-person projects yet. There have been lots of Skype meetings, Zoom meetings. We’ve just had to adapt. The beauty of creating music is being in person because there’s an energy in the room, but I’ve been focused on creating more music, writing. There aren’t any shows happening obviously!

I’m sure everyone misses concerts, do you have any plans for shows or tour in the months to come?
Well, I hope the songs off of the EP project that I’m working on are finished and I hope that I’m back in LA. I set goals for myself in time frames and you just never know within this industry because things plans can change so fast.

It was so lovely talking to you, thank you for taking the time.

“That’s it, I’m Done” is out now on all streaming platforms and on YouTube. Let us know what you think of Noelle Chiodo and the track on Twitter @CelebMix

Hey there! I'm Parisa and I love to write about your favourite singers, actors and YouTubers! Follow me on my Twitter: @parisaborgh and my Insta: @parisaborghei
My e-mail is: parisaborghei@gmail.com