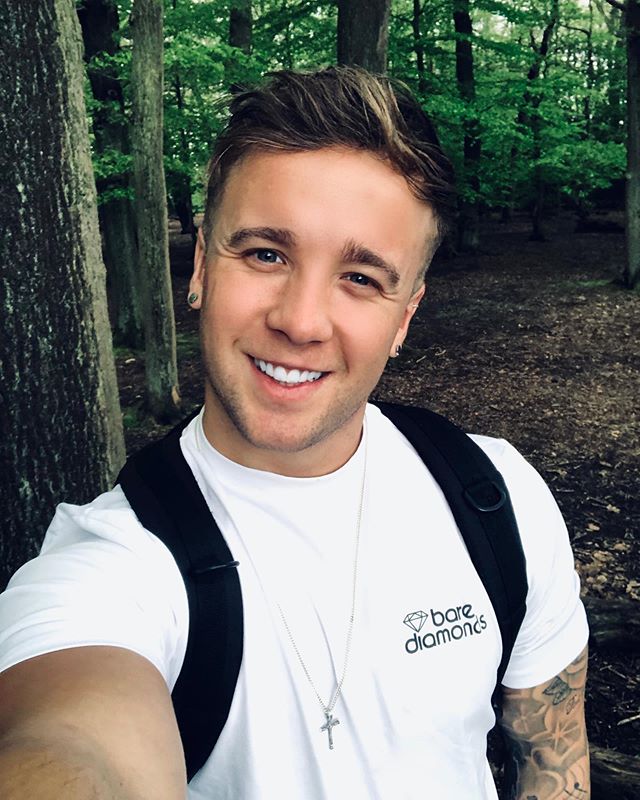 After premiering Sam Callahan’s love-fueled music video on 25 April to his new song “Something To Prove“, we managed to chat to him about the track, the visual, and how lockdown is going for him. We also discussed his girlfriend Robyn Hatton and his plans for the rest of the year.

Hi Sam, how are you doing today? How are you dealing with the UK lockdown?

Hey, thanks for having me. Yeah, I’m okay, I’m really not doing bad all things considered and I think preparing to release new music has kept me busy anyway, so I haven’t felt the boredom that I think some are feeling. I’ve spent a lot of time writing music, working out, cycling and running and of course, like most people, binging on Netflix and Disney+ too.

My recommended binge series has to be, ‘Outer Banks’ on Netflix!

Your brand new single is titled “Something To Prove”. Can you tell us more about the song? Where did you draw inspiration from to write the song?

Absolutely! So I wrote my new single ‘Something to Prove’ about meeting my long term girlfriend Robyn Hatton. I based it on the butterflies, the nerves and on the excitement, I felt when I met her for the first time!

Personally, before meeting her, I’m not going to lie… I used to be a little bit naughty when it came to dating and messing about with partners, as a lot of us often are during our teen years. I also had a fair amount of opportunity due to being in the public eye and what not!

When you’re single, you always hear people say, ‘When you know, you know’ which I never really understood until I met Robyn.

The point of the title to the song ‘Something to Prove’ is that when I met Robyn; for me, she was the girl that made me want to ‘prove’ to myself, if not others, that I can be the gentleman I wanted to be to that someone very special.

Being a naughty little bugger in the past didn’t mean I didn’t WANT to treat someone like a princess at the time, I just hadn’t found the right partner yet to settle down and stop my mischievousness!

So, what I had to prove to myself is that I could be the gentleman I knew this girl deserved.

It was produced by Jamie Sellers, what was it like working with him and recording the song?

Working with Jamie is always a pleasure! Having worked with artists like The Wanted, 5ive, Alisha Dixon and B*Witched among others, Jamie always knows how to create the perfect finished article.

But credentials aside, the most important thing as an artist is that I’ve never before worked with a producer who understands my vision musically as Jamie does!

So obviously we’re all in Lockdown right now and I don’t have the tools or ability to get a brand new music video written up, filmed and produced to the quality that I’d usually hope to.

However having been with Robyn for almost 3 years now, we have collected so much amazing footage together within my YouTube vlogs!

So given the subject matter and the fact that the song is about me and her / me meeting her, I came up with the idea of getting a music video created out of footage that’s featured on my vlog channel throughout the past few years!

Considering the current circumstances though and having seen the way it’s turned out, I really do feel like it’s just the uplifting kind of content that everyone needs right now to lift some spirits!

The visual is full with so many memories of you and Robyn Hatton, are there any particular memories or events that you’ll never forget?

Absolutely, the footage consists of some of the gigs that I have performed at through 2018-2019 including my UK headline tour, which I definitely won’t forget, but also as a couple the travelling and vacations that it features have created memories for us that I think we’ll never forget.

Positano in Italy and the Almafi Coast has always been a dream vacation spot for Robyn so we were really lucky to be able to make that happen, last year. Then during the first year we were together, I went with Robyn and all of her family to Perth – Western Australia for one of her brother’s weddings!

I’d always wanted to go to Australia and it was everything I’d hoped and more. When we were there we did some really cool things together like a skydive over the west coast, wakeboarding in a saltwater lake and we even stayed at the Perth Crown Plaza Hotel, all memories that’ll last a lifetime.

How is Robyn doing? What does she make of the song and the music video?

Robyn is great, she’s taking each day as it comes in lockdown as am I but as most couples and families will find right now, it’s important to support and be patient with each other!

I just asked Robyn to answer that question herself and her response was that she loves the song and the video, she loves how the video is compiled of so many of our most special memories and shows what a wicked adventure we’ve had together throughout our relationship. She also said she loves that I’ve used my creativity to make something that is special to us!

We imagine you’re making lockdown memories together at the moment, what’s it like being on lockdown together?

It’s okay! I mean I won’t pretend we wouldn’t rather be making memories outside of the house and that there aren’t things we’d rather be doing. But there is definitely no one I’d rather spend lockdown with!

The other night I turned the living room into a restaurant and cooked dinner, to make it like we were having a dinner out, then cleared that away and put the bed mattress down on the floor and turned out the lights like we were at an ‘Everyman’ cinema, I guess those are the things you’ll try to remember at a tough time like right now.

So our go-to chill-out film is Moana! However the Disney remakes are something I love, so Dumbo has been a good one that we watched recently.

What else have you been up to during the lockdown?

So obviously pre lockdown I trained in the gym 5/6 times a week. Right now I’m doing an insane amount of mountain biking, which is great. I love the fact it’s a little gnarly and means I get to spend a lot more time in the outdoors but I hate the fact I’m waking up with really sore quads on a daily basis right now.

Have you decided on what the first few things you’ll do when the UK lockdown has lifted and we’re all back to normal?

One of the first things I’ll be doing is driving to Cambridge to see my best bud, fellow music artist and personal Barber Gary Hellman (HRTLSS). A) Because I miss seeing my friends and B) Because I need a damn haircut.

But also as a family, we have missed SO many birthday celebrations throughout lockdown and we aim to get those back with a huge BBQ at my Mum’s house when it’s all over!

And, finally, what else can we expect from you for the rest of the year?

Well, last time we spoke I spoke of an album which I was building. However it is 2020 and the music industry is changing so fast, that it’s even changed since then. So with the changes in the industry, there have been changes in my own plans as an artist! You will still be getting all the music I’ve created, but I’m looking at a different release strategy. The good news however is, the music from here onwards should be like me, persistent and relentless!

Thank you, Sam Callahan, for taking the time out to speak with us about your incredible new single “Something To Prove”, as well as the music video. We love the song and also cannot wait to see what you release next.

“Something To Prove” is out now, available to download and stream, via Sagaris Records.

What do you make of our interview with Sam Callahan? Let us know on Twitter @CelebMix.