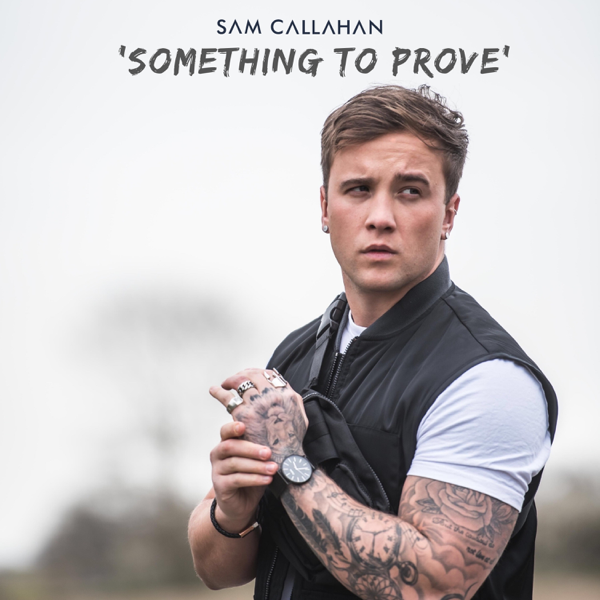 We premiered the official music video to “Something To Prove”, last week, which is the new single from Sam Callahan that he has dropped today. The song follows up his debut album of covers, which he released towards the end of last year.

Sam Callahan has been in the music industry for a number of years and we’ve been following him ever since. He’s best known by many as being a contestant on the tenth series of The X Factor, where he placed seventh. He has dipped into various music genres and has since dropped some amazing tracks. We love the direction he’s been heading in the past few years with “Burns Like Fire“, “Say Something“, and “Stitches & Scars“. Now 2020 has come around and he’s dropped “Something To Prove”, which we adore. We also have an interview with Sam Callahan coming in the next few days, so keep a look-out for that.

The song has been self-penned, whilst it has been produced by Jamie Sellers. The lyrics are poetically beautiful, it’s clear that Sam Callahan is devoted to his partner Robyn Hatton, and he really has pulled the words from his heart for this track. Full of summer sounds and an uplifting beat, this song is easy to listen to again and again. Vocals are on point throughout, full of integrity and passion. We have to admit that this is one of Sam Callahan’s best songs he’s ever released. Honest, beautiful, and complete perfection, Sam Callahan shines on his new song “Something To Prove” proving to the world that he’s not just a great singer, but a brilliant song-writer too.

The music video accompanies the song brilliantly and we were honoured to premiere it, right here on CelebMix. The video contains vlogs of Sam Callahan and Robyn Hatton from their experiences together, and it truly is lovely to watch from start to finish.

Check out our exclusive premiere of Sam Callahan’s music video, which was released last week.

“Something To Prove” by Sam Callahan is available to download and stream right now, via Sagaris Records. Our exclusive interview with this singer-songwriter is being published in the next couple of days.

What do you make of Sam Callahan’s new single “Something To Prove”? Let us know on Twitter @CelebMix.