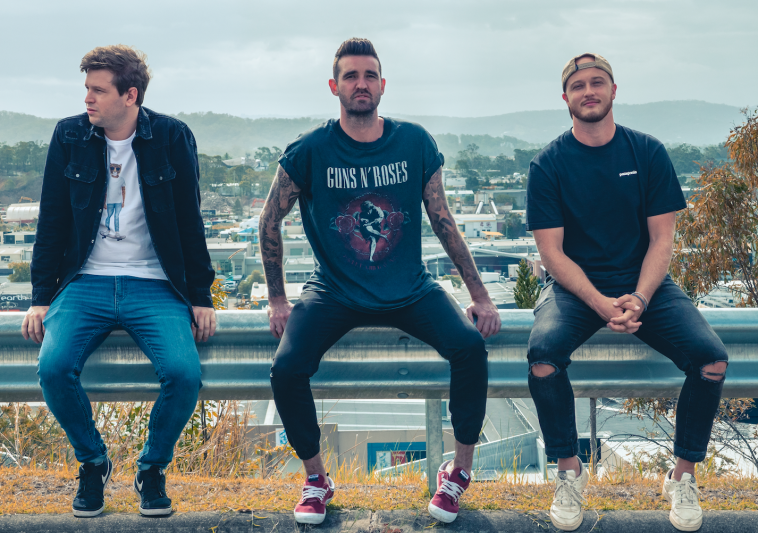 Sunset City have returned in 2020 with another upbeat and contagiously energetic track titled “Feels So Right.” It is their first release of the new year and has been receiving quite an impressively positive response already. To accompany the brand new single, the group also released a music video that aligns perfectly with their edgy-pop sound. And the visuals that fans have now fallen in love with were entirely produced and directed by the band alone. In an exclusive interview with CelebMix, Sunset City chatted about the new single and more.

What can you tell us about your new single “Feels So Right” and the inspiration behind it?

It’s about new relationships, when you’ve got that feeling about someone and you know it’s special!  The inspiration is usually just what is happening subconsciously. The whole chorus was fully written in one take on the Voicenotes apps, so it just kind of happened!

Why did you decide to lead with that track for your first release of 2020?

It was a song we had been sitting on for a while and just felt that it was the right time to go out with it. We love the track and wanted the world to hear it too.

The music video for the single was fully directed and produced by you all as a band! What was that process like?

We really enjoyed the creative process and shooting the actual video, as we were able to show more of who we are and what we can achieve as a band. However, it was a long and quite tedious process as we wanted to make sure everything was done right. We’ve done this with all our previous videos, so we’d be more than happy to now hand the reins over and see what others envision for us.

Does the single preview the sound your fans can expect more of this year?

We’ve got a few tracks that we are working on with the same feel, but it really just depends [on] how they are received and if we need to adapt or grow within the industry. We like to stay open!

As a band, what are you hoping to achieve throughout 2020?

Just what every band from a small town wants: world domination and a gold plated toilet seat…is that really asking too much? But also, just finding more people that connect with our music.

What can fans of Sunset City look forward to in the near or distant future?

We want to release as much as we can this year, work with incredible artists and producers and get on as many stages as humanly possible. We absolutely love performing and the more opportunity arises the better.

Listen to “Feels So Right” here.