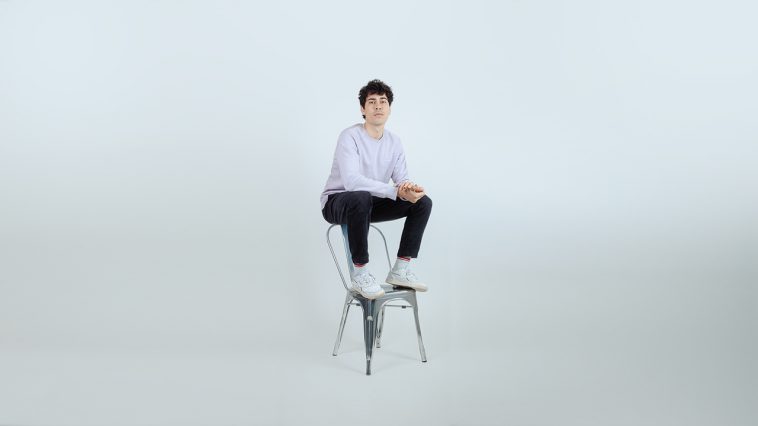 French producer/DJ Tez Cadey, who caught the world’s attention with his single ‘Seve’, joins us for a chat about his new collaboration ‘Movin’ On’ and his journey into electronic music. A certified 16x diamond hit, ‘Seve’ put Tez on the map with a cluster of the scene’s biggest names, since then he has continued to deliver stunning house productions with finesse. His latest single ‘Movin’ On’, in collaboration with Majeur Mineur and Khamsin, adds to his glowing body of work as an artist.

Hi Tez, thanks for joining us. For any new listeners, how would you describe the ‘Tez Cadey’ sound?

I think my sound is a melodic nostalgic one with a club twist. I just love to make emotional and uplifting songs but with a subtle indie dance touch to it.

How did you get into making dance music? What inspired your journey?

I got into making dance music by accident really. When I was a kid, I discovered this guy blending songs on two CDs together at a party and was instantly captivated.

But I didn’t have the money to buy a full setup so after trying out Virtual DJ I thought to myself “well this is fun but what now?”. I downloaded a copy of fl studio and started messing around with it. It was just a game really at the time. And I really tried to keep that mentality with me along the journey. To keep that feel of being a kid playing around on a laptop and at the end of the day making a full song come out of it. It almost feels like a cheat when you think of it, I love that.

Your new single ‘Movin’ On’ seems to channel a defiant message of hope, what does the track mean to you?

It is. I think we all come to a point in life where we feel stuck, whether it be in a relationship, professionally or personally. And when that happens things might seem impossible, but you really just need to keep on moving. There isn’t much more to it. I think life is about movement and while the song has something very sad in it, because moving on means leaving things, habits, and people behind, there is also a lot of hope in the future to come.

How did you come to collaborate with Majeur Mineur and Khamsin on the single and what did you each bring to the final production?

The song originally started with Khamsin and Majeur Mineur building up on one of Khamsin’s demo that had that vocal hook. I then heard the demo and instantly fell in love with it, and they let me work on it from there. It felt natural because the three of us are complementary. Thomas (Khamsin) had a strong base with some killer drums while Hugo (Majeur Mineur) really brought the track to life with layers of ambience synths. My work on this track was mostly the bassline and strings melodies and work on the emotion of the song. Although I also worked on the drums and did a good amount of mixing, I had to restrain myself from doing too much. When you are three working on a song it can be easy to overdo it and over produce the track. In the end we’re pretty satisfied with the final balance.

Have you had the chance to play ‘Movin’ On’ in one of your live sets and if so, what have the reactions been like?

No not yet unfortunately but I plan on playing it at the next festival I do later this month!

It was your 2015 single ‘Seve’ that first put you in the international spotlight as an artist, reaching a whopping five billion streams! What did you learn from the experience of having a viral hit record like that?

It pushed me to continue trying to create surprises in my songs. When ‘Seve’ was released, nothing predicted it would get such attention, it was my weirdest beat yet. If you listen to the song from a logical perspective, you’ll notice how that drop melody comes out of nowhere and almost feels off. I think at the time my girlfriend even had to push me to release it as I wasn’t even sure I wanted to. And the funny thing about that song is that it didn’t blow up overnight. It didn’t even really make it to the radios. It just grew overtime and still does today.

I’m truly blessed to have this success and although all the following releases consistently being compared to it was hard in the beginning, I really embrace it now. It also taught me to not second guess myself so much, to go with the flow. Nobody can predict what will make a song successful. And a successful song doesn’t mean the others aren’t as good, it just happens and that’s the beauty of it.

We’ve heard that you also enjoy producing tracks for other artists, rappers, and singers. What is it about these projects that excites you?

Producing for other people is still something fairly new for me. What I like about it is not having any creative pressure while making music. “Will this stick to my project? How will my fans receive it?”. It just feels like making music when I was a kid all over again and it feels great!

Where do you hope to see your music career in five years time? Do you have any specific goals you’d like to achieve?

I’ve stopped setting goals to achieve because I find it really impossible to predict a music career. Five years is a long way so who knows. All I hope is that I’ll still be around making tracks, DJing for a crowd and that everybody will be doing good.

What tracks are you loving at the moment?

I discovered “DOWN” by BAYNK, Golden Vessel & Akurei recently which I find massive. Also, still can’t get over “The Difference” by Flume & Toro y Moi yet. My only problem with that one is that it’s too short.

What artists are on your dream list to collaborate with in the future?

I keep saying in the hope he sees this one day, but Calvin Harris has been and is a huge influence so I’d say him. But then they are so many others I’d love to work with whether it be Skrillex, Toro y Moi, Jamie xx, Kevin Parker, Caribou, Fred Again, Duke Dumont just to name a few.

How is the summer of 2022 shaping up for you? Can we expect any new releases, and will you be on the road?

I’ve got a final release for the summer coming out on June 24th. It’s a bit different and rawer than my previous releases. I’m going into club and rave territory on this two tracks EP. I had a blast producing it so I can’t wait to see the reactions and play it in the festivals this summer. Speaking of festivals, I’ll be starting off the season with the Delta Festival in Marseille which I have been playing almost every year since its creation so I’m really looking forward to it. To me the summer never really kicks off until this one.