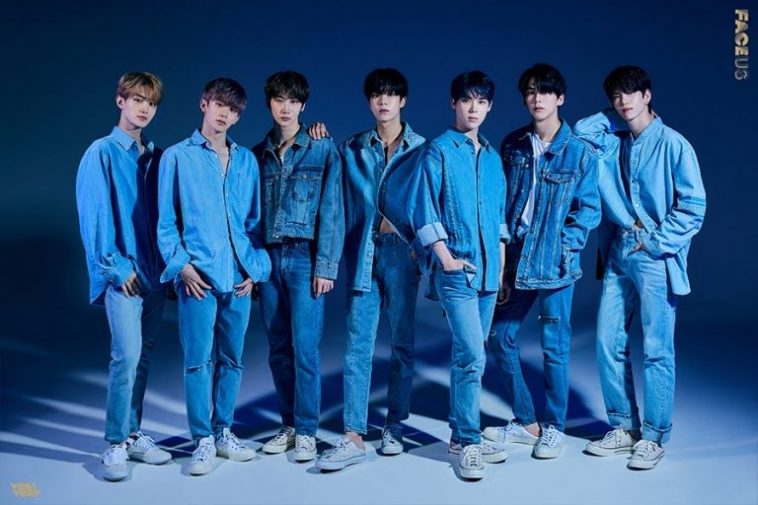 VERIVERY have skyrocketed to prominence following their successful debut in 2019. The 7-member boy group’s unique vision of dreams and reality, and the world around us sets the tone for their latest new mini album ‘FACE US’, where the group conveys their values and beliefs about a better future through their artistic vision.

Aiming to inspire young listeners with their empathy and warmth, VERIVERY have been making waves with their music, reaching K-pop fans around the world that have shown their admiration for their messages of hope.

Discover in our exclusive interview what’s coming next for VERIVERY, their musical inspirations and thoughts on the new album.

1. You’ve just launched your latest mini album FACE US. How did it come together?

VERIVERY: This album, FACE US, is the 3rd episode of our 2020 Face it series, and we’re going to try to create a better future, sharing the values that VERIVERY stands for with our fans.

2. Who inspires your music style?

DONGHEON: I get the most from my members and fans.

HOYOUNG: I think I get a lot of inspiration from my experiences with people.

MINCHAN: I usually get a lot from indirect experiences such as movies and memories with our fans.

GYEHYEON: I try to contact as many people as possible and not just one person. I think it is necessary to make good music in order not to be trapped in any frame.

YEONHO: I get a lot of musical inspiration from my fans, and my favourite dramas and movies, and as an artist, I often learn from many singers such as IU and Kim Pil.

YONGSEUNG: I’m inspired by songs and performances by senior-junior artists and groups. I also get a lot of inspiration and ideas from foreign artists.

KANGMIN: I think I get inspiration from various places, including our fans, acquaintances, everyday life, and favourite dramas and movies.

3. What’s your favourite track on the album?

DONGHEON: My favourite is the title track, ‘G.B.T.B.’.

HOYOUNG: I like ‘Get Outta My Way’ maybe because I recorded the first part that goes from whispering to verse rap. It’s a song that I’m very attached to.

MINCHAN: I like the fifth track of the album, ‘So gravity’ the most.

GYEHYEON: Mines is the fifth track in the album, ‘So gravity’ because it’s a precious song that tells the story of VERIVERY.

YEONHO: Our self-composed song, and the song ‘So gravity’ which tells the story of VERIVERY, is the best.

YONGSEUNG: Not to mention the title track, but I also love track number two ‘MY FACE’ as it’s a very impressive song with a unique sound and atmosphere.

KANGMIN: I like track number two ‘MY FACE’ the most.

4. How did the track G.B.T.B. come about and what does it mean for VERIVERY?

GYEHYEON: ‘G.B.T.B.’ was a song that felt like we were going beyond something, so these tracks and melodies were made, and it meant that it could be a hope for someone.

YEONHO: Title track ‘G.B.T.B.’ is a song that is designed to contain as many of our messages as possible, and it is a stepping stone for us to grow. We’d like to introduce ourselves to many people with this song.

YONGSEUNG: ‘Let’s overcome it together’ has lyrics and choreography tailored to the slogan of this album. As the third episode of the Face it series, it aims to move us to a better world with everyone who sympathizes.

5. Which bands and artists would you like to collaborate with in the future?

DONGHEON: I really want to collaborate or perform with VIXX.

HOYOUNG: I want to try a new stage with VIXX.

GYEHYEON: I want to collaborate with artists like Bruno Mars and Charlie Puth.

YEONHO: I hope I get a chance to collaborate with IU in the future if I become more advanced.

YONGSEUNG: I like the musical style of LAUV or Troy Sivan, so I want to collaborate with them someday.

KANGMIN: I really want to collaborate with Bruno Mars.

6. What can we next expect from VERIVERY?

VERIVERY: VERIVERY will try to show more people our different sides and colors, and VERIVERY will become a mature VERIVERY. We make great music and performances. Please keep an eye on stage. Thank you.