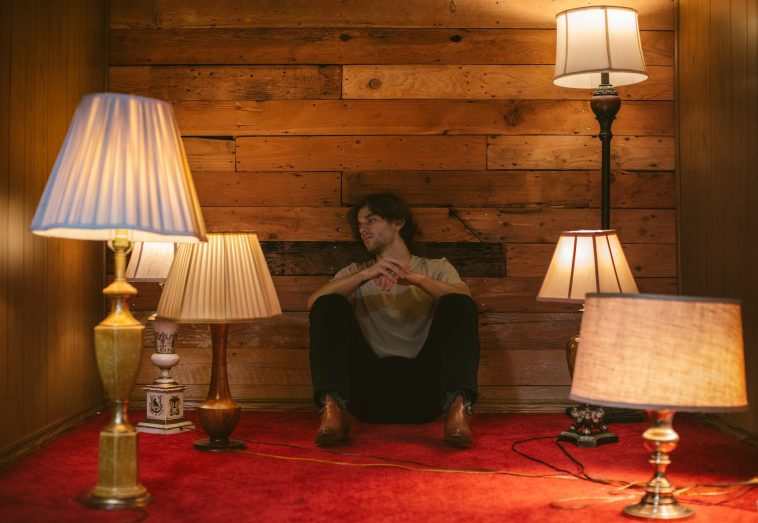 Jonah Kagen first caught the attention of millions on social media and streaming platforms with the release of his debut single “broken” in 2021. Following the success of “broken,” he teased listeners with several singles, including a collaboration with Matoma for the track “Summer Feeling,” while continuing to grow a dedicated fanbase. Kagen’s vulnerable lyrics and impressive vocals have effortlessly continued to capture the attention of new listeners. Recently, he released his debut EP, Georgia Got Colder, which features “broken” and consists of seven tracks in total. In an exclusive interview with CelebMix, the “georgia” singer opens up about the release of his debut EP and what fans can look forward to seeing from him next.

How does it feel to finally have your debut EP, ‘georgia got colder,’ out for the world to listen to and enjoy?

It feels incredible! I’m so proud of this EP. I’ve always dreamed of being able to put out a collection of songs that people would actually want to listen to. It’s so surreal!

You released a music video for the project’s focus track, “georgia,” to accompany its release. What can you tell us about the process behind creating that video and the inspiration behind it?

I wanted that video to truly showcase the place that I grew up in – Savannah, Georgia. It had such a massive impact on who I am as a person and I want people to see me as a human in that environment that has always felt like my home.

Which song on this EP was the most difficult to record or master?

“Georgia” went through so many different passes. It started off much more upbeat with live drums, but it just wasn’t quite tapping into the emotions that I was feeling when I wrote it. I tried tons of different things to try to bring that emotion out, and eventually I found exactly what I was looking for. Fortunately, I produced it myself, so I was able to sit with it, investigate the emotion, and make changes on my own.

The project includes your hit single, “broken.” Does it still surprise you to see how much love the fans have shown that track since it was originally released?

It is unbelievable how much support “broken” still receives! That song will always have such a special place in my heart.

If you could give a fan who just discovered your EP a quick elevator pitch about you as an artist, what would you tell them?

I would tell them I make folk-inspired acoustic pop music that typically centers around a guitar and tells a unique story.

What do you hope to accomplish in the new year when it comes to your music career?

I’d love to put out my debut album, release a duet, write for other artists, and go on another tour, hopefully headlining at some point!

Is there anything else fans can look forward to coming up?