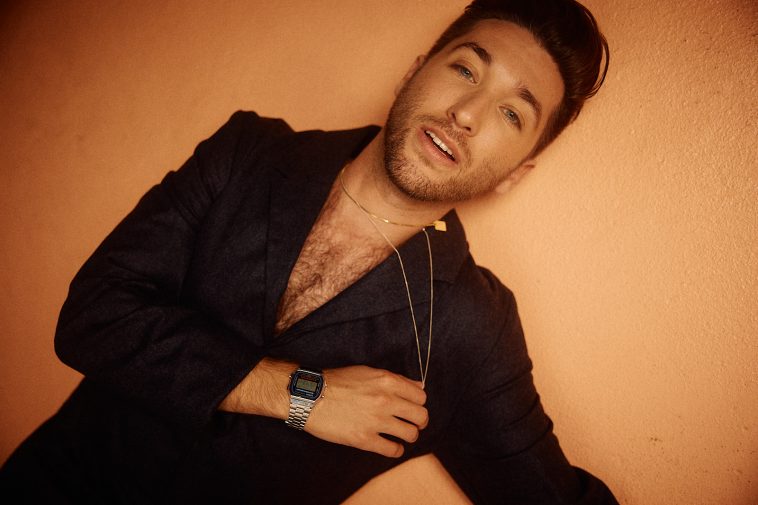 Singer-songwriter Justin Jesso has captured the attention of millions of listeners around the world with his dynamic vocals and heartfelt lyrics over the past few years. Recently, the “Best of Us” singer released his debut EP, Finding the Opposite of Loneliness, after sporadically releasing singles from the EP over the past few years. This highly anticipated project comes after the release of Jesso’s massively successful singles from the project, such as “Bigger Than,” and follows popular collaborations with other notable artists, including “Stargazing” with Kygo. In an exclusive interview with CelebMix, Justin Jesso opens up about his latest single “Drink Alone,” the release of his debut EP, and what fans can expect to see from him next.

What can you tell us about your latest single “Drink Alone” and the inspiration behind it?

“Drink Alone” is all about the process of getting over someone. People always say the best remedy is to get out, dance, drink, and meet someone rather than sit at home looking through old pictures of your ex on your phone. Of course, it’s easier to preach than practice. I, inevitably, just end up on the couch scrolling through old photos. After a break-up, going out can feel just as empty as staying in. “Drink Alone” really highlights the inescapability of getting over someone and realizing it just takes time.”

The video is about trying to drink your thoughts of your ex relationship away, but being unable to clear them from your mind. You can’t just paint over those feelings [and] you can’t drink them. You can go out with friends and forget for a little, but the memories of what you lost always come back no matter how hard you try to ignore them.

You recently released a music video for that track! Do you have any fun memories from filming it?

I do! Well, first of all there was paint everywhere, so it was definitely one of the messier shoots I have done. I also didn’t have enough people to act as my friends during the video [because] we shot it in Berlin and I didn’t have many friends in town at the time, except for my friend Faye Montana, and my friends at the label. When I got to the studio to shoot, there was a session happening next door with my friends Stevie B (an amazing songwriter), Tom Docherty (an amazing producer Ive known for years) and Declan Donovan (a super talented artist who i’d just gotten drinks with days earlier and almost toured with pre-pandemic). It was such a surprise they were there so I asked them to be in my video and they said yes!

What has the response been like from listeners so far when it comes to “Drink Alone” and the music video?

I think right now people are either with their families or lonely, or both. So I feel like this song plays into that loneliness and hopefully helps people feel a little less alone this holiday season.

“Drink Alone” is off of your album, ‘Finding the Opposite of Loneliness.’ Was it difficult to choose a single to release or focus on from this project?

It was…only because I am such a fan of all the songs on this project. “Drink Alone” is the final focus track, and is one of the simplest production wise on the project. It was produced by me and is pretty much a great piano part and a couple of harmonies and a bunch of FX. I’m really proud of it and feel like the stripped down feel of it gives it its own loneliness and desperation in a way.

Speaking of ‘Finding the Opposite of Loneliness,’ has any song in particular really struck a chord with your listeners or stuck out when you think about messages you have received?

This is literally my favorite part of doing what I do. The stories around “400 trillion” I get from listeners have been extremely moving. One specifically moved me to tears around a mother who reached out about her young son who had difficulties understanding and verbally expressing his emotions and how as a mother she had to come to peace with the fact that saying “I love you” was just something he wasn’t able to do. When “400 trillion” came on, she noticed it was helping him with some of these difficulties and tapping into his love of numbers. He asked what the song was about and the mother told him there was a 1 in 400 trillion chance that we are born the unique individual we are and because that chance is so tiny, it’s really special that we are exactly who we are and we should celebrate that. When she said that, she told me he responded with “I love you” and since then has been able to make great strides in his ability to express himself and better understand his neurodiversity. Honestly, that DM was so powerful and just really hit me hard.

Can fans expect to see any other music videos for songs off of this album?

Not for this album! I think we’ve done a music video for every song or at least a lyric video. I think “400 trillion” was actually the only one that got a lyric and not a full treatment. One of my favorite music videos off this project is the video for “Bigger Than” and “The End.” “Bigger Than” was shot in Norway and is about being bigger than your fears. I learned the day I shot the music video that the biggest fear I had at the time was my father’s cancer coming back. “The End” is just a beautiful story about a couple growing old together. It actually won a bunch of awards at film festivals and I’m super proud of it!

What can listeners look forward to seeing and hearing from you in 2023?

More music and more touring – follow me on IG or TikTok and you can be the first to know about both!

Stream Finding the Opposite of Loneliness everywhere here.