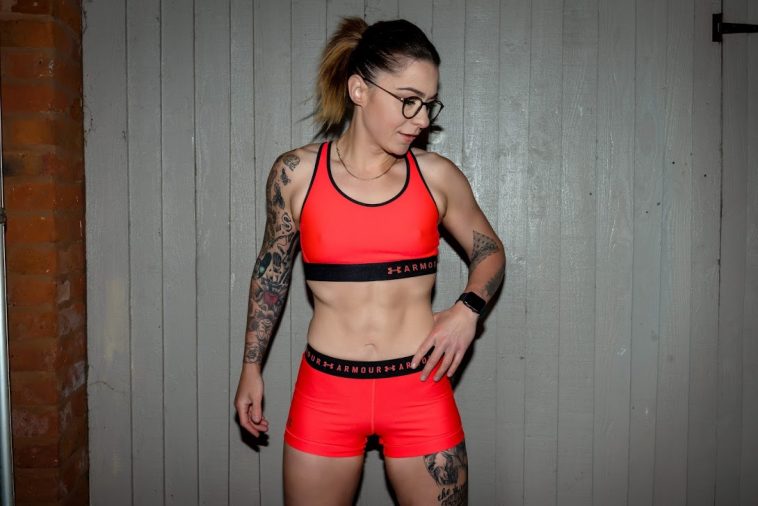 Singer/Songwriter Lucy Spraggan made a name for herself back in 2012 when she auditioned for the X-factor. Since then, she has released five incredible albums. Her latest record, Choices, was recorded during isolation and will be released this Autumn.

However, in terms of her personal life, Lucy has been on a rollercoaster ride. Sadly, in November last year, she took to Instagram to announce that she and her wife Georgia had split after six years together but on a more positive note she has managed to achieve an incredible three stone weight loss. She certainly has been experiencing many changes over the recent months. We spoke to lucy to catch up on everything that has been going on in her life.

You have managed to lose a whopping THREE stone, congratulations! What spurred you on to achieve this weight loss?

I didn’t lose three stone in lockdown! I shed about 5/6lbs in lockdown, but over the last couple of years, I’ve lost 3 stone. The majority of that was in the last year. For me, it wasn’t really about losing weight, it was more about the change in lifestyle and the way I felt. I quit drinking and that lead to finding fitness, which lead to learning more about nutrients and fuel for the body.

What does your diet and exercise plan look like?

I workout 6 times a week, I try to make that 3 days running, with 3 days strength and conditioning. At the moment, I have a calf injury so running is off the menu and I tend to do a lot of skipping and body-weight cardio as a replacement. My diet is 1900kcal a day most days, which I register with MyFitnessPal on my phone. Some days I don’t note what I’m eating and eat whatever I like. I’m really good at that! I just make sure I don’t do that more than once a week. I use a Myzone heart rate monitor (and an Apple watch) to keep an eye on how much energy I’m burning (around 600kcal on a normal day, 1200kcal if I do a long run, like a half marathon) and I make sure I am well fueled for the days where I will burn more energy. I hit macronutrient goals of 50% carbs, 30% protein and 20% fat. It sounds complicated but it isn’t! I don’t have a nutritionist or meal planner.

What are your top tips for keeping healthy and losing weight?

When I was losing weight I was on a calorie deficit of 1750kcal, so training 600kcal a day and eating 1750kcal means I was ending up on 1150kcal. At the beginning of this journey, I was only eating 1200kcal AND I was training. Don’t do that! Make sure you get active and stay fueled, but keep an eye on portion control. Also, don’t get hungry. Learn about macronutrients on YouTube!

A little bird tells us that you have also been sober for the last 9 months, how do you cope with sobriety during lockdown?

Nearly 10 months now! Sobriety has been great during lockdown. It’s been doomy enough without having to cope with hangovers of alcohol-induced anxiety. I honestly can’t imagine going back to my old lifestyle. I feel really privileged to have found sobriety and fitness, especially in these crazy times.

Are there some days that are more difficult than others to stay sober? If so, can you tell us more about the difficult days and how you deal with them?

For me, not really. There are stressful moments where what I call the ‘f*ck it’ moment starts to creep up. Like, ‘f*ck it’ I won’t work out today. Or ‘f*ck it’ I’ll eat way too much cake. I know it’s not nightmarish to give into those ones, so sometimes I do. But when it comes to booze, the ‘f*ck it’ moment is fleeting and swiftly goes away. I weigh up what the consequences would be and – quite frankly – I’m having too much fun to stop now!

Just to keep in mind that it’ll be over soon and I can get on with my life once it is. I am in the best frame of mind I have ever been in and instead of using another person, or food, or alcohol as a crutch, I can now rely on myself. It’s so liberating.

What are some of the biggest hurdles you’ve overcome during this time of change?

Probably being away from my friends and family. I’m a very social person and I’m rarely in one place for a long time. It’s taken a lot of adjustment to be at home but I’m really embracing it. I’ve been growing veggies!

You are recording a new album in isolation in Scotland this summer, what is it we can expect to hear from the album?

It’s an album with a lot more attitude to it than ever before. It’s very honest and describes where my head has been in the last year and where it is now. I think it’s my best yet.

Was there a specific reason you chose Scotland to record this album?

My producer, Pete Hammerton, fled London when the lockdown started. He took all of his equipment and headed up to Scotland. So that’s where I’m going!

We are excited to see you on tour this Autumn, what can fans look forward to from the tour?

Bloody hell. We’re going to put on a show and a half. I’ve missed it so much so it’ll be very special. Expect all the whistles and bells.

Finally, is there anything else that fans can expect to see from you in the upcoming months?

A very fun new single and video. VERY different. With motorbikes and dancers in it.

Choices by Lucy Spraggan is set to be released on 16th October, and it can be pre-ordered via her website. Following on from the album, she will be embarking on a tour this Autumn with dates both in Australia and the United Kingdom. Make sure you purchase your tickets to see Lucy, they are on sale now!

Have you got your tickets to see Lucy Spraggan yet? Let us know over on Twitter @CelebMix!