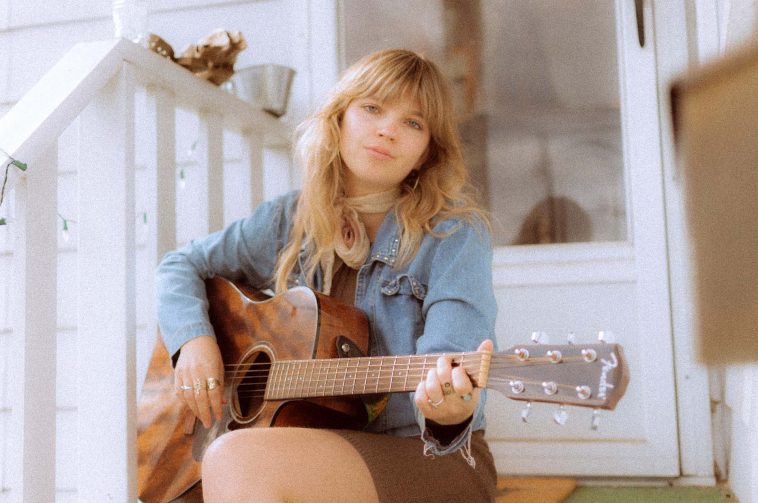 Rising singer-songwriter Maddisun is capturing the attention of countless listeners around the world with her experimental sound and dynamic personality. The “Don’t Say No” singer recently released her sophomore album, Home Is Where The Music Is, and embarked on a tour shortly after that is currently making its way through British Columbia. This LP follows her debut project, Self Reflections, which earned her over 200,000 streams worldwide after she shared it with listeners in 2020. In an exclusive interview with CelebMix, Maddisun opens up about the lead single off of her sophomore album: “Running,” touring and more.

What can you tell us about your single “Running” and the inspiration behind that track?

“Running” is a very special song for me! I wrote it before I left for Dublin (and then Los Angeles) earlier this year for music. I was inspired by feeling like I was “pulling the trigger” and really going for it. The song took on a soulful and classic sound right away. Sonically, for this one, I was inspired by Amy Winehouse, Johnny Cash, and The Eagles. It’s definitely a classic sound. When I wrote it, I was like ‘Oh wow, this is the one’ and I knew it would be a very important track on the album.

What was it like to film the music video for that song? Are you happy with the feedback you’ve received from fans and viewers since it’s been released?

Filming the music video was such an amazing and moving experience! I was out in this crazy desert valley in Osoyoos, with the rattlesnakes! It was amazing to actually film on location for the first time! I am so happy and grateful for the feedback and results the video has gotten so far! It’s shown serious growth from my last video release.

“Running” is a track off of your sophomore album ‘Home Is Where The Music Is.’ How does this project differ from your debut album ‘Self Reflections’ that you released in 2020?

The new album is definitely more cohesive. I have really refined my songwriting style to give a more recognizable “Maddisun” sound. The first album was so experimental, I played around with so many different genres. I still like to do that, and I don’t feel the new album is one dimensional either… but ‘Self Reflections’ was just my debut, and very much me figuring out my sound. I love it so much, but the new album is really mature and feels so on track for this new era of my music.

You’re on tour right now! What has been your favorite song to perform live?

Yes, and the tour has been amazing! I am currently loving playing “Don’t Say No” live when I’m with the band especially,. It’s been so incredible to hear it take shape live. I also really enjoy playing “True Me” live, more the solo version, because it has such strong and captivating songwriting.

Are you looking forward to any tour stops in particular? And going off of that question, has any performance stood out to you so far?

Yes, I am really looking forward to my upcoming performance at Baby G with “Breaking Sound” in Toronto! I love playing in Toronto…[it’s] such a music hub. My album release show stood out. Played a sold-out show in my hometown with an incredibly engaged and energized crowd! I was with my full band, I really let go on stage and it was just such an amazing night all around.

What do you want new fans discovering your music to know about you and the music you create?

I’m a super positive, happy, and sunny person. That’s why I’m Maddisun! My music comes from a very deep and honest place, and I write a lot about resilience and staying true to yourself. My music will make you feel inspired, uplifted, and confident in yourself. I think in today’s world, that’s the music we need, and I’m going to keep making it!

So much! I am working on new music videos as we speak, and also some follow up singles to the album in 2023. I will hopefully be adding international dates to my tour, too!