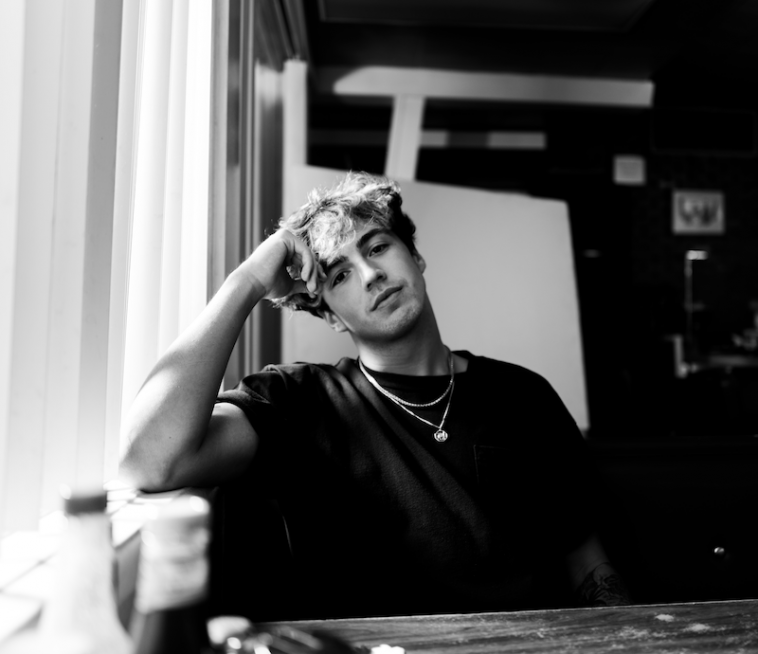 Surf Mesa is known for his smash hits heard on the radio and listened to by millions on streaming platforms around the world. As both a songwriter and producer, his discography includes successful singles ‘ily (i love you baby)’ ft. Emilee, which was recently RIAA certified platinum, and ‘Somewhere’ featuring Gus Dapperton. This March, Surf Mesa will make a marquee appearance at the unique M3F Festival, a non-profit music festival, in Phoenix, Arizona. M3F Festival donates 100% of proceeds to charity and focuses on organizations like Habitat for Humanity, the Music Therapy Program from Phoenix Children’s Hospital and the Leukemia & Lymphoma Society. In an exclusive interview with CelebMix, the “Another Life” producer opens up about recent singles, his upcoming festival performance and more.

How did your song “Another Life” ft FLETCHER and Josh Golden come about?

I was in the studio with Josh Golden when he started to talk about black mirror episodes which led to crazy music video ideas. From there, we had an idea of a love story plot to go to another universe to save a relationship. Enter “Another Life.” FLETCHER came into the picture after the fact and I’ve always been a fan of her.

You also released “Carried Away (Love to Love)” with Madison Beer last year that was then featured on the He’s All That movie soundtrack! What was it like to work with Madison and what was your reaction to the response from listeners?

I’ve been a fan of Madison’s voice for a while. This song was special to me and taking it up with Madison was the right move. I love her gentle voice on the song so much. I’m really happy it also resonates with all the listeners! She has amazing fans too.

Speaking of collaborations, who else would you enjoy working with or remixing a track of in the future?

I’ve been interested in everything Trevor Daniel has been doing. He’s absolutely crushing it since he dropped “Falling.” He’s also the nicest dude to exist too, [so I] would love to work with him. As far as my own remixes, I’m a huge Flume fan and really dig his last single, “Say Nothing.”

One of your tracks is still trending and can be heard everywhere around the world even years after its release…”ily (i love you baby)” feat. Emilee. Did you expect that song to completely blow up the way that it did? What is it like to see it still loved and listened to by millions with about 700 million streams on Spotify alone?

I’ll never be able to wrap my head around this number. Such a blessing every day to live the reality of what this track has brought to my life. I’m working every day to create something bigger, and work on my project as a whole. I never expected this song to reach the success it did, but I’m really happy it did.

You’re making a marquee appearance at the unique M3F Festival, a non-profit music festival, in Phoenix, Arizona, this March. What excites you about this particular performance?

I love Arizona so much. Actually, the first festival I ever went to was a TikTok festival and every artist had a 15 minute set slot. But it was cool because I went to it with my high school friends – this really inspired me to be the one on the stage playing for them and now M3F is where my high school friends are coming to see me!

Can fans expect new music, or even a full-length project, from you this year?

I can’t wait to release all the new music I’ve been working on! Stay tuned!!

What else can fans look forward to in the near future?