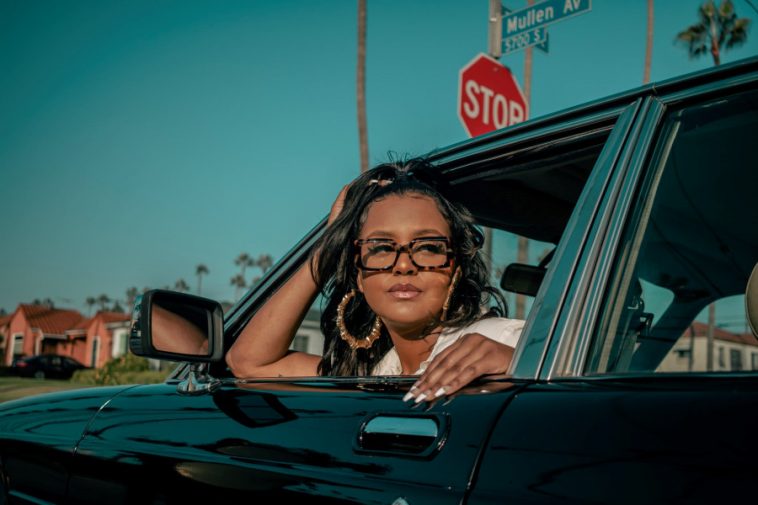 The upcoming album, produced by Grammy-winning Chailatay and Nate Fox, necessitated bringing a host of live musicians, including Stephan Hicks, Nigel Fergozo, and Brooke Magidson. The songs on the project reflect Fih delving deep into her feelings and experiences, ensuring each track evoked vulnerability.

Centered around lush elements of R&B, La Brea Baby merges an array of genres into evocative music that tells its own story through production and songwriting.

Fih, whose name is a condensed form of the number five, which is a masculine number with feminine traits, grew up surrounded by music. In 2020, after being sexually assaulted and suffering from PTSD, Fih began pursuing music because it provided a haven from which to express her feelings.

Since then, Fih has performed at multiple venues and festivals, including Leimert Park Rising’s ‘Pray for the Hood,’ along with headlining at ‘A Forest For the Trees.’

It’s one of those nuanced, luxurious voices rife with posh, graceful textures under exquisite lilting control.

Fih has it going on! “Tanqueray” simmers in swanky layers of seductive R&B, topped by the superb, yummy voice of Fih.