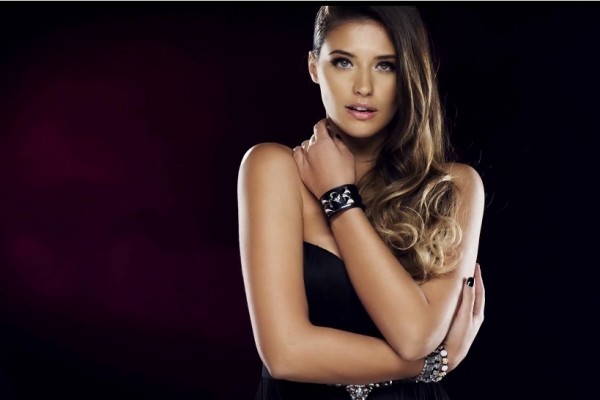 This week marks CelebMix’s five year anniversary so what better way to celebrate than to write about some of our favourite celebrities, this article is dedicated to Antonia and her brilliant music videos.

She launched internationally with a feature on Tom Boxer’s track “Morena” which became a hit mostly in Eastern Europe and later followed it up with a number one single in her home country of Romania, titled “Marabou”. She’s been riding her success in the music industry for the past 11 years now, and recently hit it big in 2018 with the song “Matame” which featured Erik Frank. She is considered to be one of the biggest Romanian female singers in the world.

Antonia has dropped some amazing visuals over the years, racking up over 300 million YouTube views on her channel, alone. Let’s delve into our five favourite music videos from her.

A beautiful music video to go with a beautiful song, “Wild Horses” is a track and a visual that you’re unlikely to forget for all the right reasons. Antonia is passionate throughout, as we watch her reminiscing alone on a bed. When Jay Sean starts his verse, he is seen in an abandoned building, with a yearning look on his face. This is such an emotional track and the video accompanies that brilliantly. Antonia is later seen performing the track near the piano, still with the built-up emotions that we saw in the bed scene. The ending scene sees them walking towards each other with passion, down a strip, where they hold each other, caress each other, only to walk separate ways.

Following on from Dua Lipa’s success of “New Rules“, Antonia soon arrived with “Hotel Lounge” that had a similar vibe with a tonne of female empowerment. Sexy from start to finish, the first scene sees Antonia in the shower as the beat introduces the track. Then we jump into what looks like a hotel lounge, or at least a hotel room where there’s also a sitting area, which Antonia and her girls are all lying on the couch. As the video comes to a close, there’s a dance breakdown which sees Antonia and her girls knock out some impressive choreography in what we presume is the hotel lobby before she gives her male-love-interest a lap-dance.

This is Antonia’s latest music video, and gosh did we have to include this one! Comedic from start to finish which also sees Antonia pay homage to her international hit feature on Tom Boxer’s “Morena”, we see her performing sexual poses with Alina Ceusan with laugh-out-funny scenes throughout. This is one music video you have got to see!

Popping with colours of yellow and blue in every scene, “Tango” is one of Antonia’s most stand-out music videos, purely because she’s used the dance training that she learned from Uite cine danseaza (the Romanian version of Dancing With The Stars / Strictly Come Dancing – in English, the show’s title translates to “Look Who’s Dancing”). Matching the song lyrics well, we watch Antonia dance with a variety of performers, starting off with four male partners, transitioning to a female partner, and then a shirtless male partner at the end.

Ending this list with one of her earlier music videos, “Hurricane” is one stunning narrative music video with performance visuals from Antonia and Puya throughout. We watch Antonia struggling with her relationship, flitting from the past and how they met – by working in a bar together, to him becoming a businessman, and his secretary hitting on him which leads to the problems in their relationship. It’s such a brilliant concept that relates to the song perfectly, that we just couldn’t stop watching this. Throughout the entire video, Antonia looks stunning, with her fashion on-point from start to finish.

What are your favourite Antonia music videos? Let us know on Twitter @CelebMix.