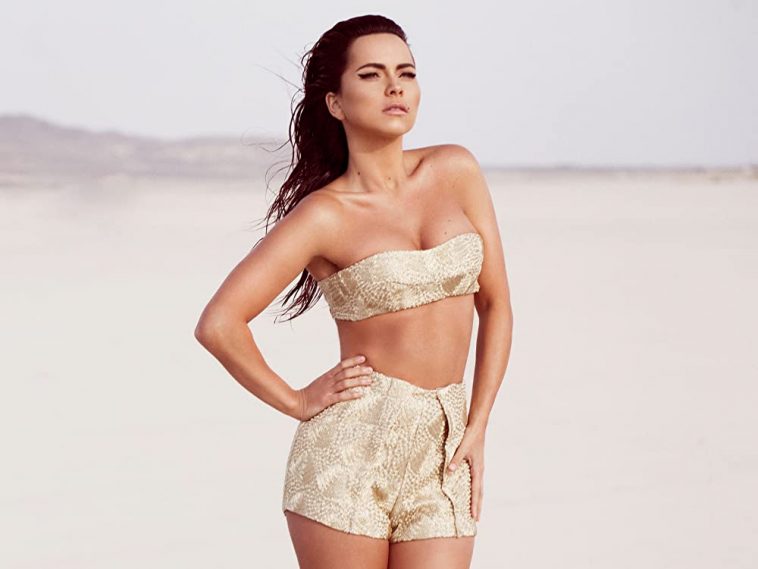 This week marks CelebMix’s five year anniversary so what better way to celebrate than to write about some of our favourite celebrities, this article is dedicated to INNA and her brilliant music videos.

It’s undeniable how incredible INNA is, having been in the music industry for 12 years and is one of the biggest Romanian female singers in the world. Her YouTube channel alone has over 3 billion YouTube views, and many of her music videos have reached over 100 million views. How we’re going to pick just five out, we do not know.

INNA is iconic and has given us some of the best visuals we have seen, so let’s delve into our five favourite INNA music videos.

We obviously had to start with her very first music video, the song that launched her internationally and charted all over the world. This was released in 2008 and is still completely memorable today. The visual follows a provocative dancer who has a secret admirer and argues at home with her partner. It’s a great narrative video that is unforgettable.

Before we launch into INNA’s more recent videos, we wanted to highlight another of her international sensational hits, “Sun Is Up”. Released in 2010, this song literally was the epitome of summer during 2010. It’s a pure performance video which sees INNA enjoying the sun and going out clubbing.

Obviously, this one had to be included, it may not have been a worldwide chart hit, but the music video has racked up 300 million YouTube views and is INNA’s most-viewed music video on her YouTube Channel. Full of middle-eastern influences, this music video was filmed in Marrakesh, Morocco. The song itself sees INNA sing in Arabic even though she doesn’t speak the language – she has spoken in many different languages over the years and shows how much she wants to connect with her fans.

You may think we’re cheating by including two music videos in one with this entry into our five favourite INNA music videos, but this is the same song and video, but one is the English version and the other is the Romanian version. This music video stands out as there’s a whole narrative from start to finish, and sees INNA falling in love. We can’t help but watch this video on repeat.

The last one to be included in this list was not an easy choice, we loved “10 Minutes”, “Club Rocker”, “More Than Friends”, “In Your Eyes”, “Cola Song”, “Heaven“, “Ruleta“, “Diggy Down”… the list really is endless – that’s a good music video too, “Endless”. But, ultimately, we chose “Gimme Gimme” because her fashion is on-point throughout, we see the streets of San Miguel de Allende, Mexico, and it looks like INNA had fun on set and that can be seen by the audience. It also has over 150 million YouTube views.

What are your favourite INNA music videos? Let us know on Twitter @CelebMix.