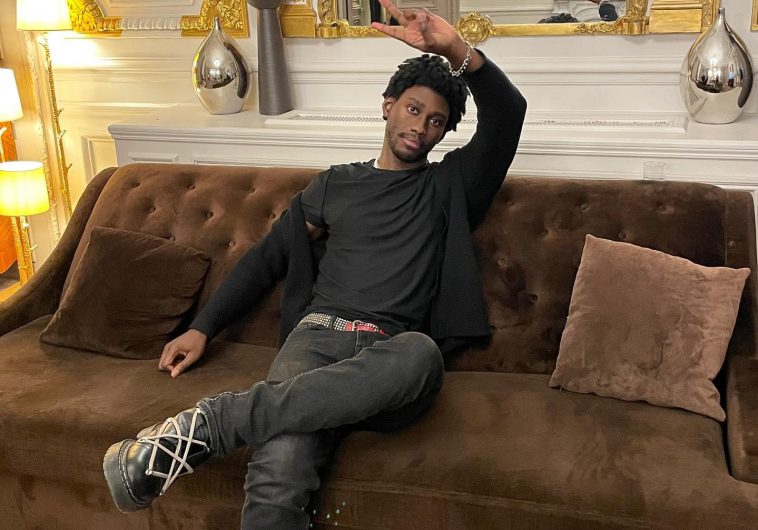 In his collaboration with Blaccmass, Freddie Wahter experiments with house music, transforming and twisting sub-genres to create this undeniably addictive single “Y2K!”. The track follows up his previous single “meet the maker” and was later followed up by the single “Still WOO” and the EP “3Peat“.

Freddie Wahter is a Toronto-based artist who is specializing in a variety of academic talents and skills including art, music, fashion, culture, and technology. He is the founder of the creative agency, Wahter Studio and has gone on to work with musicians such as Lil Peep and Smoke Dawg, as well as exhibit art in Canada and globally, giving a platform for Black and Indigenous People Of Colour (BIPOC). Taking inspiration from the variety of art in his life, Freddie Wahter’s music is an art form in itself, unlike anything else you’ve heard before, enforcing replayability on his listeners. This is evidenced in his latest EP, “3Peat“, which is his most-recent music release, as the tracks “Dragon Ball Freestyle” and “Vocal Function” – both also collaborations with Blaccmass – have quickly become his most-streamed Spotify tracks, with over 1.8 million streams each. It’s clear that Freddie Wahter’s artistry is off the scale, and it’s only a matter of time before this rising star becomes in demand.

Written by the artist himself, “Y2K!” is a fresh but indefinable house track that fuses jungle and minimal house with snippets of dance, EDM, and trap, to create a track as you’ve never heard before. The use of jovial beats and jungle rhythms flips the script on house music as a whole, with Freddie Wahter showcasing his skills and abilities to transform art into beats, chords, rhythms, and melodies. He takes apart everything we knew about this genre and gives us something fresh, incredible, and that’s never been done before. Rhythmically unforgettable, “Y2K!” is set to make a lasting impression on all who hear it.

“Y2K!”, by Freddie Wahter & Blaccmass, is available to download and stream right now, across all platforms, via Wahter Studio.

Let us know what you make of “Y2K!” by Freddie Wahter & Blaccmass on Twitter @CelebMix.