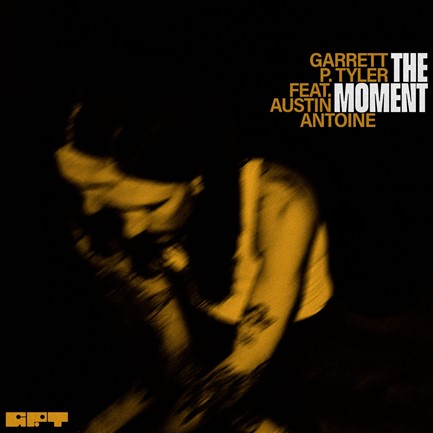 The love song brushes on how sometimes when you meet that special someone, it ends up becoming much more than what you had originally expected. In this case, what started as a romantic interest ended in an irreplaceable long-term commitment to the love of his life. An organic follow-up to “Lady,” “The Moment” touches on how love is like a magnet, drawing you closer to the person you desire.

Garrett holds that individuality reaches fruition through collaboration and community. He hopes his music serves to aid others to understand themselves and those in their periphery. Multi-talented, Garrett’s gifts include artist, drummer, musical director, producer, multi-instrumentalist, and educator.

With performances and clinics around the world, including the United States, Central America, Asia, the UK, and Europe, Garrett’s solo career also encompasses playing for Judah and the Lion, for King & Country, Local Sound, Pink Laundry, Jagwar Twin, and Christy Nockels.

His touring/recording history includes artists such as Charlie XCX, R.LUM.R, DAVIE, Casting Crowns, Fleurie, J. Human, Josh Wilson, and more. He has appeared on shows like Late Night with Seth Meyers and has shared the stage, opening for artists such as Billie Eilish, The 1975, The Killers, Tim McGraw, Keith Urban, Sam Hunt, and Blake Shelton.

As the song culminates, luminous layers of coloration top the escalating rhythm, at once vibrant and deftly syncopated, imbuing the harmonics with sumptuous washes of sound.

With “The Moment,” Garrett Tyler establishes his bona fides as a superb artist, delivering a song at once soft and powerful.