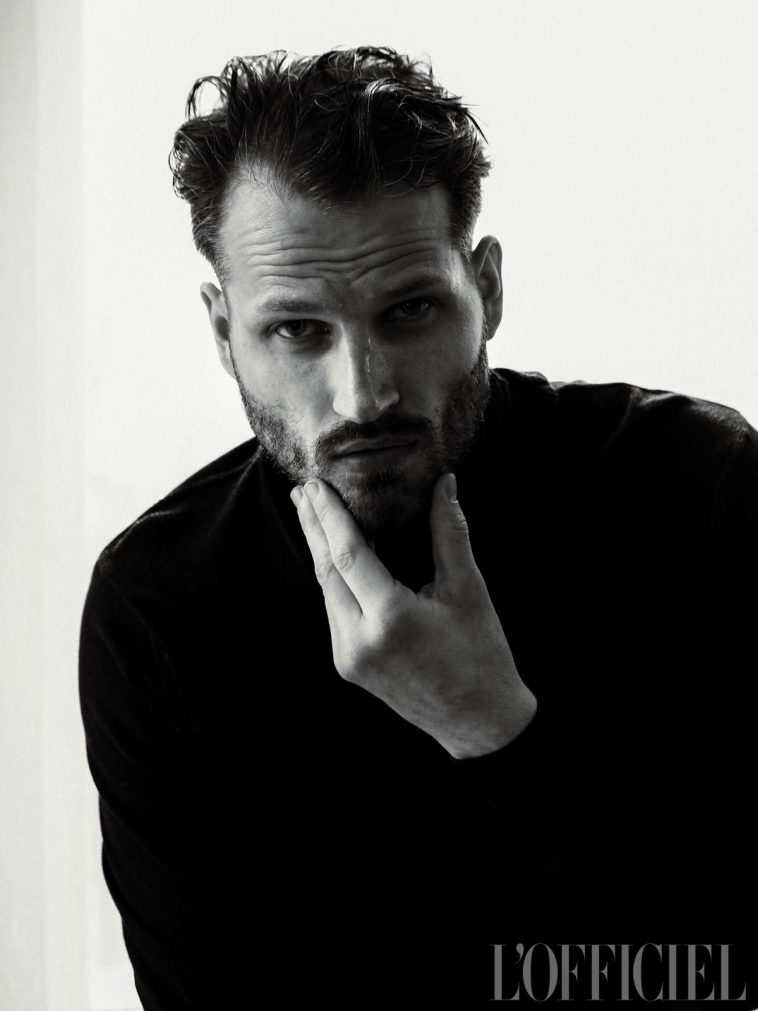 Supermodel David Koch to notch up in the domain of fashion modeling and lifestyle, this time on the cover of L’Officiel.

To brighten up your screen with all good looks, David Koch is here to swing the strings of your mind and heart. Prominent and promising in the industry of modeling, David Koch is now notching up by showing up on the cover of L’Officiel this time. Winning hearts since 2011, David Koch hailing from Frankfurt Germany is on top. Starting from just showcasing his jaw-dropping looks in the domain of modeling he went up to the fields of hitting the runway first of Paris Fashion week for a prominent designer Thierry Mugler and later for Jil Sander at the Milan Fashion week. Creating a buzz there, his fate and hard work along with good looks took him to the gigantic fashion brands of the century, Calvin Klein, Giorgio Armani, Dior, and YSL wherein he walked the ramp for the same.

To further notch his career in the domain of modeling, David moved to Milan where he was offered good fashion shows. Sooner after that, he shifted back to the Fashion Capital of the world Paris where he built his connections even stronger for a better future opportunity was unstoppable after that.

This gave him a boost and his work was admired by many designers and successful brands who approached him. His pace couldn’t slow down when he got a contract to work with brands like CK, Dior, Armani, and YSL. He was chosen as the brand ambassador for the Emporio Armani briefs campaign. To add another diamond to his cap, he appeared on the cover of Vogue Italia in the year 2019.

Stating about his personal life, as mentioned he’s one of the hottest and fashionable male models of this time. He is 29 and is sincerely after the famous soccer team Borussia Dortmund. This quotes his love for sports. Before getting into the business of fashion and modeling, David worked as a mailman and his journey sets a benchmark for those who believe that they can, as now he owns his brand named ‘David Koch Style’. He is currently living with his girlfriend in Duesseldorf and is one of the prominent in his domain across the world.

This doesn’t end here as he got featured in the L’Officiel India magazine which is one of the biggest hits of today’s time in the field of fashion and lifestyle. David Koch is on the cover of L’Officiel 2021 and is already a big hit.

David embodies all the features of a model who swings your breath for once with his looks and style statement.

Beginning from photoshoots to hitting the runways for prominent designers and then becoming the brand ambassador for worldwide renowned brands like CK, Armani, etc. he came a long way, and now he’s unstoppable as he’s one of the desirable models of the time.