For many years now, Zoe Sugg and Alfie Deyes have been two of Britain’s most famous and most popular YouTubers. However, they have lashed out on Twitter over the last few days after ‘stalker’ fans were seen peering over the fences of their million pound home in Hove.

The couple, who have been dating since 2013, moved into their new home at the beginning of the year but their address and photos of the inside of their home were plastered all over the British press in January, much to both theirs and their fan’s dismay. Since then, both Zoe and Alfie have regularly been complaining of people camping outside their four bedroom home and have begged for privacy, although it seems it was never given.

It seems that the pair really lost their temper on Monday after a series of tweets from the two, once more begging for them to be allowed privacy.

Really starting to lose my patience with people just turning up at our house & peering in or ringing our bell ? makes me hate my house! ?

without us realising..I see you! I'm on the sofa in my pyjamas relaxing. Go away. If you want to meet me, I love that! Come to a meet up :)

just like everyone else who wants to meet me does! You can't just drive to my house & climb our walls, that's really not fair!

Sorry to moan, but if you guys realised how many times a day this happens, you'd understand why I get annoyed ? 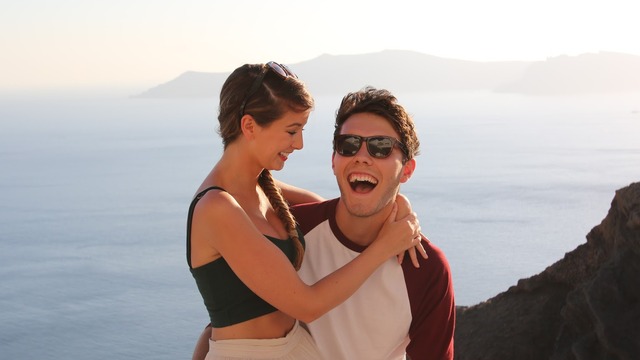 After these tweets were posted, British newspaper the Daily Mail published an article relating to the couples tweets but still included photos of the interior of their home. Last night, Zoe later hit back at the paper with yet another tweet.

The irony in the fact the @DailyMailUK are posting about people visiting our house yet they were the ones who gave away where we lived ?

It’s completely understandable for Zalfie to want some privacy in their own home and is very odd for anyone to not understand that fact. The pair have every single right to criticize their so called fans for regularly trespassing on their own, private land. It still needs to be seen that whilst they are famous in a rather abnormal way, they still have to have privacy and their viewers should now nothing about them that they don’t publicly reveal, especially such private things as where they live. It’s clear that no one one would like to be in their situation and have people camped outside their home for hours on end just to get a selfie.

The couple are currently on holiday for New Years so let’s all just hope they can enjoy it and have some peaceful time off. Tweet us your opinions at @CelebMix and we may give you a follow!