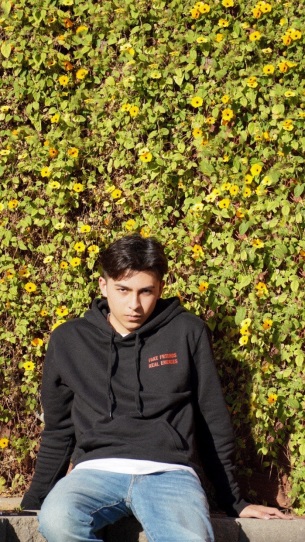 From shopping to education, everything is transitioning into the digital landscape. The world is amidst a digital transformation, and saying that it is technology’s greatest product will not be an exaggeration. The rise of eCommerce, remote working, and digital marketing are all results of this transformation. These have, without doubt, made lives convenient and simple for the people. Not only this, but the digital revolution has helped unlock the doorway to new career opportunities, especially for Gen Zers. As the world moves further into this digital age, the trend of blogging and vlogging becomes common among youngsters. Travel vlogging on YouTube, food blogging on Instagram, and video game live-streaming on Twitch; there are young social media influencers creating content in every niche. The rapid increase in the number of social media influencers is something that cannot go unnoticed.

The rise in social media influencing has helped the world discover talented individuals who otherwise would have passed under the radar. The world knows about the most followed accounts on each of the social media platforms, but there are some others that deserve to enjoy the spotlight. One such individual is Carlos Castillo Diaz. He is a Tik Tok star, popularly known as Charlie Diaz., who joined the platform in 2020. The reason to bring the name of this 19-year-old social media influencer up in the discussion is not that he acquired rapid fame as an influencer but because his life is a source of motivation for many.

Pursuing multiple interests simultaneously is not easy. The ability to create a balance between multiple interests demands extensive efforts. Maintaining this balance without losing the peace of mind of calmness is called multipotentiality. Unfortunately, not many possess this trait and end up giving up one or the other of their passions. Carlos Diaz is a mutlipotentialite, and the way he is managing his success with his passions is worth the praise.

People who religiously follow social media celebrities know Carlos Daiz as a Tik Tok star who successfully built a network of more than 250k followers in a short time. In just a couple of months, his videos acquired about 7 million likes. This is an achievement for any social media influencer. The fact that Carlos got this much fame in such a short time makes him the ‘talk of the town’ in the world of social media influencing. While this has helped Carlos build his portfolio as an influencer, this is not the only thing he has achieved in his life.

Born to Maria Teresa Diaz and Leandro Diaz Perez in Nipomo in California, Carlos Castillo Diaz is a young soul with multiple passions and interests. He is much more than just a Tik Tok star or a social media influencer. He is an active athlete and has loved sports since he was a kid. Playing soccer and tennis brought great satisfaction and happiness to Carlos. It was not just a hobby but a passion for him. He did not only enjoy playing soccer and tennis, but he was also an exceptional player.

He began practicing soccer when he was in Dana Elementary School. He continued to play the sport in his middle school, Mesa Middle School. To further his love for sports, he became a part of the Central Coast Condors club. He participated in hundreds of local tournaments as a part of this club. Not only this, but he also played in Copa Chivas, an international tournament. As the players of the club went into high school, the team began to dissolve. Even this did not convince Carlos to give up sports. Instead, he improved his skill in high school. He was nominated for second-team all-league in his sophomore year. In addition to this, Carlos acquired the title of MVP in 2017 in tennis. His efforts and dedication helped him turn his passion for sports into a lucrative career.

Heading Towards a Stable Career

The portfolio of the multipotentialite Carlos is not only confined to sports and social media. He entered California State University after graduating from Nipomo High School in 2019. While pursuing his passions, he did not compromise on his academics. Carlos is determined to build a strong career. To aid his mission, he is pursuing a degree in law and sociology. He is not doing that just for the sake of studying, instead, he wishes to build a strong portfolio and adopt it as a career in the long run.

Carlos Diaz, who entertains his followers with his funny-yet-satisfying lip-syncing videos, is an individual with a diverse portfolio. He creatively uses song lyrics and comes up with funny recordings. Surprisingly he does that just for entertainment. He states, “Entertainment helps people divert their minds from the everyday pressure of lives.” Unlike other social media influencers who give up on their careers and futures for the sake of their social presence, Carlos is working to maintain a balance in life. Without compromising on any of his passions and dreams, this determined young individual has built a prominent identity in the world of social media. Besides this, he is enrolled in a university program and is also serving as a team captain for soccer and tennis teams, bagging the title of MVP in both sports.

The Californian Carlos may be a social media influencer for the world, but his life is an inspiration. By creating a balance in his life, he is motivating all individuals who believe life is too short for pursuing all their passions and chasing their dreams!