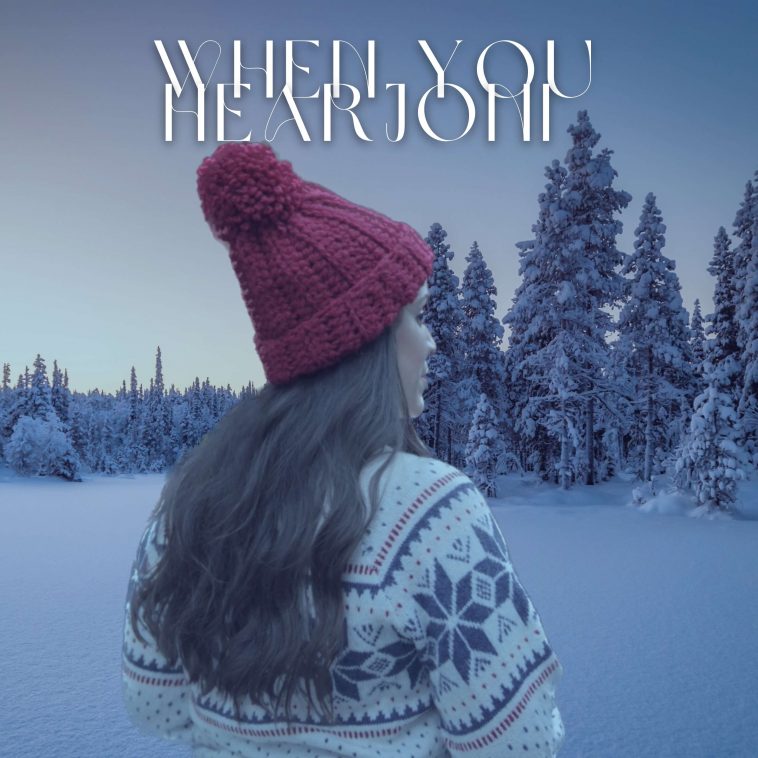 A Christmas song with a twist is certainly what this is, as Gina Naomi Baez takes a rare feeling that we can all relate to and plunges it into her new twinkly track, titled “When You Hear Joni”. Clearly inspired by the Joni Mitchell track, “River”, this new Christmas song takes the memory of heartbreak whenever you hear a particular song, in this case, it’s the popular Joni Mitchell track. This follows up Gina Naomi Baez’s EP titled “Ginita”.

Gina Naomi Baez is an actress, singer-songwriter, YouTuber, and influencer from New York City. Her acting career has seen her landing roles in Spike Lee’s “She’s Gotta Have It”, “Orange is the New Black” and CBS’s “FBI”. On top of that, she’s had quite a few Off-Broadway roles including playing Celia in “Rattlesnake Kate”, Esmeralda in “The Hunchback of Notre Dame”, Dulcinea del Toboso in “Man of La Mancha”, and Agnes in “A Taste of Things to Come”. She went viral a few years ago when her “Lizzo’s Truth Hurts x Hocus Pocus” parody music video was shared by both Lizzo and Bette Midler; in doing so, the video is her most-viewed video on her channel with over 200,000 views, and the song has become her most-streamed track on Spotify with 80,000 streams. Her music career has seen her release a number of singles and a couple of EPs. Her dedication to her career is inspiring and her work ethic is certainly something fans will look up to.

Written by Gina Naomi Baez and Meghan Kabir, with Jessica Karpov (HARLOE) producing the track, “When You Hear Joni” is an emotional song filled with a traditional sprinkle of Christmas beats and melodies. Sombre and gentle, the track is certain to hit you right where your heart is as you easily relate to the storytelling lyrics that are wrapped around the wintry setting. Gina Naomi Baez easily impresses with her vocals, adding passion and heart to every single word. Giving chills with the cold production mixed with her stunning vocals and relatable lyrics, “When You Hear Joni” deserves to be added to your Christmas Playlist.

“I worked with two amazing female songwriters/producers on this song and concept, Meghan Kabir and I really dove into the idea of Joni Mitchell’s ‘River’ as the song that sparks a heartbreaking memory. We then worked with HARLOE ie: Jessica Karpov on production and making the song sound like a classic Christmas song, with a melancholic nature like the snow was falling down slowly throughout the entire song,” Gina Naomi Baez said of the song. “I love getting into my feelings during the holiday season. I wanted this track to remind people of a classic Christmas song but with a twist.”

Stream “When You Hear Joni” by Gina Naomi Baez on Spotify here:

“When You Hear Joni”, by Gina Naomi Baez, is available to download and stream across all platforms, right now.

Let us know what you make of “When You Hear Joni” by Gina Naomia Baez on Twitter @CelebMix.