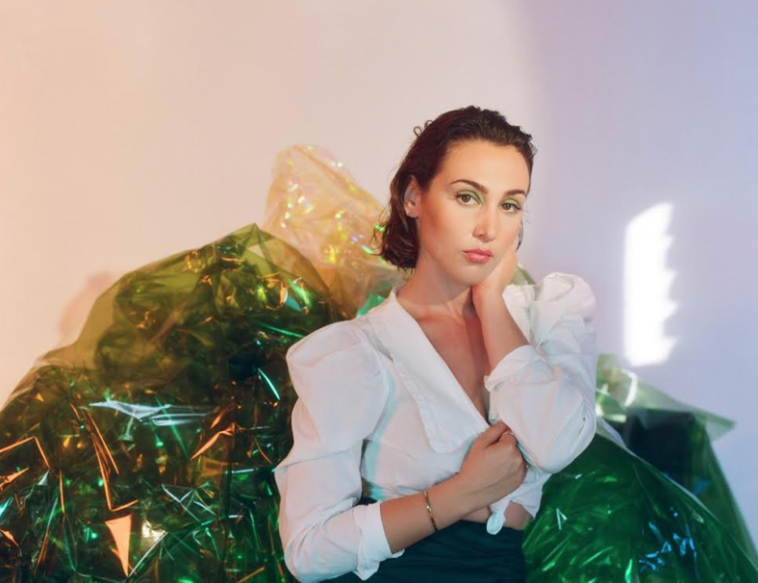 Grammy-nominated producer and songwriter, HARLOE, is back with new music due to the release of her debut EP: Rivers Run Dry. Touching on the themes of love and vulnerability, HARLOE’s new project guides listeners on a journey full of mystery and acceptance regarding the unknown. Her visuals, including a special music video for ‘We’re All Gonna Lose,’ connect her lyrics to an optical experience that bring each individual story and message to life. HARLOE opened up to CelebMix about her debut EP, dream collaborations and more.

What can you tell us about your new single ‘We’re All Gonna Lose’ and the inspiration behind it?

The inspiration is basically me realizing that no matter what way you frame it, we’re all going to lose at some point… so we may as well try to find comfort in that.

And there is an amazing music video for the track! What is your favorite part about creating visuals for the songs you release?

I love that I get to be a little more clear about what I’m trying to say and bring the song a little bit of color.

After working with some of the biggest names in the industry, including Nick Jonas and Celine Dion, HARLOE is now heavily focusing on her own solo music. This has allowed her to continue to establish her platform and gain supporters from across the globe. Specifically, the release of her debut EP has given listeners a bit more insight on what her sound and purpose as an artist is and remains to be currently.

Speaking of new releases and what you’re working on, you have also written songs for some major names. How has your experience working with other artists influenced the way you continue to create your own music?

It’s influenced it so much, and now, making this project…I can really see it. I am a lot more open because of the ability to try stuff out that I normally wouldn’t maybe try, because another artist wanted to try it. I kind of wear those clothes for a day, see if I like how they fit, and then when I’m doing my own project, I’m like “oh, I remember that feeling, I want to tap into that again.” It’s a growing opportunity.

The response from both new fans and previously established supporters regarding her debut EP has been incredibly successful already. With nearly 2 million monthly listeners on Spotify alone, it should not be much of a surprise that HARLOE has a strong and dedicated fanbase supporting each new single and project she has released thus far. And in regards to the rest of the year, the young star already seems to have big plans in place.

Regarding the rest of 2020, what else can fans look forward to?