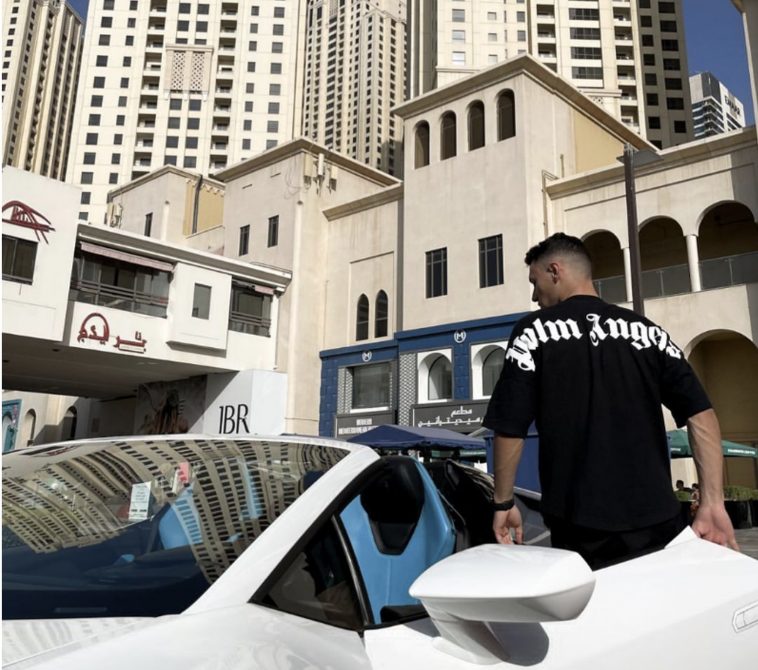 There was a time when ‘life coaching,’ ‘motivational workshops,’ and ‘confidence building exercises’ became a global trend. People worldwide paid to attend these events in hopes of regaining their lost ‘self-confidence’ or transforming into the best versions of themselves. Highly acclaimed motivational speakers would step onto the podium and utter a few words of wisdom, instill hype among the audience, and encourage them to get their life together by building a champion’s mindset. While these were very energetic events and brought back hope in the lives of many, their impact was short-lived. People would forget the words as soon as they stepped out of the hall. The role of these events is indeed worth noting, but people today are more about living examples than they are about words. People want to see how people who follow these tips, hacks, and lessons acquire success in life.

The term ‘champion’s mindset’ is tossed around in such conferences a lot, but it has seemed to lose its charm and effectiveness. People look upon it as something idealistic, far-sighted, and sometimes even a myth. Thankfully, there are examples proving to these people that a champion’s mindset is indeed one of the key elements of success in this world. Even with immense talent and exceptional skills, one may fail to achieve their goals in life if they do not have a champion’s mindset. The Winning Mindset: Secrets to Growing Your Life and Work and Achieving Success is a book that hit the markets on April 20 last year, focusing on building a winning or champion’s mindset. It is a handbook that enlists the secrets to build a successful personal, professional, and social life. The question is why among the many books in the genre, this is under the spotlight?

The Winning Mindset, a 150-page handbook, is authored by a man who is a living example of leading life with a powerful mindset; Alessandro Lamburghini. Born and raised in Rome, Alessandro is not just an author but also a successful entrepreneur and an active philanthropist. Setting up and then taking his online business to success, Alessandro is one who built his life from scratch. He was not gifted or born into a very wealthy household, but he was determined to make a beautiful life for himself.

A High School Graduate and the eCommerce World

Alessandro is a 25-year-old Italian who has acquired a firm standing in the world at such a young age. His determination, zeal, and headstrong personality led him to create opportunities while others were busy following the steps of the world. After graduating from [name of high school], Alessandro vegan searched for opportunities. Born as a Gen Z, he was well-versed with digital tools and the online corporate landscape. While being an active user, he understood how this was an opportunity for him to move close to his life’s goal.

After completing high school education, it was time for him to explore the world of eCommerce. It was definitely an industry that had bought success, wealth, and fame to many individuals as well as companies. But many eCommerce stores saw a rapid decline. Being a bright young boy, Alessandro navigated the industry, researched the failures and successes in the online world, and strategized for his own startup.

Alessandro carefully developed a strategy with social media marketing at the helm of its growth plan. This intelligent move led his eCommerce company, [name of his business], to become a market leader in no time. His strong will helped him identify the opportunity that lay in the eCommerce world, and his thoughtful approach allowed him to take his business towards sustainability. Today, his online business has become a leading entity in the market, bringing him immense fame and wealth.

But things did not stop here for Alessandro.

Becoming an entrepreneurial success is sometimes the destination of many, but Alessandro turned his successful business into an opportunity to enhance his portfolio further. His business was now a success, and his hard work had helped him achieve an ‘auto’ mode where everything ran smoothly and was perfectly streamlined. Realizing this as an opportunity, he decided it was time the world benefitted from his success. He knew helping people build a champion’s mindset was one of the best ways to assist all those struggling. This would help address the root cause of failure. Alessandro began offering private mentorship sessions to all, including entrepreneurs. While this helped him establish an additional income stream, it also turned him into a philanthropist where he was helping bring long-term benefits to all those struggling.

Unlike many successful individuals, Alessandro believed in sharing his wisdom, experience, and learnings with all those willing to acquire success in life. This mindset led him to author two books to further assist people in living a life they always dreamed of and desired. Besides offering pro tips on building a winning mindset, he authored The 10 Commandments to Succeed on Instagram to make people understand the significance of social media marketing. Alessandro is indeed the perfect example of the world in which people struggle to achieve their goals in life. He reinstated the lost hope and trust in motivational and confidence-building workshops, emphasizing how a champion’s mindset leads to a bright present and a prosperous future.