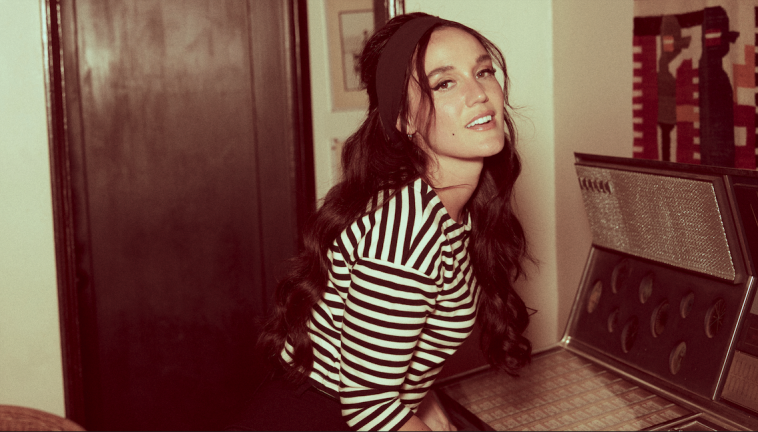 Hayley Sales has unveiled her latest poignant new single and visuals for “Lifeguard”.  The singer/songwriter and actress is known for her raw and candid storytelling, soulful vocals and piano driven pop music that combines elements of Jazz and blue-eyed soul for an enrapturing nostalgia dipped musical experience.

Her single “Lifeguard” was written during the most difficult and trying time of her life, the songwriter confides that she experienced a friend’s and finance’s betrayal from a lie that left her without love and support. She details, “someone tells a rumor. It spreads with the fierceness of a wildfire and lights up the imagination of the entire city. For me, it’s a painfully true story. I lost my boyfriend of many years. I lost my home. I lost my friends. My reputation.” With this pain and tragedy, Sales felt completely alone, dejected and deceived but she soon channeled her anguish into an attention-grabbing indie pop single that is as fierce as it is relatable.  Featuring soaring vocals over moody piano chords and lush soundcapes, “Lifeguard” is a haunting and enticing single.

In the accompanying visuals, Sales is seen fighting with a boyfriend in the dead of the night. At a party later that evening, her pervious friends wear scary masks and taunt her, further highlighting the intensity and horror of the abandonment.

Haley Sales is not only a prolific songwriter but also an acclaimed actress, landing rolls in popular films including DEADPOOL 2 and TV shows Supergirl and Girlfriends Guide to Divorce among others.  Her recent single “Never Before” was a collaboration with acclaimed actress Sharon Stone and received critical acclaim, garnering attention from the likes of Billboard.