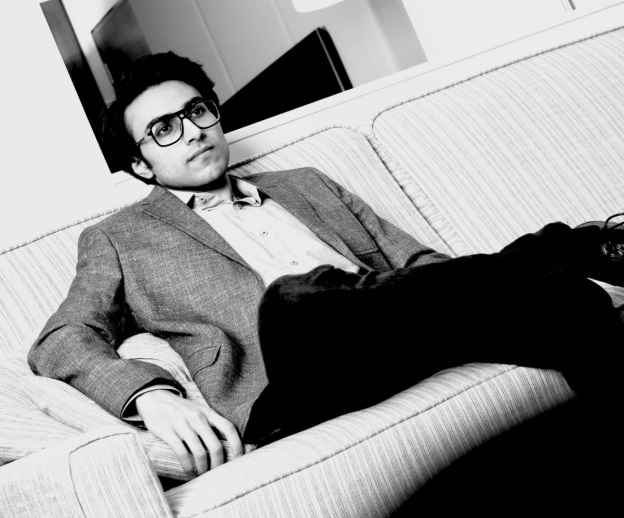 “Go to college if you want to succeed in life!”, an extremely common saying among the society, but just how true is it?

In recent years, the percentage of young people abandoning their college/university education in order to pursue their entrepreneurship dream is rapidly increasing. These individuals have started to replace classroom learning with gaining working experience.

Nabeel Ahmad, founder and CEO of Skyray Ventures, one of the fastest growing companies that owns various companies in different industries including technology, media, and marketing, is one fine example of a successful entrepreneur who proved that one doesn’t require a college degree to earn success and fame.

Nabeel comes from one of the wealthiest cities of Pakistan, Lahore. But, he belonged to a middle-class family. Nabeel shared how he never celebrated school or the fact that he used to get the best grades, simply because school was the one thing that he never looked forward to.

Nabeel says, “I never saw value in classroom learning, I felt it constricted my ability to learn.” He started being more absent for his classes during high school, but still managed to top all of his exams. Nabeel prefered learning by himself at home, rather than at school.

In 2016, Nabeel headed to the United States to continue with his college education. This was when he realised just how passionate he was about entrepreneurship. Nabeel would read up on Mark Zukerberg and Bill Gates, and couldn’t help but feel inspired to follow their footsteps.

Eventually, Nabeel dropped out of college during his freshman year. Till date, he believes this to be one of the best decisions he had ever made. Without wasting any more time, Nabeel embarked on his entrepreneurship journey.

Nabeel started experimenting in being a part of several industries in the hopes of trying to understand how different industries work. From marketing to cryptocurrency to PR, Nabeel gave it his all.

After several failures, Nabeel hit success with one of his companies, Mogul Press, one of the fastest growing PR firms around the globe. Nabeel saw that there was room for disruption in the PR world, because their traditional methods were becoming more and more redundant.

“I believe there are two major components to PR; knowing the decision makers and positioning,” Nabeel said, “whereas, most PR first simply relied on pitching and guesswork, which rarely leads to results for clients.”

Nabeel did hundreds of his own pitching and finally managed to master both of these components. Moreover, during these periods, he had also managed to become a columnist on some of the world renowned media publications.

This allowed him to have professional relationships with the right people, basically the decision makers, which further secured coverage for his clients. Nabeel said, “Mogul Press is based on results, not on guesswork. Our clients don’t pay us for pitching or guesswork. They only pay for results.”

Today, Mogul Press is a 7-figure company, generating $100,000 per month. Nabeel is working towards making it an 8-figure company by 2021, by continuing to disrupt the PR industry.

Furthermore, another one of Nabeel’s companies, Skyray Media Group has been making rounds in the online media industry. This particular company of his is a leading media and entertainment company that creates and distributes premium and popular content from a diverse array of talented storytellers and journalists to global audiences.

Although Nabeel knew that he would be breaking the norms set by society, he chose to pursue his dreams without any kind of fear. Nabeel’s success story has been making waves all over the world, proving that a degree isn’t something that should hold you back from your entrepreneurship journey.