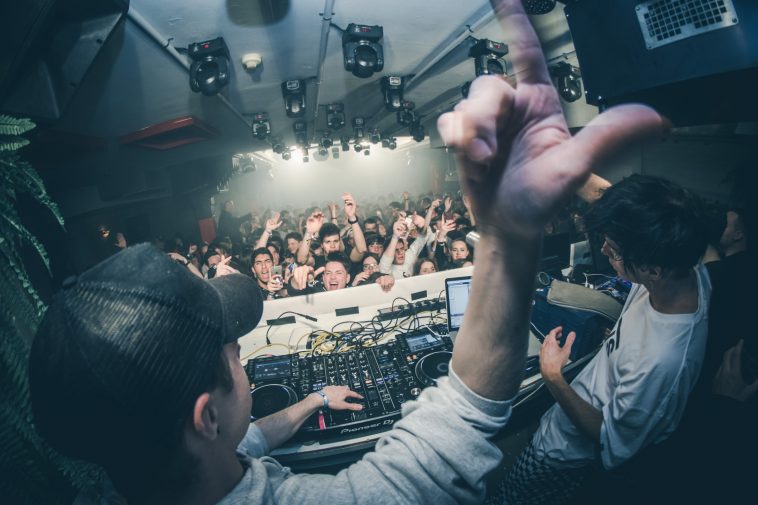 Italian DJ duo Subsurface started their career in 2010 after meeting at a party and discovering that both members have a passion for electronic dance music. After their first gigs in their hometown Bolzano (Italy), they quickly chose to move away from conventional club music and were signed to local label Culture Assaults Records, which allowed them to gain prominence in the early Italian and Austrian dubstep scene. Heavily influenced by bass music pioneers Skrillex and Zomboy they began producing their own music, leading to the release of “Mr. Magician” feat. Leanne Louise on Moshbit Records in late 2015, which received over 250.000 streams in a short period of time.

In October 2016 Subsurface released a remix of The Chainsmokers’ single “All We Know”, which went viral on Soundcloud and had millions of streams in a matter of weeks. In January 2017, they capitalized on their recent popularity by releasing another remix of The Chainsmokers’ track “Paris.” The remix was featured on Youtube channel Trap City and includes cover vocals by British singer Shaun Reynolds and Swiss singer Romy Wave. It was their most important release to date, and it cleared the path for their first overseas headline gig a few weeks later at Somnium Festival Peru.

The duo developed their presence in the Future Bass scene in 2017 and 2018, consistently releasing new music and receiving backing from worldwide musicians such as The Chainsmokers, Timmy Trumpet and R3HAB. In early 2019, they embarked on their first bus tour, which took them to three different countries and included a performance at BCM Planet Dance, a DJ Mag Top 100 nightclub (Mallorca, Spain). They’ve also been chosen for the official live stream of Austria’s Electric Love Festival, which has been broadcasted live internationally across all platforms.

Subsurface had to cancel more than 60 gigs scheduled for 2020 due to the COVID-19 outbreak. They took the time to focus on new music, releasing “Get Lost”, a collaboration with fellow Italian producers AVE, as well as a cover of Sander Van Doorn, Martin Garrix, and DVBBS’ “Gold Skies.” Together with their close pals Karim MC and Abstrakt, they also started their own record label, KARDO Records. “Gold Skies” was one of their first releases on their new label, and it received backing from Martin Garrix, KSHMR, Dimitri Vegas & Like Mike and other well-known musicians. Subsurface began incorporating acoustic aspects into their live performances in 2021. They took the stage with guitars and live vocals, announcing that they will be concentrating on a new blend of electronic and acoustic music in the future.

Subsurface has established a highly distinctive style of merging dubstep and bass music with mainstream music throughout the years, and they’re frequently seen performing live with Karim MC. When the duo first started DJing, Skrillex, Deadmau5 and The Prodigy were among their early influences. When it comes to live shows, the team aims to include inspirations from various genres. They said they look up to Nu-Metal band Limp Bizkit and German hip hop artist Cro, to name a few.