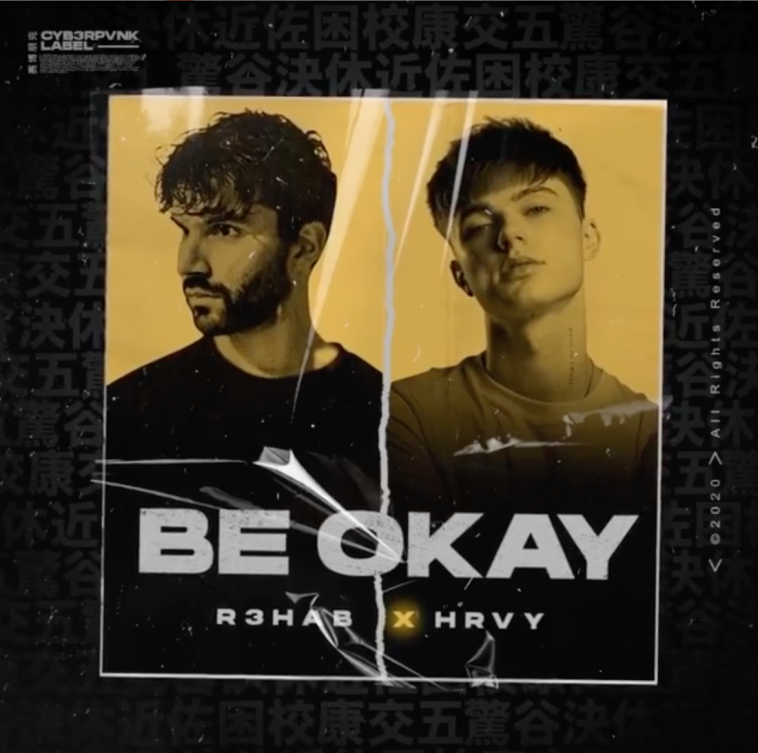 With a string of dance floor hits under his belt, this isn’t HRVY’s first time at the rodeo when it comes to world-renowned producers. This time around, the rising star teams up with R3HAB on ‘Be Okay’.

A timely call for support from a loved one, ‘Be Okay’ arrives at a particularly poignant time as HRVY calls: “When the world is tryin’ to take my pride, you’re the only one who gives me life, make me say, I’ma be okay”. Featuring trademark big production from R3HAB, who has provided remixes for countless stars from Halsey to Calvin Harris and Rihanna, as well as a string of his own hit singles – the single is a sure summer sizzler.

The latest in a string of collaborations with high profile names such as Jonas Blue, NOTD and Sigala, pulling in hundreds of millions of streams, the 21-year-old’s vocals are highly sought after. Most recently, the ‘Personal’ singer has kept fans busy during lockdown with pulsing Seeb and Goodboys collaboration, ‘Unfamiliar‘. Beady-eyed fans might also have caught the star’s cameo in Mexcian popstress and ELITE star, Danna Paola’s latest music video for ‘Contigo’.

2020 was set to be a year with a new era for HRVY, who released ‘ME BECAUSE OF YOU‘ on Valentine’s Day as an ode to his fans. A headline tour across Europe and the U.S.A. was also on the cards, featuring prestigious venues such as London’s Palladium, but dates have now been postponed.

Are you loving the new HRVY and R3HAB track? Let us know your thoughts @CelebMix on Twitter.