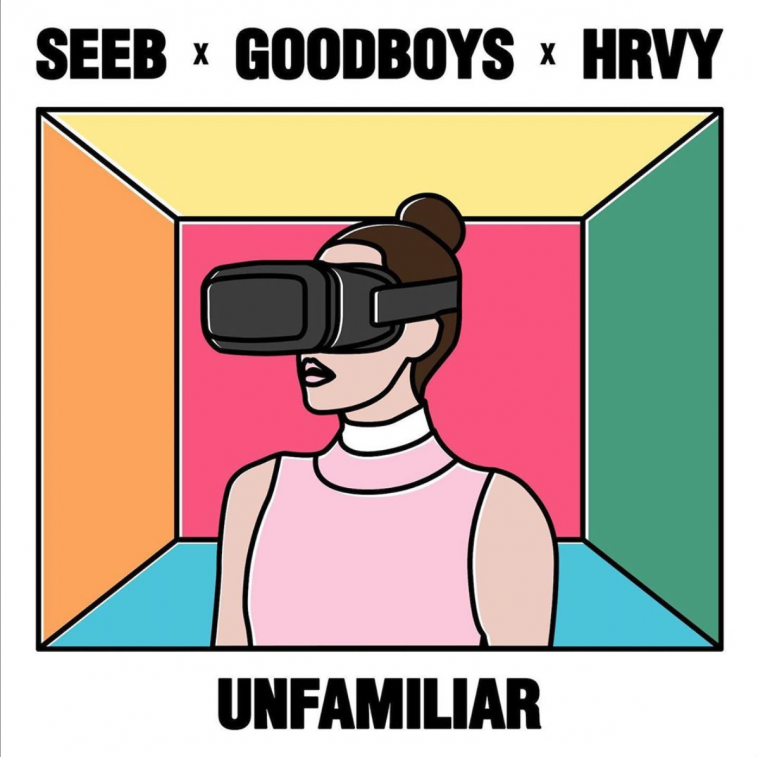 Following huge EDM collaborations with Jonas Blue and NOTD, HRVY teams up with Seeb and Goodboys on isolation banger ‘Unfamiliar’.

Dropping on all streaming platforms today, HRVY leads the vocals on the dancefloor-ready flick. “Hey stranger, I’m telling you, let’s keep it unfamiliar,” the singer pleads over Seeb production.

Seeb are the Norwegian duo behind viral remixes of Mike Posner’s ‘I Took A Pill in Ibiza’ and Coldplay’s ‘Hymn for the Weekend’, as well as original hit material such as Bastille collaboration ‘Grip’. An impressive catalogue with tracks of over one billion streams, Seeb remain one of the industry’s most revered hitmakers.

Completing the trio are the husky vocals of Goodboys, who hit the big time with summer anthem ‘Piece Of Your Heart’ last year. Since then, ‘Lost Control’ alongside MEDUZA and Becky Hill has pulled in hundreds of millions of streams online.

Speaking on the track, HRVY revealed: “I’m really happy to be a part of this with Seeb and Goodboys, from first hearing the track and working with everyone it’s been exciting seeing it all come together and I’m looking forward to getting it out there”.

The latest release from HRVY comes after ‘ME BECAUSE OF YOU‘ earlier this year and a string of 2019 singles including ‘Younger‘ with Jonas Blue. The 21-year-old had planned his biggest headline tour yet for 2020, taking his live set worldwide, although the dates have had to be postponed for now.

Is ‘Unfamiliar’ helping you through lockdown? Is it your favourite HRVY song? Be sure to check out our song battles on Instagram!