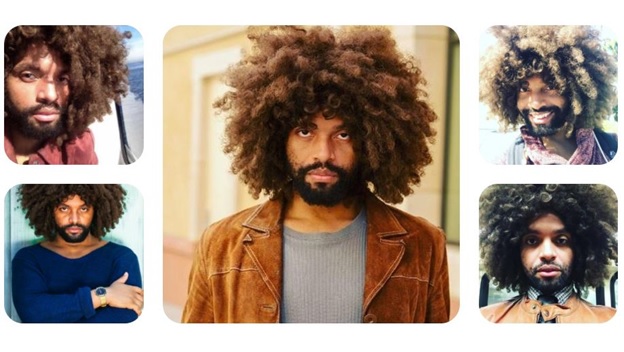 As we  celebrate the years of successful LGBTQIA+ entertainers, the actor, video game developer, and filmmaker Tyrone Evans Clark is a proud member of the colorful rainbow, who made appearances in Velvet Buzzsaw, Magic for Humans, Insecure, and Homeless: Sam & Sally Series to name a few, shares the story of how he overcame his inner demons and on the path of accepting himself as a pansexual man.

Clark says he has been feeling the life of the rainbow since he was in elementary school.

“I remember when I was a kid I was so afraid to truly be myself due to religion, relatives’ beliefs, and pressure that I was receiving from my age bracket counterparts,” he says. “Pastors, my peers, and even some of my family members would say nasty things about gay people and anyone that was just way too different for them to understand, but lowkey I felt they were referencing me and it hurt like hell everytime they would practice gay bashing.”

The 35-year-old entertainer, who speaks in a serious tone as he remembers his earliest stages of figuring out his sexual orientation, says he is such a different man than the one he was during his church life adolescence era. For Clark, the journey to accept himself as a pansexual man has been filled with confusion, fear, and a bunch of hypocritical people trying to force a bible down his throat. Clark on the other hand wants to continue to help LGBTQIA+ Community and people of color by sharing his story and being a voice for the voiceless in the entertainment industry.

Born in Chicago, Illinois, Clark always had the gift for “voice impersonations and mimicking others around him” at an early age, and his mentors at Benton Harbor High School helped motivate him to enroll in drama classes in order to take his creativity to another level. He flourished in the acting courses, earning a few scholarships such as the Horatio Alger Scholarship, Gates Millennium Scholarship, and others. Clark says his desire for acting became super clear when he discovered acting at The Art Institute of California – Los Angeles during his creative speech and writing classes. “The cravings for acting got stronger after I played  Maya Angelou in front of my professors,” he says. “I knew at that moment in time that I wanted to be on television and allow people to absorb my positive energy from their TV screens.”

His parents throughout the years knew something was different about him, but couldn’t put their fingers on it. Clark’s passion for acting grew, and eventually he would often go to auditions for features and TV projects. With all of that going on he lowkey would continue to hide his true self from the world and this include his parents.

“There were moments in life I didn’t enjoy being me,” Clark says. “In the church world during my childhood, I always got messages that being gay would send you to hell with gasoline burning  draws. I even remember one of my relatives who was brought in the family by marriage and who was also a pastor saying if God put all of the gays on one island he would destroy it. This would make me so sad because I knew I wasn’t straight.”

By 2010, Clark graduated from The Art Institute of California – Los Angeles in Santa Monica. It was there, he says, his feelings of accepting himself as a pansexual man became easier for him due to his transformation in college and him being separated from the people who bondage him in chains during his childhood. In college, Clark says, there were tons of his peers at the Art Institute of California who were comfortable with their sexuality and this helped him be more comfortable with his.

“After my educational path, I was in and out of my sexuality and still was having issues trying to be comfortable with my own skin due to pressure from the entertainment industry and my peers,” Clark says. “For a long time I would deny my true self but now I don’t want to anymore. I love every part of me and this includes my flaws because these are the things that make me GREAT and BEAUTIFUL. So I’m going to continue to be me and let my wings fly.”

Today, Clark currently works in entertainment behind and in front of the camera for a variety of TV shows and films, including Homeless Sam & Sally, Gotta Get Some Tissue, and The Corona Hour . He dreams of a world of programming that continues to allow members of the LGBTQIA+ Community to blossom such as shows like FX Networks’ Pose, Rupaul’s Drag Race, The TS Madison Experience, Queer as Folk, The L Word, American Horror Story, etc.  “It would be nice to see more people on the screen like myself and it has been happening and this includes musical artists like Lil Nas X, but it would be nice for the entertainment field to provide stories on LGBT+ Characters who don’t act in roles that feed off of stereotypes because we are real people with human feelings/emotions.”