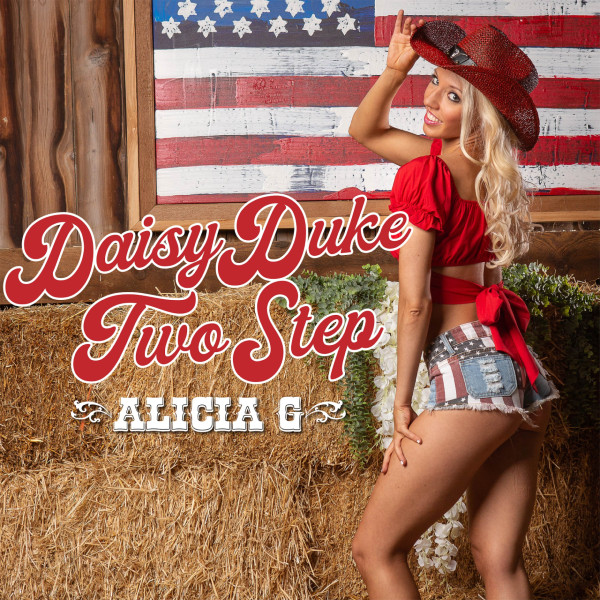 For Alicia G, aka Alicia Kristina Guastaferro, it all began at the age of eight, when she started classical voice lessons. By the time she was 15, Alicia G had traveled across the U.S. competing in beauty pageants.

She collected national attention when she appeared on ABC’s Wife Swap, which quickly turned sour when producers misrepresented her story, ultimately damaging her character. The harm caused by the distortion resulted in mental and physical abuse. In 2013, she appeared on Dr. Phil, talking about her experiences.

In 2019, Alicia G was asked to join BIGO, a live streaming app. In less than a year, she has more than 3 million fans – the AG Army.

While developing her unique sound, a blend of rap, hip-hop, and pop music, Alicia G shared the stage with the Goo Goo Dolls. Later, she caught the ear of multi-platinum producer Andrew Lane, followed by burnishing her sound and releasing “Pretty Girl,” which topped IMC’s chart for here weeks.

In 2020, Alicia G released the promotional video for “It’s Little But It Jiggles,” produced by Andrew Lane, which amassed over 1.4 million views in five days.

CelebMix caught up with Alicia G to find out more about the person behind the music, her writing process, and what listeners can look forward to in the coming months.

What inspired my new song Daisy Duke Two Step, is I have always been a pop/hip-hop artist and then after hearing the song “Get Ready” by Blake Shelton and Pitbull … I’m like, ‘if they can blend a mix of pop/hip-hop with country, I can too!’

I actually storyboarded out the whole music video. The company that filmed and edited the music video was No Apology Productions. The song was produced by Adam Lang. It was a team of amazing people who I am very thankful for!

It was actually filmed at Freedom Run Winery which is a beautiful winery and a historical landmark. We had over 30 extras and the whole film crew; it was like a movie production, and I enjoyed every single moment of it!

There’s a country feel to the song, as well as pop and hip-hop flavors. Was it difficult blending them all together?

The song actually came together very quickly. It was my first ever country-pop song and I feel I knocked it out of the park!

The artists that had a major impact on my sound would be a mixture of Billie Eilish, Patsy Cline, and Shania Twain.

Did your innovative sound develop naturally, or did you deliberately push it in that direction?

I would say it developed naturally over the years, from all my training and lessons. I started out being trained in classical opera lessons, and then shifted into pop and hip-hop, followed by country pop.

How would you describe your sound to the uninitiated?

I would describe my sound as modern-day country-pop. With tangs of modern-day Billie Eilish, fun flirty Shania Twain, with a glitzy Dolly Parton-feel!

There are so many amazing artists out there, but I have to say, Walker Hayes!

There are many different things that inspire my writing, but most of the time my fans do… The Alicia G Army (AGArmy).

Which comes first? Lyrics or melody?

Definitely the lyrics, that is what gives the song the feel I want it to have and what I want the song to talk about, and then the melody.

What can your fans expect over the next six months? New music? Live gigs?

Over the next six months my fans can expect – the sky’s the limit! Going to be working on four new country-pop songs along with a holiday song and five new music videos for 2022! Alicia G, she’s gone country y’all! Boom Boom Baby!