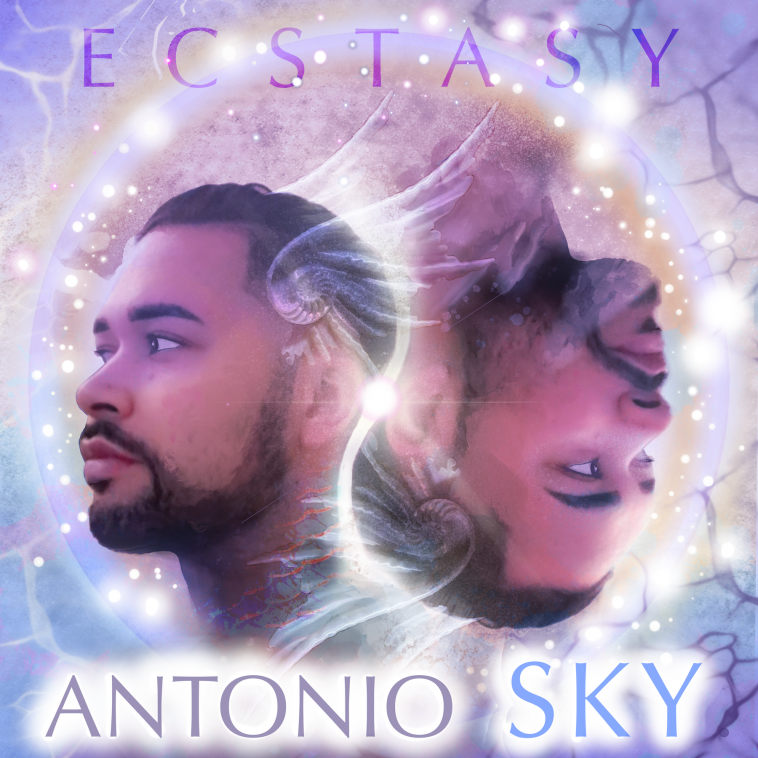 Born in Philadelphia, Pennsylvania and now based in South Philadelphia, Antonio Sky shared recently a brand new explosive single titled “Ecstasy.” Antonio Sky wants to use music to share his story, the one of a Latino kid who is part of the LGBT Community and hopefully inspires others. Life wasn’t easy for the artist but he wants to show that anything is possible despite any barriers life throws at us. We had a chance to chat with Antonio, and asked him about his new single, music influences, and his creative process.

Hey Antonio Sky! Welcome to CelebMix! How did your journey with music start? What led you to become a singer-songwriter?

My journey started when I was about 3 years old. I used to sing anything and everything. My father sang a little bit, but was a big lover of music, so there was always music playing in the house, or in the car. At about 9 years old I started singing professionally, and competing in local music competitions in Philadelphia. I won a bunch of them, and it helped to build my confidence as a singer. It was around that time I started writing poems. I loved writing poems. I didn’t know song structure back then. Later, once I did learn to craft songs I started revisiting my old poems, in addition to new lyrics to start creating my own music. I was already a singer, but now I enjoy writing and singing my own music.

Congrats on releasing your single “Ecstasy”!  What inspired you to write it, and what is the story behind it?

The song isn’t about anyone in particular, but a fusion of past events of meeting someone maybe at a club, or bar. I had this idea for a song awhile back, but never wrote it down. When I started putting the sound together for Ecstasy, the lyrics just flowed out naturally.

Sonically, you represent a fusion of pop and EDM. What influences your music? How would you describe your sound?

That’s exactly how I would describe it as well. A fusion of pop and EDM. I have many influences so it’s hard to say, but pop is definitely the main influence for my music.

What does your creative process look like? Do you first write lyrics, or work on music?

It’s variable depending on the situation, or emotions I am feeling at the time. I usually let emotions drive my lyrics. If I’m in bed and something comes to mind, I just write it down in my notes, or even create an entire song without any music, or melody and add that later. Other times, listening to a track, or a beat can be helpful to get a tempo going.

My plans are to continue writing, and recording my music. Get back in the studio to complete my album. Work on music videos for these releases, and spending the holidays with family.