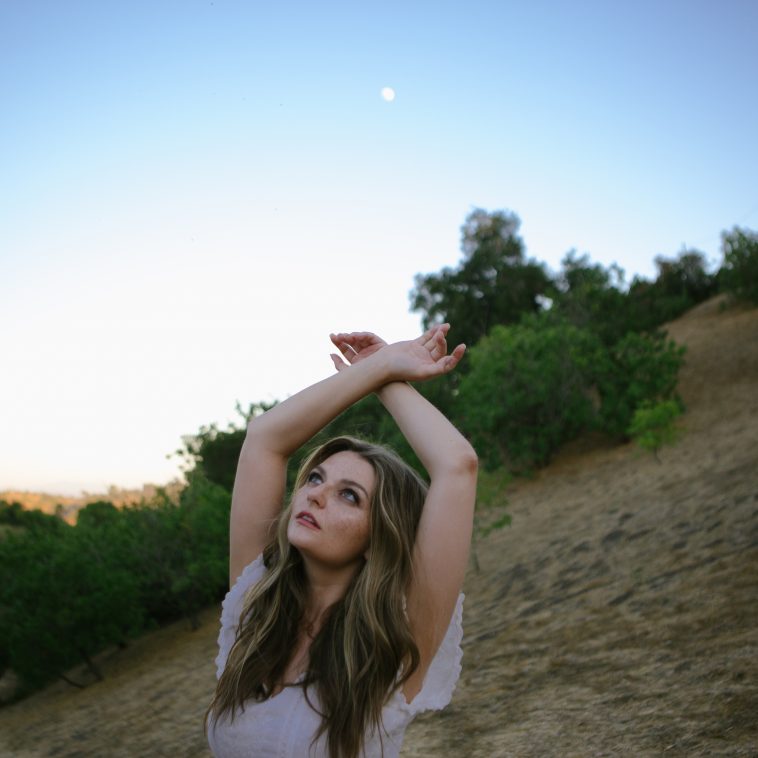 We had a chance to chat with a California-based songstress Taylor Grey who recently shared her album “Twilight Hour.” We asked Taylor about her inspiration, musical influences, future plans, and what is the story behind her new release.

Hey Taylor Grey! Welcome to CelebMix! For those of our readers who are not familiar with your music, could you share a few words about yourself?

Hey, of course! I’m a singer-songwriter from the Bay Area. I’ve been writing music since I was in middle school and putting it online since high school, yet in many ways I feel like this past year has really been my start as an artist. I love telling stories about my life and writing the songs I wish I had when I was younger – like about friendship breakups or battling an eating disorder and depression.

How did your journey with music start? What led you to become a singer-songwriter?

I was a theater kid – quite the shocker there. I feel like so many artists start out with theater. I also was obsessed with music as a kid and listened to a lot of the pop icons. Then I found Taylor Swift and started writing songs in middle school. I leaned heavily into that especially early on in high school when I was really struggling with self-esteem and feeling invisible.

Congrats on releasing your album “Twilight Hour”! What is the story behind the title?

Thank you so much! I wrote this record going from 23 to 24, and as a woman in the music industry (and society) you’re pretty constantly told that there is an expiration date to your “worth” and that it is intrinsically linked to age. Of course, it hasn’t been defined outright, but there is this general notion that if you haven’t “made it” by your mid-20s, you’re not going to. Which I think is ridiculous. Twilight Hour is basically a play on that, like this is my “final pitch” so to speak. It isn’t “midnight,” the clock hasn’t turned on me just yet,  but it is approaching. And of course, I don’t subscribe to that belief – I’m going to be a songwriter as long as it interests me, regardless of age. But it is something unfortunately myself and every woman I’ve come to know well in the industry is acutely aware of – mainly because we are reminded of it constantly. So, I wanted to take that notion and turn it into something beautiful for me. I also think twilight hour is such a beautiful time of night and feels very reflective to me. Since this album is basically a reflection of key moments in the past decade of my life, it felt fitting.

What inspired you to write “Twilight Hour”? Did you collaborate with any producers on it?

I wasn’t planning on writing an album initially. I was just writing to write and to get better. I had just graduated college during the height of the pandemic, and it was the first time I had endless nothing to do but write. And of course, there was no day-to-day inspiration at that time so I had to look back on my life and I started writing songs that I had wanted to write but never got the chance or never had the right words. The concept for the album flowed really naturally out of that process. I collaborated with Mark Siegel for the entire album. He is incredibly talented and because the songs are so personal, it made sense to work closely with one person.

The album features 10 tracks, can you tell us which one is your favorite one? Or which one are you the most proud of?

I don’t have a favorite but that’s such a cop out and no fun. When Will You Fall has some of my favorite lyrics in it for sure. It is also the only song I wrote and composed by myself. It was the one song I wrote in real time, about an event that had just happened as opposed to looking back on something. So it is incredibly raw and real for me.

All of the songs relate to your personal stories. Where do you take the strength to share your experience with a worldwide audience?

I still don’t share everything. There were some lyrics in When Will You Fall that I actually changed because the song was so personal to me, and it felt like those lines were just for me. As for other songs, I think strength comes in time. I’ve had a lot of time to heal from some really challenging experiences and I feel insulated enough through my growth. What also helps push me to share is the thought that maybe my songs reach someone who needs to hear them, and they feel less alone. And a lot of artists were that person for me, and they paved the way for artists to talk openly about things like mental health, so it isn’t as stigmatized. I don’t know if I would have been able to do that if there wasn’t already conversation around it.

It definitely depends. Usually, I’ll start out with a couple chords and a melody with some rough lyrics. I like writing everything in tandem, so I write the rough draft lyric as I’m writing the melody. My sound is versatile pop, sometimes there’s heavy an indie folk references and sometimes it’s pop rock. The common thread between the songs of Twilight Hour really is the lyrics. I love writing super specific lyrics that initially can seem really vague. It’s like fun easter eggs for me (I mean I grew up with Taylor Swift) and it allows people to interpret the songs however they need to.

I’m looking to do more shows and get back into touring. I really miss the live aspect of music and am so excited to get back out there. So definitely keep an eye out!