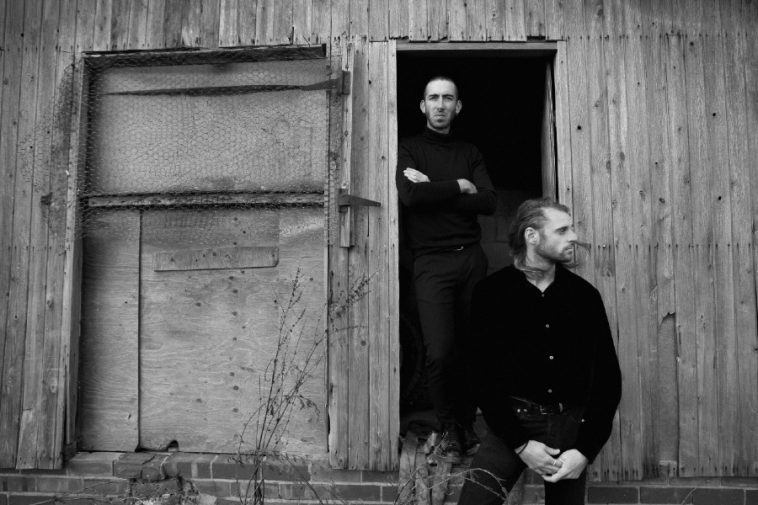 Made up of Damien Felix and Andy Balcon, Dead Chic’s sound verges on experimental, while at the same time delivering polished visceral textures that eschew synthetic processing.

Talking about the song, they share, “’Too Far Gone’ was the starting mark for the project Dead Chic. Damien and I had discussed working together for quite some time, after meeting on tour throughout the last decade around Europe. Our shared passion for cinematic nostalgia found in music, be it spaghetti western tones or the beat narration of the 1950s laid a clear foundation for what we set out to create. Damien’s reverb-loaded, open chord guitar playing allows the audience to experience the riffs in an alternate way to that of traditional tuning. For me lyrically it was important to paint a picture of the landscape I found myself in when working on the song, I allow the listener to have a clear vision of isolation in a barren plain and pay homage to one’s shadow in which we all live with.”

CelebMix spoke with Dead Chic to find out more about how the pair met, their influences, and how the video came together.

Essentials really, something to eat, drink, and a purpose.

How did you two first meet?

Damien and I first met at the Festival de la Paille in France.  His band at the time Catfish joined my previous band Heymoonshaker on stage for a jam.

What motivated you to begin working together?

Damien’s approach to songwriting. When time became available in both our calendars it seemed like the opportunity to get the ball rolling.

What inspired your new single/music video “Too Far Gone?”

Director Craig Bingham (DadBod Films) is a very close friend of mine. He was the mastermind behind the script. He studied the lyrics and interpreted them in his way. Pulling together a narrative from what he both heard and understood of the message we were putting across.

I started playing music in the streets. Damien began as a drummer at the age of six.

For this record, we drew influence from Morricone’s landscape.

With ‘Too Far Gone’ we both shared a similar vision of what we were trying to say before the guitar was picked up. It’s very much an interpretation of what we had on the chopping board.

We worked more with visual references, to be honest. As we’ve both developed ourselves as musicians individually it would be hard for us to break the mold we’ve forged around our sound.

I guess it’s just always striving to create something new. Always exposing one’s self to new genres and ideas.

What’s next for Dead Chic?

Currently sitting on an amazing album worth of material. Dates are being booked for the year ahead. Moving forward, I guess…