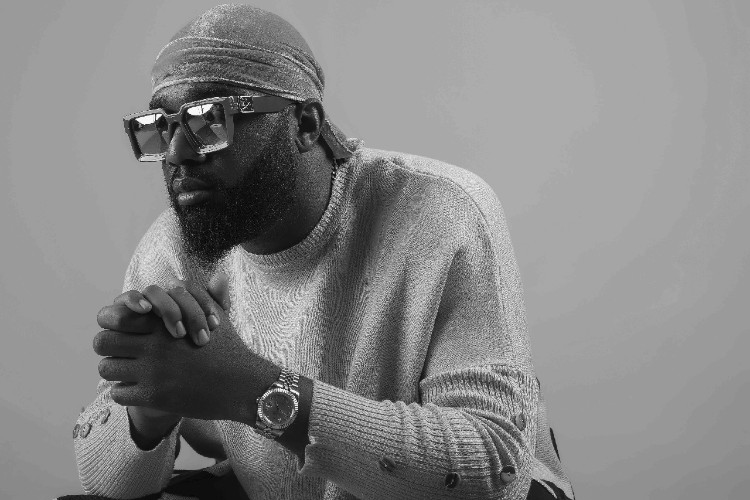 Moments ago, award-winning Nigerian singer-songwriter and producer Praiz released his new EP, To The Moon.

Speaking about the EP, Praiz says, “The project opens with a classic 90’s R&B vibe on the title track ‘To The Moon’ because any kind of love that can take you to another planet is definitely worth experiencing, and for ‘Wings’ with M.I Abaga, I was thinking of how you could let a woman know just how they make you feel, and the vibe on this will make you want to fly literally.”

With tens of millions of streams, as well as legions of both African and global fans, Praiz’s To The Moon follows on the heels of his album, King, which featured luminaries like Wizkid, Stonebwoy, Burna Boy, and Sarkodie.

CelebMix caught up with Praiz to find out more about his influences, what he’s listening to right now, and his writing process.

I started music in church as a drummer, I was never the guy who sang initially despite the fact that I always loved to sing in the shower. Singing started gradually for me when I started working in a recording studio; I produced beats for artists and sometimes did some live drums tracking. One day I decided to make a beat and record myself singing, played the demo to my friends and they were blown away that I could sing. They encouraged me to go for a singing competition audition. I tried out but made no headway until 2008, when I made it to the maiden edition of Project Fame West Africa.

What musicians/singers influenced you the most?

Musicians such as Marvin Gaye, Joe , Carl Thomas, Boys2Men, Musiq Soulchild , John Legend, and Tank influenced me the most.

How do you keep your sound fresh and avoid coming across as derivative?

I keep my sound fresh by listening to lots of music from different genres not close to R&B, learn from others and infuse my essence into what I have learnt.

At the moment I’m listening to Lucky Daye, Victoria Monet, and I still listen to some traditional old school R&B vibes.

What is your songwriting process?  Do the lyrics come first, or the music?

My songwriting process is very random, and it comes to me in different ways, forms and situations. When I’m composing, the music comes first, before the lyrics.

What was the inspiration for To The Moon?

My project ‘TO THE MOON’ was inspired by the intimate moments spent with the people I love and how much I wouldn’t trade it for anything. A Lot of times we take the best things in life for granted.

You’ve collaborated with some of the biggest artists. If you had your druthers, who would you like to work with, and why?

If I had my druthers, I would like to work with HER, Rick Ross, and John Legend.

Music is my escape. I do music because it makes me happy and liberates me.

How have you been handling the coronavirus situation?

The pandemic definitely took the world to a standstill and, sadly, I had to put my concerts and tours on hold but, I have also taken out time to re-evaluate, reboot, and work on myself as an artist, brother, son, friend, and person in general. I also took out time to create music, more music.

Looking to the future, what’s next for you?

Looking forward to the future, I can’t wait to tour, get back on stage and perform, it might take some time but I look forward to it because I miss performing so much. I’m also working on my next album.

Let us know what you think of To The Moon @CelebMix.