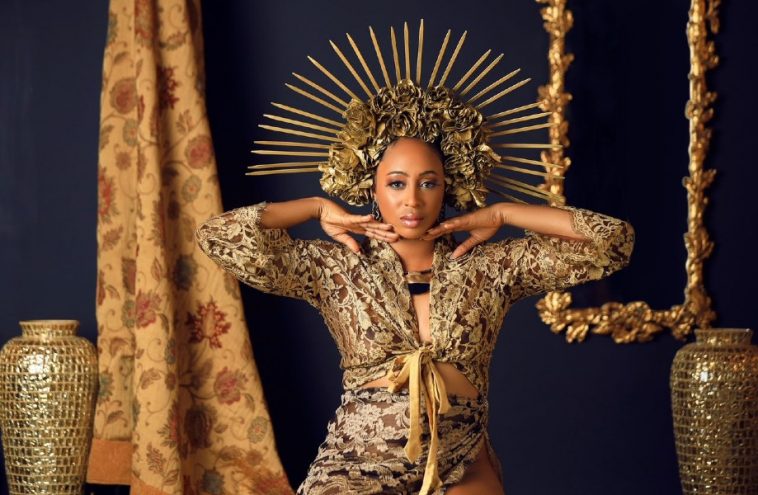 Talking about “Majesty,” Coco Benson shares, “Women do it all, women are the backbone to a lot of great things, and this track pays homage to women and speaks to empowering women. I wanted to create a song that every woman or girl could relate to, we are all ‘Majesty’ to someone and it’s something to embrace. This track has my two favorite elements – the house and soulful music vibes, and once Shizzi added his magic finger touches and some amapiano sensibilities, we knew this song would turn out to be a timeless record.”

Born in Michigan in the US and raised in Zurich, Switzerland, now based in Atlanta, Coco Benson is the granddaughter of Nigerian highlife legend Bobby Benson. Coco erupted onto the African music scene in 2014 with a series of hit singles, including “They Call Me Coco” and “Taxi Driver,” followed by retreating from music to care for her family.

On his part, producer Shizzi shaped hits such as Davido’s “Dami Duro” and “Gobe,” along with Wizkid’s “Show You The Money” and Olamide’s “Who You Epp.” The video, directed by Mickey Johnson, blends regal visuals with plush, posh afro-house textures and Coco’s bravura voice.

CelebMix spoke with Coco Benson to discover the inspiration for “Majesty,” her influences, and how she knew it was time to get back to music.

I am a strong, fierce, and hardworking woman, I am a mother and a wife! Women are so important in this life to so many, in different ways. This song was paying homage to that. When you hear something over and over, it becomes a positive affirmation. “Majesty, you are!” That is what brought on the concept of royalty for the music video and when I heard the beat, all I could think about was positive vibes directed to women.

The music video was directed by Mickey Johnson and the video was shot in Accra, Ghana.

What do you hope your fans/listeners take away from the video?

I want my listeners and my Coco Pops (my Fanbase) to take away good vibes, good feelings. The song is very timeless. You can hear it all the time and you will feel good! It doesn’t matter if you’re not a woman either, everyone has a “Majesty” in their life.  It will be appreciated.

It all starts with the music, Shizzi has an extraordinary talent. He knows how to pick sounds and he knows how he wants the listeners to feel, that is the first part. Once I hear a certain instrument then I get my pen and paper (or phone) and start writing down ideas of what it could possibly be.

I sing it very quietly to myself and when I feel I have something, I tell Shizzi and share it, sometimes it can be a hit, and sometimes it can be a miss, but we never stop going, we continue until we get it right! For this particular track, I started the theme with Shizzi and then we involved Parker Ighile who understood what we were going for and new ideas started flowing. The chorus came first, the melody was already embedded in the sound and the next thing you know I was in the booth.

You have a new EP, Here We Go Again, dropping soon. What can you share about it?

I titled my EP ‘Here We Go Again’ because I made my debut in the industry in 2014, so long ago. I made the songs which I did over a few years and then I disappeared for various reasons. One of which was taking care of my family, who mean the whole world to me. Even when I was creating in my past, I was pregnant during that time (you won’t notice, but my firstborn was in my stomach during my music videos for “Oga Cornelius” and “Taxi Driver.”) I pushed through it but eventually, I had to stop.

Moving to the present, music is such a strong part of my life, it’s not just a hobby, it’s a real passion and I always spoke to God and said, “when you know I am ready again, let me feel it.” Lo and behold, I felt it!!!! I told my husband “I’m ready to start singing again.” He was supportive and told me to go for it and immediately I got myself in the studio creating everything I wanted, everything on my terms.

‘Here We Go Again’ will be a short EP letting my listeners/fans hear me in a versatile way. It’s very significant because I’m also letting the world know that “great music does not have an expiration date.” It’s never too late to give the world something you have to offer. So I am back! I have something to say (sing), let’s go.

As I mentioned, I made my official debut as an artist in 2014, with my first single “They Call Me Coco,” but before that, I had always been the girl who sang at any chance I got. Way back when we recorded ourselves on tape players, I’d always sing the Disney songs and as my voice developed, I would sing Whitney/Mariah/Alicia Keys/Ginuwine/Nora Jones, there was no limit to what I tried.

I grew up in the era of recording yourself on YouTube. My first channel (JuicyDiney) has evidence of all of it. Eventually, I grew confident, and I started performing on stages at school or at shows, and that led up to performing at weddings.

It always brought me so much joy seeing people’s faces when I sang and sometimes, I made people cry. That is where it all began and one day, I said I want to be a musician and then the rest was history. This wasn’t a surprise to anybody, at the end of the day, my grandfather is the great Bobby Benson. This was inevitable.

My voice is very deep and raspy. I always took influence and inspiration from Sade, Tina Turner, and Toni Braxton. I always thought my voice was too deep when I was younger until I found artists that had voices just like mine. When I heard what they could do and the hit music they made, it changed my perspective of what I could do with my own voice.

This new generation of artists is amazing. They are all young and killing it, even the veterans who keep pushing the limit (shout out to them) What I will say without specifically naming anyone, I am glad that the new school of artists is pushing all the boundaries. It never used to be like this, everyone had a structure to follow in the Afrobeat world and now this structure is not followed! It’s all about making music that sounds sweet and it will go and guess what, it goes. Nobody is saying, you can’t do this and that anymore. Everyone, especially the listeners are accepting it all.

I love making people feel good. I love seeing people smile. It’s always been about this. It’s never been about fame for me. If I can make someone feel good when they hear my voice and listen to what I have to say, mission accomplished.

Looking ahead, what’s next for Coco Benson?

After my EP drops, you can look forward to more hit music and more business ventures. I do quite a lot of things outside of music. I own a beauty brand called Pretty Black Hands. I blog and have my first book on the way called Dear Mommy, These Are For You so just stayed tuned.