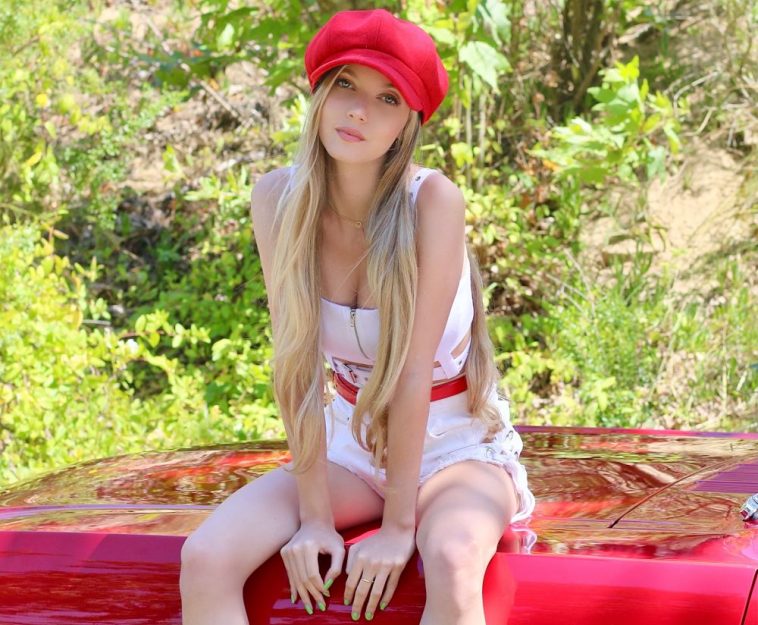 Heavenly Reyna is a half-Latina, world-traveling, trilingual, singer-songwriter and multi-instrumentalist. She has always loved music passionately and started writing songs at 4 years old after starting to learn how to play the violin and the piano, but took songwriting more seriously at 13. “I did my first paid singing job at 12 years old where I sang in Mandarin at a Chinese wedding and won a singing contest,” says Heavenly. “That’s really when I began the serious pursuit of a musical career!”

Thanks to Twitch, Heavenly is having a fantastic 2021. Through the aforementioned platform, she has met the most supportive global audience by live-streaming music there from her tiny bedroom recording studio and broke over 2 million channel views! Heavenly’s fanbase loves her newest single “EXIT,” and they’re the whole reason she is releasing it now as an acoustic single.

Thank you so much! It feels so amazing, and I am so grateful for all the support that I have gotten.

Heavenly’s “EXIT” is about that moment in a relationship where you realise it is not going anywhere and it is time to get out of something that is not working, even if that is a painful choice.

Heavenly reiterates the song’s story to CelebMix: “In the song, I’ve given the story a bit of a unique spin as it’s being told through the lens of being in a traffic jam.”

At first, Heavenly didn’t believe this was going to be a real song, nor did she believe her audience would love it as much as they do. When it came to the original inspiration of EXIT, Heavenly got the first lines and melody as she sat in traffic on the 405 freeway in Los Angeles, California.

“I made a note of them, but really didn’t take it seriously,” Heavenly says on the initial inspiration of the song whilst sitting in her car on the freeway. “The song kept pressing on me to complete it, though. As it evolved, I came to really love it.”

EXIT is a little quirky and feels different but is still a passionate song out of the Heavenly camp.

Sometimes you just have to exit in life, both when you’re in traffic and in relationships!

The process for EXIT was very different compared to other material Heavenly has worked on, because, normally, Heavenly would write the lyrics, the melody, and work on the production all at once.

“For “EXIT,” I just put it together on the piano, Heavenly states on the creative process. “I think that’s why it feels so right for me to perform it acoustically and why I am releasing the acoustic version first.”

Heavenly believes everyone in the world has experienced both traffic and a failed relationship so part of her is in this song like all of her songs. Music and songwriting can be so healing and cathartic for the writer as well as the listener. And with this song, Heavenly would like listeners to enjoy the entire aspects of it and feel healing from it. Heavenly adds, “It is a ballad about a painful situation, but also has some lightness and self-empowerment to it.”

Coming up soon, Heavenly is going to release the produced version of “EXIT” with a full-length, fun music video. After that, she has got a lot of music coming!

“I’d love to keep putting out music every month,” tells CelebMix. “I’ve been busy writing and creating during the pandemic!”