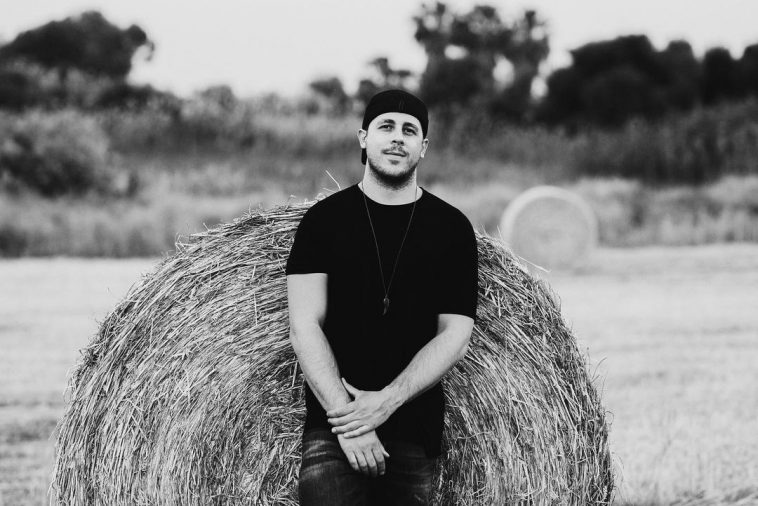 A new EP from KAIS was dropped within the last month, titled “Hot Air Balloon”. It contains three intrinsic and artfully crafted tracks that all make a statement in their own right mixed up in a pop-rock sound. This follows up the title track single that KAIS released at the start of June.

KAIS, real name Kais Khoury, is a singer-songwriter, multi-instrumentalist and producer from Canada. He has been building up his career over the past few years, taking part in a number of competitions and events since 2014 from Mayor of London’s Big Busk to USA Songwriting Competition, the latter of which he became a finalist in 2017. More recently, he has joined the London Indie sync licencing roster, North Note, and chatted with BBC Radio London host Robert Helms about his 2021 single “Take Me Home”.

KAIS has written all three tracks, whilst KAIS and Andreas Matheou have produced the songs. The first track is titled “Horizon” and has a total rock anthemic sound, with many multi-instrumentalist chords running throughout. Vocally it’s gritty and addicting, adding power and strength to the words and making sure that the lyrics get stuck in your head. Percussion makes its statement throughout, bringing an experimental feel to the song.

“Turning to Gold” follows next and it tones it quite down, bringing a relaxed rock vibe to the entire EP, especially as it is the middle track. This is a passionate love track that transcends the intended listener to make them feel hope, love, and positivity. KAIS has an incredible talent for making the listener feel wanted as if he is giving them a hug with this song alone. The lyrics are full of affection and emotion, it’s not hard to fall in love with this track.

The EP ends with the title track “Hot Air Balloon” which mixes indie and anthemic rock creating a warped addicting rhythm. There’s a grunge vibe to the song mixed with psychedelic synthetics that effortlessly work together. KAIS’s vocals are strong and full of meaning, it’s clear this one means a lot to him and as the listeners we totally get it.

KAIS talks about each of the tracks on his “Hot Air Balloon” EP:

“’Horizon’ is a Citizen Cope / David Gilmor-esque inspired ode to tapping into one’s inherent free spirit, which commonly unearths in the lovers’ bond. It paints an image of a man that once swam with his beloved in the magic of a summer night’s sea and attempts to reconnect with the ubiquitous ‘baby how’s your day?'”

“‘Turning to Gold’ is a hymn of lovers as they traverse life’s highs and lows. It reaches into metaphysical spheres while weighing on the fact that bliss cannot be found when one is merely dreaming.”

INTERVIEW: KAIS chats with us about his new EP “Hot Air Balloon”

Hi KAIS, how are you doing today? Can you tell us more about your EP?

“Hot Air Balloon” is an EP featuring songs that tell of transitional chapters in my life. The songs came about when I had been caught between a waning hope for finding steady ground, having lost someone I loved, and the exhilarating glimmer of having them return one day. They tap into the realm of spirit, the invisible in-between. Through this writing, I try to bring about a desired reality with the aggregated frequency and color of the sonic creation itself. All three songs, in theory, tell a similar story.

Your EP contains three tracks, “Horizon”, “Turning to Gold”, and title track “Hot Air Balloon”, what made you decide to choose these three tracks for this EP, and why did you choose the third track’s title to be the title of the EP?

I chose these three songs because they were suitable for the summer. Even though I wrote each of them months apart, I felt that they were atmospherically cohesive and would suit the summer, so I chose them for one EP. It’s meant to be warm and vibrant, giving the listener that bright, fuzzy feeling with the overall soundscape and lyrical imagery. I’m keeping in mind listeners’ seasonal mood shifts nowadays. Although, to be fair, right now, it mostly applies to us in the northern hemisphere.

I chose “Hot Air Balloon” for the EP title as that was the cover image I went with, which I had used for the single release before. And I don’t think it gets more summery than a “Hot Air Balloon”.

We’re halfway through 2022, what else can we expect from you for the rest of the year?

I have another EP release coming out at the end of the year. The work is done, but I’m waiting for a ‘seasonal mood shift’ to drop that one as it isn’t suited to the summer at all. I’m looking forward to it as I’ve had really good feedback. I could say it’s a short, pristine summation of my entire skill set.

“Hot Air Balloon” the EP from KAIS is available to download and stream right now on all major platforms.

Let us know what you make of KAIS’s new EP “Hot Air Balloon” on Twitter @CelebMix.