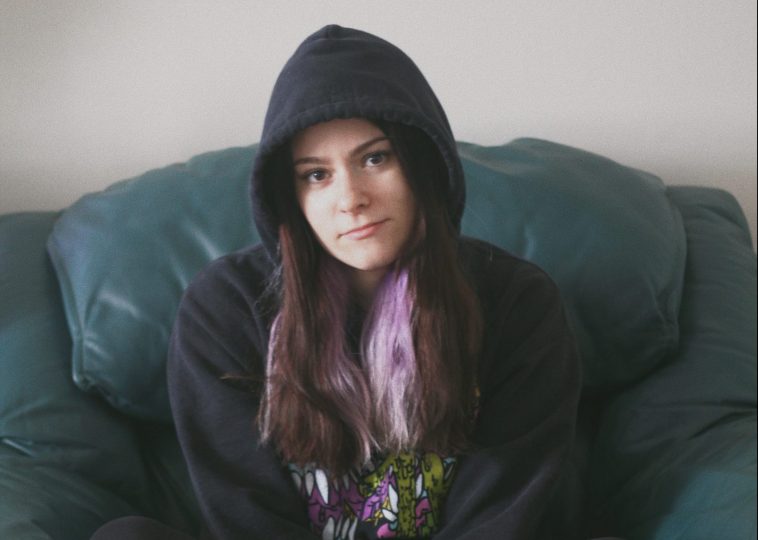 Kelaska is a Connecticut based singer-songwriter who got her start making covers on YouTube. Her single, “Smoother Me,” surpassed 1M streams and remains her most popular single to date. 2022 marks the start of a new Kelaska era with the newest single “Autopilot” where she proves her talents and unique indie sound. We chatted with Kelaska about her new release, YouTube channel, and creative process.

Hey, Kelaska! Welcome to CelebMix! For those from our audience who are not familiar with you, could you introduce yourself?

Sure! I’m Kelaska and I’m a Connecticut based singer songwriter. I started on youtube by putting up a different cover every week, until around 2019 when I switched over to releasing my own music. I love Oreos, my two bunnies (Rosie and Gordon), and sushi. I’m also a big fan of The Office, but who isn’t?

Congrats on releasing your new single, “Autopilot” can you tell us a little bit about this single? What’s the story behind it, and what inspired you to write it?

Thank you! I wrote “Autopilot” during/coming out of a long depression. For so long I kept feeling behind in my life. I’d look at my friends with these normal lives, kids, houses, steady careers, and I would just feel alone and sort of like a failure. I’d also look at other artists and feel like their careers were taking off and mine just seemed to so stagnant. I was experimenting with different tunings on my guitar and when I came across this one, the lyrics and melody just poured out. After some adjusting, it really started to come to life.

How is “Autopilot” different from your previous releases?

“Autopilot” is very personal because it’s about my own thoughts and feelings about myself. I’d say up until now, I’ve only released one other song, “Tightrope,” that dealt with focusing the storyline on myself. It’s a little more scary, believe it or not, to make yourself the only character in the song. When you’re writing about other people you can kind of shift the focus to them. Heartbreak is so universal that you know right off the bat you’re feelings will be understood. With something as delicate as “autopilot,” it can make you more nervous that people will hear it and worry about your well being, or like you less, or something crazy like that. I hope that people can relate to this one, and realize that I don’t feel like this all the time, just when the bad side of my brain is making me feel alone.

On your tracks, you openly talk about the period of depression you experienced. What message do you want your listeners to take from your music?

I would hope that my listeners realize we all feel alone sometimes, even when we’re in a room full of people who love us. The key is trying to remind yourself that you won’t feel like this forever. Sometimes depression can make you feel like it’s a never ending cycle, but there is light at the end of it. It just might be hard to see from under your blankets in bed. One day you’ll have enough strength to try and change things, but you can do it in your own time. No need to rush, you’ll get there.

You have started your musical journey as a YouTuber with over 30k subscribers on your channel! Could you tell us a little bit about your transition from creating YouTube content to being a songwriter?

To be honest, Youtube was a big struggle for me. It was a necessary struggle because it got me to where I am today and opened doors I wouldn’t have otherwise.. but it was a lot of work, frustration, anger, depression, and OCD. I would hold myself to this deadline of learning, playing, recording, editing, and posting a song all in one day and at the end of it I never felt what I did was good enough. I blame my procrastination, mostly, for this because if I was smart I would’ve broken it up into different days. But over the 5 or 6 years, I never learned this lesson. I think I was too much of a perfectionist for youtube at that time. I would sing the same song for 7 hours, until I’d lose my voice, because I kept feeling like this permanent video of me online would tell people if I could sing well or if I deserved to make my own music someday. It was a lot of pressure, and I started to realize that one day when I couldn’t get a video up after spending the past 5 hours trying to record a song until midnight when I had to leave for vacation in 3 hours. I laid on the floor crying, until I thought… “maybe this isn’t for me anymore.”

After that I started to really focus on the songs I’d written over the years and finding a way to get them out. I was lucky enough that Steven Martinez reached out to me and wanted to work with me to produce my originals. Once I began working on my own music, there was just this freeing and happy feeling I had never felt with Youtube. I realized I wanted to continue to tell my own stories, in my own way. I love the connection it gives me to my audience. There’s nothing better than hearing that people relate and want to play the songs you wrote. Every now and then I’ll think about singing a cover for youtube, and since I’ve stepped back and the pressure is gone, it has gotten to be a little more enjoyable than it used to be. I am very grateful for my Youtube days, because I think they taught me consistency, and gave me a platform to be where I am now. That being said, I think I’ll stick with the originals.

The creative process for me, is always different. Sometimes I’ll write to a track that my producer and I make, or sometimes I’ll write a song from scratch. Lyrically, the songs can be inspired by anything from a poem, to a movie I watch, to something my friend randomly said in passing. I mostly get inspired randomly in the middle of the night, which is a bit of a bummer when you’re trying to sing into your phone quietly while your boyfriend sleeps next to you. After I get my melody and lyrics down, that’s usually when I’ll meet with my producer, these days it’s Mackenzie Christensen, and we’ll brainstorm how we want the song to sound. That’s always the best part because you get to experiment with different sounds. As for my overall sound, you know, I’m not really sure. I’d like to say mostly indie pop, but there are some songs I have that are a little darker and some that are a little left field of that. Currently, I’ve been trying to throw in a tinge of light rock. I’ve been really inspired by singers I listened to growing up, such as Alanis Morissette, or Avril Lavigne.

What are your plans for the rest of 2022? Any new releases, or gigs?

For the rest of 2022, I think I’m due for a creative break. I want to write a lot more so I have some stories to tell come spring of 2023. I do sing on twitch every week, so I’ll keep that up for the time being and really just focus on taking time to listen to new music and get even more inspired.