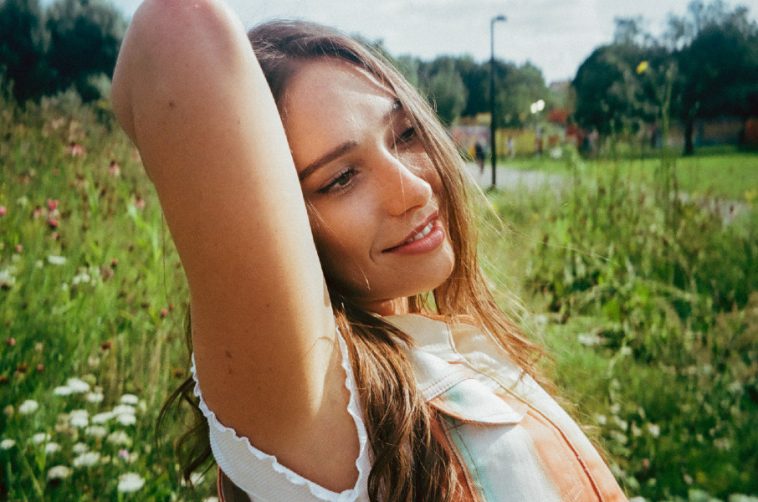 Mabes explains, “‘Fairground’ comes from a place of hurting, after my love moves or goes away and the relationship ends. ‘Now I got issues cos I really miss you.’ And saying that I’ve been hurt by love before but every time I ‘go all in’ despite this, I give everything in love and I should know better but can’t help myself.  ‘Maybe you just can’t win’ in love.”

After learning guitar, Mabes began writing her own songs while she paid her dues: performing at local venues and working a full-time day job. The release of her debut album, Wait & See, which collected more than 38 million streams its first year, pushed her into the international limelight.

Since then, she’s performed in Nashville and received features in the most prestigious media outlets, as well as airplay on BBC Radio 1, 6Music, and BBC Radio 2.

With her alluring voguish voice and inimitable phrasing, Mabes beguiles listeners on “Fairground,” imbuing the song with posh tones atop a creamy melody.

CelebMix caught up with Mabes to find out more about the person behind the music, her influences, and her writing process.

I was at a local fairground, and I suddenly saw it all from a pessimist’s perspective, or the point of view that someone is heartbroken – everyone is spending their money on absolute crap that is disguised with bright flashing lights and bold colors, and sometimes you don’t even win anything. Love can fuck you over like that too.

I wanted to juxtapose the colorful boldness and happy connotations of a fairground and the way I appear to be singing my song – looking rather depressed!

I’d always been singing from a young age and went to stage school at the weekends. I am a massive fan of Laura Marling and when I first heard her “Alas I Cannot Swim” at 15 I was inspired to learn guitar and start writing songs.

Which singers/musicians influenced you the most?

Laura Marling and John Mayer, they sort of taught me everything I know about songwriting.

Did your sound evolve naturally, or did you push it deliberately in a certain direction?

It happens totally naturally; it’s all born out of curiosity and experimentation.

I am lucky to work with some amazing producers, and even though I would hope my songs are timeless they are able to bring the 2021 edge to the sound.

Sometimes a melody will come to me when I’m walking down the street, lying in bed, cooking scrambled eggs – it’s like a little spark in the songwriting cells in my brain. Other times, I will be inspired by a feeling or experience from my day-to-day life.

What can your fans expect over the next six months? An EP or album? Any live gigs?

I’m off on tour this week! Supporting Little Comets, I’m buzzing! I have a few more songs to come before the year’s out, and a headline show in London in October. All of a sudden I’m feeling like myself again.