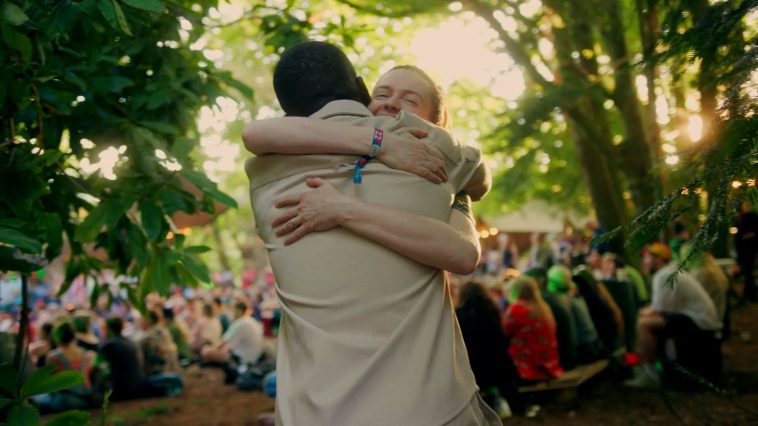 We had a chance to chat with Elaine Mai and MuRli – two of Ireland’s most exciting artists who recently collaborated on a soaring, empowering electronic banger “Ready.” The duo discussed their creative process, story behind the single, and future plans.

Hey, Elaine Mai and MuRli!  Welcome to CelebMix! For those of our readers who are not familiar with your music, could you tell a few words about yourself?

MuRli: Hey! Thank you! My name is MuRli and I’m a rapper, singer, and producer from Limerick and I operate as part of a label/collective known as narolane. My foundation is in Hip Hop but I wander in and out of genres as I feel inspired to. My last EP ‘The Sky Has Windows’ is probably the best gateway to where I sit musically. Check it out!

Elaine Mai: For sure! I’m an artist and producer from the west of Ireland now based in Dublin. I’ve been putting music out as Elaine Mai for over 10 years, with my debut album ‘Home’ coming out last year. ‘Ready’, is the first new music I’ve released since my album and it’s been such a blast.

You guys have a super interesting story, can you tell us a little bit more about how your collaboration started?

MuRli: Yes, this came about as Jameson invited us to collaborate for a track that would be unveiled on their Jameson Connects stage at All Together Now which is one of the major festivals in Ireland held over the summer. So we decided to go all in and not look at it as just a performance but to start off with something that will truly highlight both our styles, whatever way that happens and then figure out how to present that to the audience. So that’s what we did and it went down a storm when we performed it. The feedback was great, so we said we might as well give it a proper release so here we are.

Congrats on releasing your new single ‘Ready’! Will you tell us more about this drop? What’s the story behind the single?

MuRli: Thank you and I hope you’re all enjoying it. Because of how the project was conceived I felt inspired to channel that in the lyrics and marry it, in a way, to my own experiences coming up on the scene and some of the doubts and challenges I’ve had to overcome and what it took. In the end, it boiled down to realising that you are ‘ready’ once you make that decision and there’s no better time. I’m glad we did exactly that with this project too.

What did your creative process look like while recording ‘Ready’?

Elaine Mai: We came together for a jam session after MuRli sent me on some tracks he’d been working on. One sample in particular really resonated with me, so I build out some synth lines and beats around it and we just messed around with it on the day to see if there was a vibe and there was! I then took it away to build it out properly, sent it back to MuRli, he wrote the lyrics, melody and laid the vocals and that was ‘Ready’. We only met in person once during the process, it all flowed really easily which is always such a joy.

You were working together for the first time, are you planning to record more music in collaboration?

MuRli: Yes! I would definitely love to and I said that much to Elaine once the song was done. It’s been an easy and organic process which I really enjoyed so I was like we gotta do this again so I think we will collaborate again right Elaine?

Elaine: 100%! MuRli is such a talented artist, writer and performer and this won’t be the last you hear from us.

What are the plans for the rest of the year for each of you?

MuRli: I have an EP on the way, with my collective narolane so keep your eyes peeled for that. After that I’ll be back in the studio and in the office working on the next season. I have some interesting ideas and ways I want to approach this whole music thing for the next while so I’m hoping to start throwing feelers out there sometime soon.

Elaine Mai: I want to get back writing again which I plan to do towards the end of the year. It was great to take a break after the album, but working with MuRli has sparked the fire in me again!

Let us know what you think of MuRli & Elaine Mai new single “Ready” on @CelebMix!