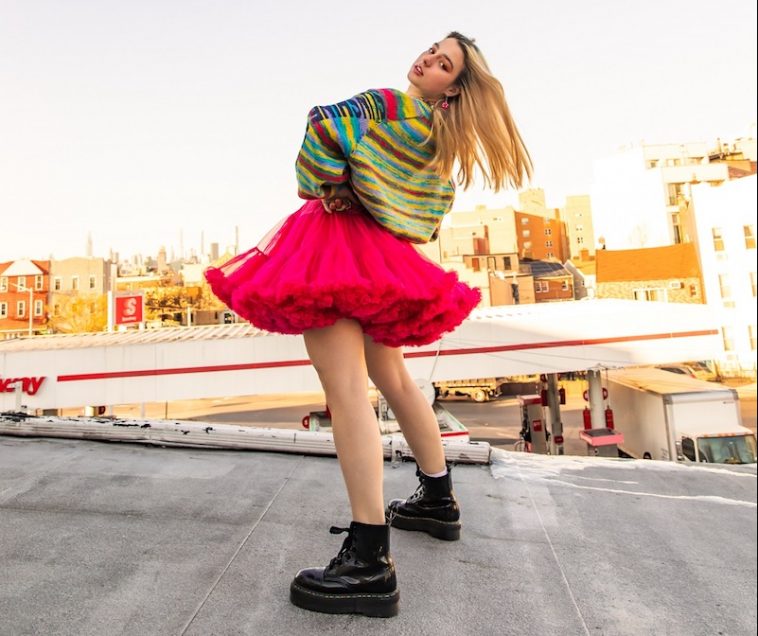 Following on from being Spotify’s face of Fresh Pop, Dutch-English artist Stevie Bill announced the release of her debut EP Messy. We had a chance to chat with Stevie Bill about her latest single “Messy,” upcoming projects, and her unique sounds.

Growing up in Amsterdam, moving to Berlin at 19 to begin writing songs for other artists and gain experience in studios, Stevie has since relocated to New York after being accepted into the prestigious Clive Davis Institute at NYU. Now, spending her time in the city and working with a number of writers and producers that she’s met along the way, Stevie is ready to showcase her art to the world.

Hey, Stevie Bill! Welcome to CelebMix! For those of our readers who are not familiar with your music, could you share a few words about yourself?

Hey! Thank you for having me :) I’m Stevie Bill, I’m from Amsterdam, The Netherlands. I live in New York and I make music. I write for others sometimes and I’m in the midst of releasing my own EP right now!

Congrats on releasing your new single “Messy”! Will you tell us more about this drop? What’s the story behind the single?

Thank you! Well, it’s about a time in my life when I would eat my takeout for breakfast, sleep all day and party at night. It was the most careless I’ve ever been but also the happiest. This song celebrates the imperfections of life. And for the rest of the story, you should listen to the lyrics!

Your previous singles “Good luck to your new girlfriend,” and “The Boy Who Cried Love” brought you a lot of recognition among pop fans. How is the new single different than the previous releases?

The other two songs I’ve released are songs about a breakup. This song has a different type of energy, it’s a little crazier, and inspired by hyperpop. I got introduced to the genre by my roommate when I moved back to New York. The others are more pop and rock influenced.

My creative process is just being inspired by music. Finding that sound that excites me or that melody loop. Or some guitar chords. As long as it sparks some sort of emotion. For me it’s always in the instruments. I think my sound is very pop. With hints of other genres. R&B, Hyperpop, Rock, or whatever excites me at the moment. I love catchy melodies. They’re so easy to understand.

You are getting ready to drop an EP titled “Messy,” can you tell us a bit more about it? How many songs will it include? Do you collaborate with any artists on it?

Yes I can’t wait! It includes 5 songs. And I think there’s a song on there for every mood. Some are more melancholic, some more gritty and guitary. They all hold true stories of my life in the past 2 years. I think some people will relate, especially the ones going through a breakup.

What are your plans for the rest of the year? Are you working on any new material except the EP? Or are there any shows where we could see you live?

My EP release is in November! I will also be playing a really cool show at “Baby’s all right” opening for Rei Brown. In the meantime, I’ll be writing new music, and hopefully get to know more people online thru my platform.

Thanks, and good luck!