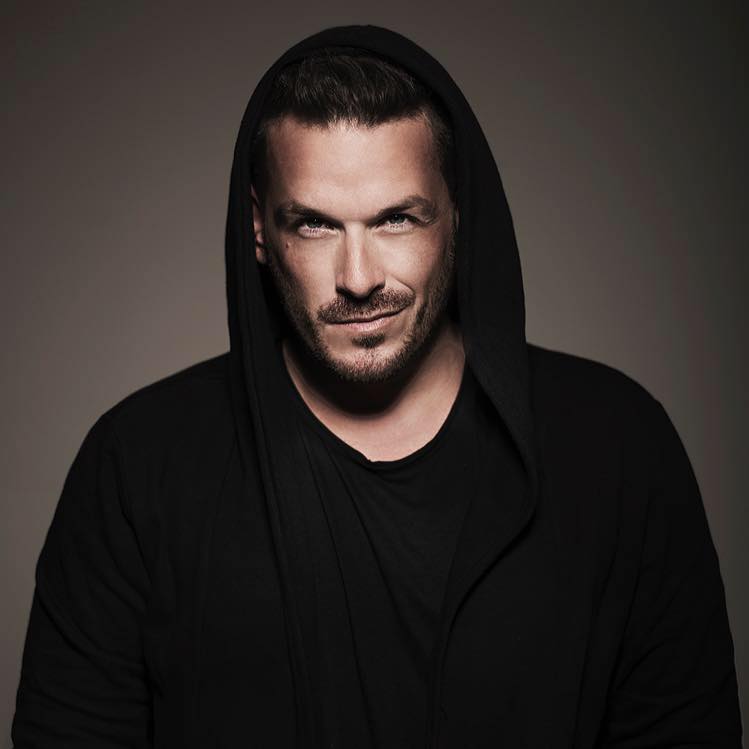 Plastik Funk, real name Rafael Ximenez-Carrillo, is rapidly become one of the most sought-after names in EDM. Plastik Funk’s profile continues to soar with a busy touring agenda that reads like an airport departures lounge and a release schedule that saddles his music on the biggest labels in the scene. Up five places in the Top100DJs Poll to number 80, Plastik Funk’s relentless work ethic as a producer and DJ is increasingly paying off as both his music and artist name continue to climb singles charts and line-ups, respectively.

Hey Plastik Funk, thanks for speaking to us today! Please tell us a little about yourself and the music you make!

Thanks for taking the time guys! I’m a Spanish-born producer based between Germany and Ibiza when I’m not on the road and I make funky, grooving house music released across several labels such as Spinnin’, Revealed Recordings and Future House Music!

You’re currently on tour across Europe with dates across France, Poland, Germany and more! How does it feel to be back on the road post-pandemic? What have you missed the most about touring?

I really missed the connection with playing to my fans in-person when the pandemic hit, as many in the music industry did, so that is definitely what I missed the most. They say you don’t know what you’ve got until its gone and to be back on the road is something I appreciate so much more than before. I was the first international DJ to be granted permission to play in Vietnam post-pandemic so I realise how lucky I was and was just looking forward to what the future would hold. Now, thankfully, things are back on track and we can all meet on the dancefloor once again.

You also recently performed at the first ever F1 event in Miami alongside Calvin Harris; how was that experience?

It was an amazing experience! Miami crowds are always so fun and the energy and vibe was super cool, the crowd were really receptive and the production of the show was also super fun – drones lit up the sky to create amazing visuals above the open-air venue and of course, Calvin killed it on the decks!

When touring do you prefer club sets or now that festivals are back, playing to larger crowds in that setting?

I love both, playing at club shows is more intimate because often if I’m headlining, fans will be singing along to my tracks back to me and know what to expect and get the most out of my sets, I really feed off that energy! And then with festival sets, I can go a little more commercial with mash-ups and edits to get bigger audiences rocking – both are so much fun and more often than not, festival season brings the sunshine to get everyone in good spirits, too!

Your new single on Hardwell’s Revealed Recordings, ‘Say Goodbye’ is a huge anthem, bringing together funky house that you’re known for but with deeper elements, tell us what was your inspiration for the track and how did you approach creating it?

The Revealed team are a great group of people and always support my vision, so with ‘Say Goodbye’, it felt like the perfect label to release this track on. Working with Jasted and Metano was also excellent, they are both really talented, fresh producers and to work with rising artists in the scene that I have discovered through their skills is always so such fun. I love working with vocal edits and always bringing the funk to my tracks, but on this one I wanted to take things a little deeper and bassier but still with a signature Plastik Funk sound.

You also have a new single coming up with Rudeejay on Future House Music, what can you tell us about that?

Rudeejay and I have been in touch for a while and ever since he remixed my classic track ‘Dr Who’ I wanted to get in the studio with him. Our forthcoming track ‘Sideways’ is a total Summer anthem, it’s feel-good, bursting house with a really hypnotic vocal hook and huge, sunshine-ready synths and keys. I’m so happy we are releasing it just in time for Summer and I hope our fans enjoy it just as much as we did creating it!

You are known as one of the best DJ’s in the world from placing on the DJ Mag Top 100 DJ’s Poll – how does that feel and how has that effected your career?

It’s fantastic because it is a poll voted entirely by the fans, so placing in the poll once again really is an honour that reflects just how much the fans care are and are in support of what I do. I wouldn’t be where I was without my fans and I appreciate every single person that buys tickets to my shows, or streams my music wherever they may be.

What tips or advice would you give to new and upcoming producers?

I think its important for anyone wanting to break into the scene to really believe in what they want to create – weather that is genre, who they are inspired by, what labels they are into or aspire to be a part of. Work as hard as you can and believe in yourself!

Finally, what can we expect from you for the rest of 2022?

Lots and lots of new music – you can keep up to date with everything by following me on my social media channels – and also many more live dates and festivals still to be announced! I’ll be all around Europe and hopefully back to the US and Asia before the Autumn comes around, so I hope to party with you all soon!

Thanks for talking to us Plastik Funk and we hope to party with you soon!