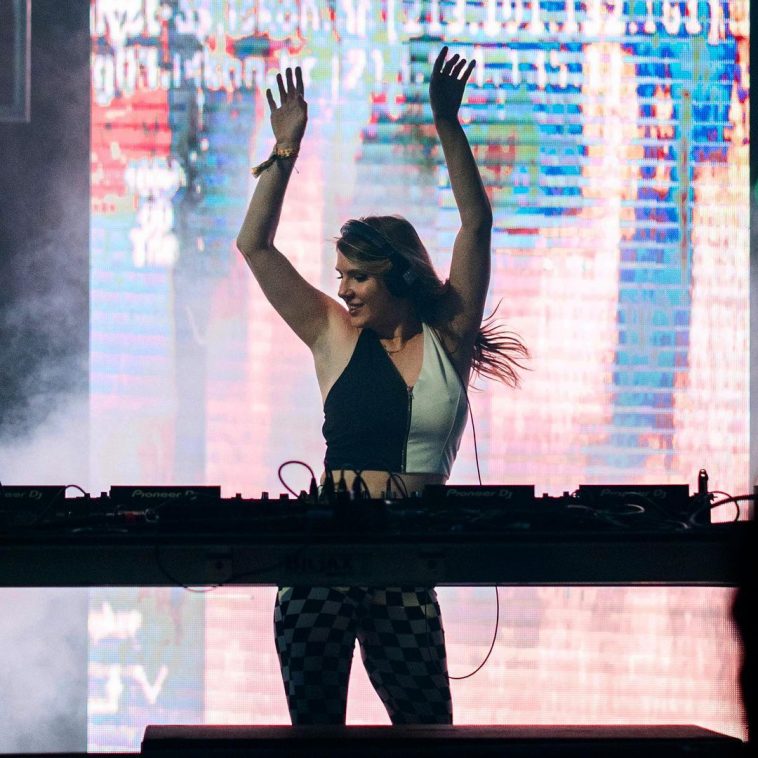 Casmalia is a producer and vocalist residing in San Diego, CA, who has taken the West Coast music scene by storm. A classically trained musician with a degree in audio engineering, Casmalia has been consistently churning out four-on-the-floor weapons since her freshman EP in 2017 with Hood Politics Records, and has since earned affiliations with Insomniac Records, mau5trap, Night Bass Box of Cats, My Techno Weighs A Ton and more. We had a chance to chat with Casmalia, and ask her about her latest releases, creative process, and much more!

Hey, Casmalia! Welcome to CelebMix! For those of our readers who are not familiar with your music, could you tell a few words about yourself?

Thanks for having me! My name is Casmalia and I am a producer, DJ, singer and songwriter based out of San Diego. I’ve been producing for around 10 years, and I sing my original tunes live in my sets. I started my first tour this year and have been loving life so far!

You just released your new single ‘Is It A Dream’ on Farris Wheel Recordings. Can you tell us more about this track?

I’ve been wanting a Farris Wheel release for a while and was stoked when Gene Farris showed interest in the song. ‘Is It A Dream’ was built around a vocal bit I recorded years ago. I wasn’t sure what to do with it, so I started building a heavier track and realized it would fit in perfectly.

It looks different for every track depending on my mood and inspiration. Some mornings I will wake up with a fully formed track in my head, lyrics and all. Other times I won’t have a clue what I want to make, I put a kick down and start from there. However, usually I start with my vocals and build the track around them.

Your releases are heavily influenced by disco, Detroit-style techno, and 90’s hip hop – how would you describe/name your sound? What inspires you to create your music?

My sound is similar to the actual town of Casmalia, which my project is named after. When I first moved to Isla Vista 10 years ago, I took a friend up north to drive around the backroads off the 101. I ran into this tiny town called Casmalia that had wild roses growing on the side of the road, and was mostly abandoned. I later learned that the town was a booming railroad town in the 60s, before the government buried a bunch of radioactive waste in the sand dunes nearby. So I think my music is a bit like that: beautiful, wild, and slightly radioactive.

You are known for your dope performances! What is your favorite place you have played at so far, and which of the upcoming gigs you look forward to the most?

It’s definitely hard to pick one place as I’ve played so many incredible shows the past couple years! Coachella was an incredible and life changing experience, being able to bring a stage from 50 to 3,000 people is a feeling I will never forget. However, my show at Sound in LA with Curbi and AC Slater has to be one of my favorites as well. The energy of the crowd was electric, and I’ve never felt so welcomed as part of a label family.

I am gearing up to fly to San Francisco for the incredible Fresh Start on New Year’s Day, where I will be opening the main stage for Justin Martin, John Summit, and Wax Motif, alongside others.