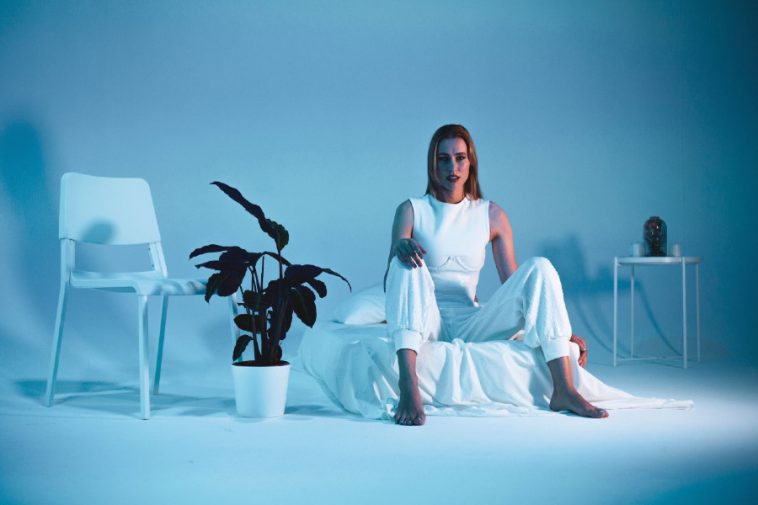 Originally from Lithuania, Klaya fell in love with music early on, playing piano at five years of age, followed by dance ballet, theatre, and choir. After studying at a music school for eight years, Klaya did a 360 when she moved to Italy, where she studied Economics, followed by Cognitive Science at New York University.

In NYC during the pandemic, she rediscovered her passion for music. While locked down she wrote numerous songs, including “Water Horizon.”

CelebMix spoke with Klaya to find out more about the person behind the music and the inspiration for “Water Horizon.”

I can’t live without a piano with which I write songs (most of them), my songbook (I bring that everywhere with me), and a chocolate because it makes life sweeter, right? (It has to be dark though with a little salt on it).

It was early April 2020 and the pandemic had just arrived in NYC. I was quarantining there with my closest friends, however, I missed the dark, rainy days that are common in the country which I’m from – Lithuania. At the seaside, there is a little forest to cross to reach the sea, and the weather is often rainy and moody, even during the summer. I missed that feeling of having those rainy days at the seaside and crossing that forest to the sea, alone. And obviously, no creativity comes without feeling something very strong, and that particular seaside has a love story that didn’t work out. The song evokes the ambiguity of feelings – there is a painful realization that ‘Disneyficated’ love does not really have space in real relationships and at the same time nostalgia for the beautiful memories and a dream love story. It is a mix of wanting to hold on and wanting to let go.

The music video depicts the mysteriousness of the environment and the feelings through the colors’ choice and the shots that we took. I wanted something dark, moody, and at the same time cozy because that’s how the song feels to me. It is an inner journey to your heart, through water, dreams, and shifting realities.

I always come up with the melody first and some words scattered here and there. For example, for ‘Water Horizon’ the first words were ‘water horizon’. And then the rest just laid in very peacefully. I didn’t think much and was just done with the whole thing in 15 minutes. I only realized what the song was about after I was done with it. Sometimes it’s longer and more thoughtful process, but ‘Water Horizon’ just had to come out of me. It’s a process of looking inside and opening the most secret drawers that otherwise maybe wouldn’t come out.

I hope that they feel comforted and that they can count that they are not alone going through things, in whatever form that might be. I hope they see a piece of themselves in my music and that it can comfort them and make them feel. I feel like people have become a little bit too scared to feel and I hope my music will bring those senses back because if we dare to truly feel, we can evolve and if we can evolve, we can pave a brighter future for this world.

My mom tells me I would always tap to the rhythm when she would bring me around in the stroller. When I was 10, I asked her to bring me to the music school in my little hometown, and because I started later than other kids, I had to catch up 4 years in 2 years and I honestly loved it. Music school was my safe space, I got along with teachers and had a lot of support and love. There I specialized in choir and piano and with the former one we traveled around the country singing in various competitions and festivals. I wrote my first song when I was 10, however, I somehow – and I have no idea where that came from – told myself that I am not talented enough to be writing songs. So, I hid it in me for a while. Until now. I moved to NYC and accidentally most of the friends I made were into making music – a lot of my first evenings in the city were filled with singing together. I took it as a sign to start listening to what my true dreams are instead of listening to the outside world. So, here’s your classical Simba story – realizing who I really am and that coming out of me as a roar. Not in a literal sense of course haha. On a serious note, life is just too precious and too short not to chase your dreams. So, it was 2020 and I picked up that guitar and started writing songs, and here I am now.

There are so many, I grew up with a lot of Frank Sinatra and Andrea Bocelli, so I guess that sparked the romantic in me. Now I’m just inspired by various musicians and various cultures. For example, I had a flamenco singing class in Barcelona with a teacher who thought Rosalia when she was little – I’m obsessed with her vocal control and how she puts so many emotions into her singing. Let’s add here the whole Twilight soundtrack too, that was very big in my teenage years and Muse used to be my favorite band. My highlight is Cher, and let’s throw in the darkness of BANKS, Lorde, and Billie Eilish. So, you see – it’s a “minestrone” (it’s an Italian soup with a bunch of different veggies).

I adore Tate Mcrae, she’s definitely up for big things, and just the whole picture is so awesome. Ashe – such beautiful songwriting and so much character, love it. Gracie Abrams – so beautiful and so vulnerable. Dua Lipa, everything about her, and I can’t wait for Adele’s new era too.

Haha, I adore singing “good 4 u” by Olivia Rodrigo, it’s such a teen angst song and I pretend to be this teenager who is very annoyed with the world. It’s fun and it gets a lot of negative emotions out. I also take into my hands an empty bottle of water or my hairbrush and that becomes my microphone for the next few minutes.

I also love any superhero/supernatural world, so bring me any Marvel, bring me Vampire Diaries, Teen Wolf, whatever it is – I’ll be there. Just shh.

And, oh gosh I have so many, any Disney – I love and believe me, I will cry during all of the movies, whether it’s Lion King or Moana. Still, yes. I’m not even shy about it, I have a little brother and sister and while watching Moana I’m there crying, and they are looking at me like what is wrong with you.

Any advice for young female artists just getting started?

It’s ok to be vulnerable, and it doesn’t matter what you think the world would think about it. Also – the people that you surround yourself with are everything, they bring you up when the times are low, and they lead you forward when the times are better. Don’t settle for friends and people you work with who don’t believe in you wholeheartedly. It’s your fueling machine, truly.

The simplest answer would be I cannot not make it. I just honestly cannot live without it, it is what I wake up with and go to sleep to, I have a tune for every mood and every moment in my life. In a sense, writing songs is like a diary to me. But also, so much more – I want to share my stories, make people feel what I feel, so it feels less lonely out there. For some people it’s having a coffee in the morning, for me – it’s writing a song. I tried to ignore it for a long time, but it’s the only thing that keeps me sane. I’ll always come back to it, I can already see myself being 70 and still writing songs, maybe about how annoying my grandkids are haha

What can your fans expect in the next six months? New music? Live gigs?

Oh, this is very exciting, this release is just tipping my toes in the water – I have so much more coming along the way, including already finished projects. A lot more of new music, live gigs – all is coming!