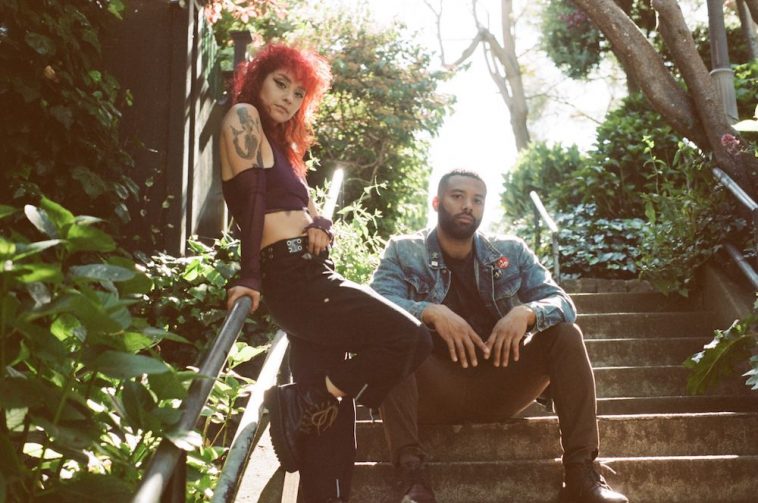 Rising talent The Indiigo Child is a San Francisco-based producer known for his refreshing take on dance music. With a range of electronic synth-laden tracks and hard-hitting beats, the newcomer’s unique sound design sets him apart in the world of electronic music. 2018 saw the release of his debut EP, “Renegade Voyager,” followed by a slew of high-energy hits, delivering his signature eccentric sound.

The Indiigo Child recently shared a brand new release titled “Say It’s Alright.” The new offering switches gears stylistically, with The Indiigo Child’s newfound house production sensibilities at the forefront. The track follows up his first single of the year, ‘Sos Code,’ and serves as Lynett Nayade’s debut feature. We asked The Indiigo Child about inspiration behind the new track, his creative process, and plans for the future.

Hey, The Indiigo Child ! Welcome to CelebMix! For those from our audience who are not familiar with you, could you introduce yourself?
Sure, well I’m musician/actor based in San Francisco. Currently, I’m focused on music and developing comic books with some pretty amazing artist.  Really, my music is like the soundtrack to my life and story.

Congrats on releasing your new single, “Say It’s Alright,” can you tell us a little bit about this single?

What’s the story behind it, and what inspired you to write it?
“Say it’s alright” was truly an organic creative experience with singer Lynett Nayade. We really wanted to create a song that resonated with a variety of audiences. Once I created the track, Lynett really did a phenomenal  job matching the energy and message. It’s interesting because during the studio sessions we barely focused on creating music, and during the last hour of our third session, we recorded most of the parts that ended up as the final product.

What does your creative process look like? How would you describe your sound?
My sound is really a reflection of my emotions, which results in sometimes eccentric and diverse range of sounds. Typically, it starts with a melody that is stuck in my head, and once I bring that part to life, the rest flows. Translating the first idea into instrumentation tends to be the hardest part. Once the emotion is invoked, the lyrics usually follow. I use an MPC Live to capture the percussion parts and logic X for mixing.

What are your plans for the rest of 2022? Any new releases, gigs?
I’m currently working on a 5 track Ep, which will have an underground sound and will be oriented towards the live show experience. Followed by another single and live shows. I’m excited to show the world the next phase of my music and story.