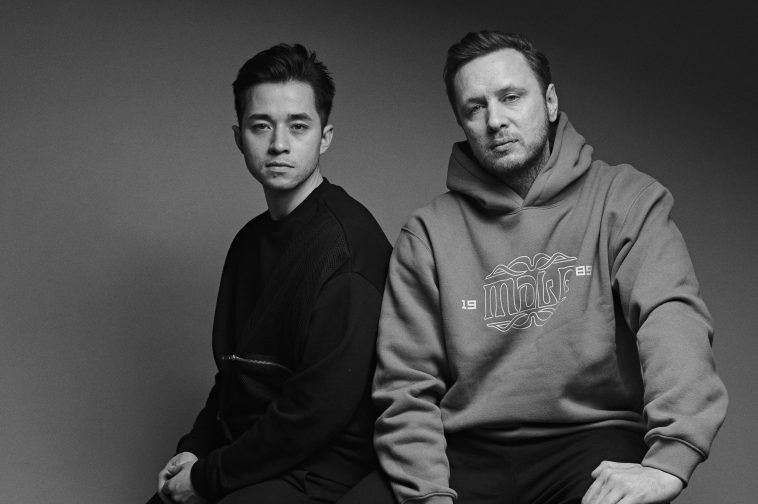 We had a chance to chat with VIZE (“Vi” for Vitali and “Ze” for Zestovskih), an edm duo that within the last three years, have enjoyed unprecedented success in Germany and throughout Europe.

VIZE has more than 1.5 billion streams and 1.3 million records sold, more than 20 gold and platinum awards in eight countries, plus over 40 released singles and remixes for and with the likes of Felix Jaehn, Sam Feldt, Afrojack, Leony, Dimitri Vegas & Like Mike, and Tokio Hotel.

The duo, consisting of producer Vitali Zestovskih and DJ Johannes Vimalavong, have also built up a reputation as a touring act within a very short time, having played gigs, shows and festivals in Asia, the UK and all over Europe. We asked them about their latest projects, and upcoming releases.

Hello VIZE! How are you? What are you up to these days?

Vitali: I’m doing well, thanks! At the moment, I’m working on new music pretty much all the
time. Not only for VIZE but as also as a producer for others.

Johannes: I’m good as well, thank you. When I’m not touring, which I have been for the last
couple of months a lot, then I’m probably listening to new music for ours sets or enjoying
time with friends and my dog.

We love your recent track with Anna Gray. Can you tell us a little bit about it and how the single “Way Back Home” came to life?

Vitali: Thank you! So, we were in the studio together with Anna and we were working on
new music. A couple months back, I worked on a demo that got sent to me but didn’t really
find the right singer for it. As soon as I heard Anna singing, I was like ‚She must perform on
‚Way Back Home‘!‘ And it turned out to be amazing.

You have worked with some dope artists before: Tujamo, Tom Gregory, Alan Walker, Imbanek, just to name a few. How do you decide on who to collaborate with?

Johannes: These names sound crazy and they are, but we focus on the music and that part has to really catch us. No social media reach or anything else. If we think that a song fits
perfectly with another artist, we simply try to release it ASAP.

2020, and 2021 were pretty difficult for the music industry. How did you find yourself in the all-in digital world without live concerts, festivals, and shows? Did you throw any online gigs?

Johannes: I’m glad that I still had the opportunity to tour around Europe, especially in this
years’ summer. Now a lot is getting cancelled again but it was such a relief to witness the
emotions to our music live on stage.
But yeah! We’ve also done live stream sets. A lot of our DJ friends invited us for different
kind of streaming festivals and we also uploaded a couple of sets on our YT Channel.

And now you guys are back on tour, how have the shows been going? How doe it feel to be back on the road and where have been the standout locations you’ve been playing for fans?

Johannes: One of the craziest shows this year and also the biggest was in Bern, Switzerland. I played in a big stadium in front of 40.000 people. Seeing them dancing and singing along to our music was just outstanding. We also had a show together with Nervo in London at Ministry of Sounds which was pretty wild. Generally speaking, I love touring and seeing our calendar for 2022, I’m really really excited.

This year, you released your joint debut LP Prock House, but you have been on the stage for years! Why did it take you so long to drop a full album?

Vitali: Albums are not really what we are known for. You don’t see that in dance music often
anyways, people tend to work track by track because of the streaming development.
This is one of the reasons. But actually, we started working on PROCK HOUSE by the end of last year and had it mastered basically 6 weeks after. We wanted to show our fans a different, more clubby sound and I’m really proud of the result.

Can you tell us more about this project and the collaboration with ALOTT? How did ALOTT come to catch your attention and what inspired the LP?

Vitali: I have been working with him for quite some time on a lot of projects and at one point, like I said by the end of last year, we decided to work on something like that together. It was surprising for us as well that it worked so well and so quickly. It was the perfect way of introducing ALOTT and our new gerne PROCK HOUSE to the world.

And can we expect any new music before the end of the year?

Johannes: Definitely! We’ll drop the next collaboration actually this Friday, Nov 26th. And we got a surprise for New Years Eve which we are really excited about.

Last but not least: what are you planning for 2022?

Vitali: I’ll work on a ton of new music and will try to travel and meet with other songwriters
around the globe. Apart from that, I will try to find more time with the family.

Johannes: There will be a lot of shows worldwide basically. I’m really excited for it and
cannot wait to meet our fans, friends, etc. at these shows. But also finding the time to spend more time with family & friends, is very important to me.