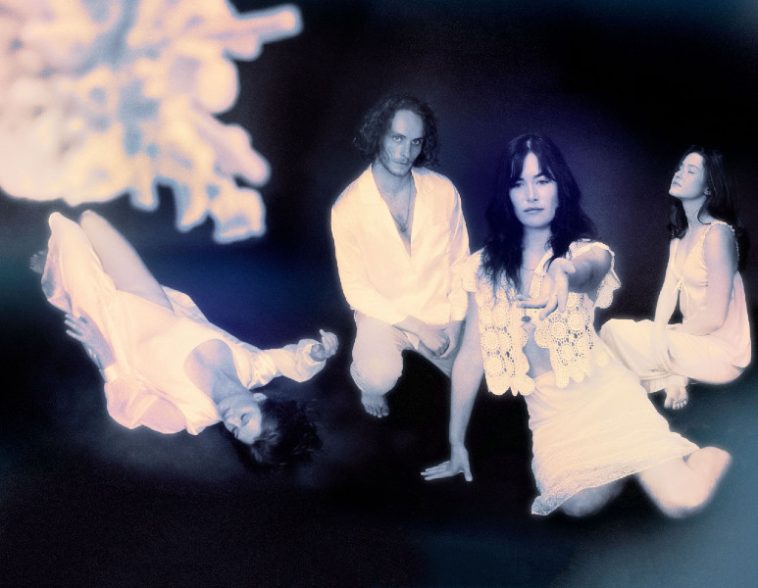 Vancouver-based noir-pop outfit Vox Rea recently released their self-titled debut album, a 13-track collection of songs, along with a short film, The Beast, which will be released May 31.

On the release, the band shares, “Our debut album was born out of a fascination with the contradictions inherent in the human experience. The album is a celebration of free will and an ode to the paralyzing nature of choice. The intoxicating night roaming and the guilty morning after, a revelry in excess and an exercise in solemn self-reflection. In essence, the album chronicles the odyssey of a group of artists trying to come to terms with their generation’s place in the human story. Through themes of addiction, self-doubt, lust, identity, independence, and grief it asks what it really means to be free.”

Written in apartments in Vancouver, Toronto, Berlin, Montreal, and Boston, the album was recorded in a studio located in the snowy forests of Quebec. Utilizing a unique blend of digital and analog, the songs reflect an organic rawness and authenticity.

Vox Rea was birthed from The Katherines, the project created by the three women in 2015. In 2017, The Katherines released their debut album, To Bring You My Heart, amassing more than one million Spotify streams. Songs from the album appeared on influential playlists and were featured on shows such as Orphan Black, Reboot, and The Order.

Since the release of their first single in the fall of 2020, Vox Rea has collected over 700k streams on Spotify alone. Their single “Damn (Unstuck)” saw them featured on the cover of Folk & Friends and made Spotify’s Top Folk Songs of 2022. The band is booked to play in music festivals across North America, including Treefort Music Fest, Laketown Shakedown, and Capitol Hill Block Party.

CelebMix spoke with Vox Rea to find out more about the inspiration for their self-titled album, who makes up the band, and their creative process.

Music, nature, each other.

What inspired your self-titled debut album?

A whole lot of existential angst.

Walk us through your mindset as you approached recording the album.

Our first record as The Katherines was made over a few years in a ton of different studios so when we approached this album, we knew we wanted to record it in a more cohesive way.  We ended up recording most of it in one week in a studio in the snowy forests of Quebec as a collective. We all basically lived and breathed the music together. The whole recording process was centered around vulnerability. We wanted it to feel stripped back and organic, and just let the songs speak for themselves.

Who is in Vox Rea and which instruments do they play?

We all sing. Kate plays a mix of keys, bass, and guitar. Lauren plays keys and percussion. Kaitlyn plays a mean tambo and Mitchell plays piano and guitar.

Is Vox Rea simply The Katherines 2.0, or an entirely new project?

Vox Rea was a clean slate for us. Our intention with the new project was to rebuild from the ground up and become really clear about our philosophy as a band. We approach every aspect of the project (the music, the visuals, the story) as one holistic work of art. This ethos led us to take on all aspects of the creative direction and make something totally new.

We all grew up playing classical music – singing in choirs, playing in orchestras, etc. We’ve basically been doing music our whole lives.

Kate, Lauren, and Kaitlyn are from Vancouver, BC and Mitchell is from Portland, OR.

We were influenced most by the landscape around us. The ocean and the mountains have always found their way into the music. There are few things more poetic than feeling the vastness of the world alongside the smallness of your own self. I think we’ve subconsciously tried to capture that oceanic feeling in our sound.

It definitely evolved naturally. One of our tenets as musicians and songwriters is to never try to rationalize or deliberately push the music in any sort of direction. We try to get out of the way as much as possible and just let it flow.

What is your definition of tone? And has your tone changed over time, or remained pretty much the same?

That’s a great question. To us, tone has to do with the expression of emotion through sound. Our tone changes all the time but on this record, there’s a feeling of melancholy that permeates throughout all the songs. Even the happy, upbeat ones have a slight shade of blue to them.

Writing always feels like this unconscious processing filter that your whole life flows through. So, everything inspires the music, whether it’s something you’ve gone through in your personal life or a book you read that made you feel something.

It’s ever-changing. We’ll sometimes sit down and write as a band or people will bring songs they’ve been working on. The best songs often write themselves. It sometimes feels like there’s a voice in the ether and your job is to just listen and transcribe it the best you can.

We were just at the Junos and were blown away by the amount of amazing Canadian talent. Charlotte Cardin, Haviah Mighty, Snotty Nose Rez Kids, and Andy Shauf to name a few.

We have a short film coming out on May 31st that features different songs from the album then lots and lots of touring throughout the summer. We’re also headed back into the studio to record new music at the end of the month which we’re stoked about.