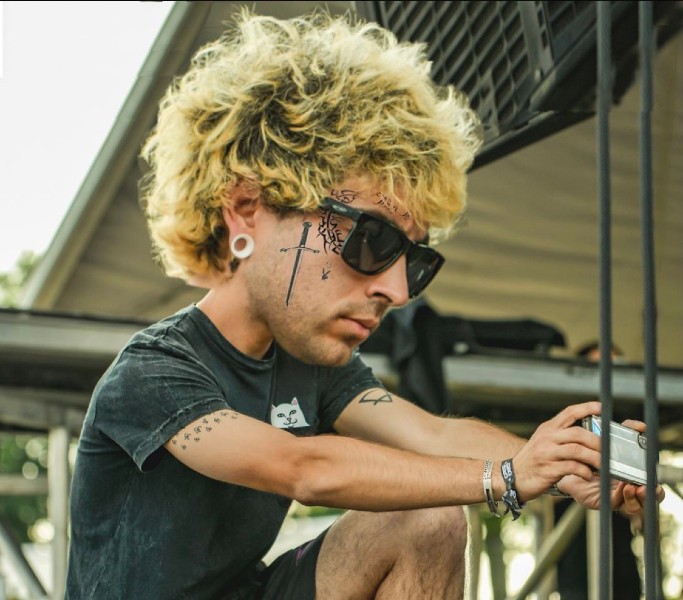 The influence of social media surpasses the understanding of most people, which is why brands seek out influencers.

Going viral is the goal of most influencers. And the wizard of virality is Steve Zilberman, who has taken influencers and social media personalities from zero to millions of followers almost overnight.

Steve Zilberman refers to TikTok as the “ultimate social media,” which is an interesting statement. Intrigued by those words, as well as Steve’s apparent wizardry, bordering on sorcery, CelebMix spoke with Steve Zilberman to find out more about what he does and how he does it.

How did you get started as a viral engineer/creative director?

I started off as a cinematographer and editor. I slowly moved into social media, and then music, and now music marketing. After many years of A/B testing content to attain the highest engagement, I’ve gotten my success rate high enough to get interviewed about it.

How did you hook up with people like Benny Blanco, Bella Poarch, and Oliver Tree?

It essentially started with Oliver. Oliver found me when I was making YouTube skits with Cherdleys and he reached out to collab. He introduced me to the music industry and I began networking up from there. His ex-manager and I began working together often and then he ended up on the team that manages Bella Poarch. Benny Blanco knew about Oliver Tree and now Bella so he brought me on board to build his TikTok from the ground floor.

You’ve referred to TikTok as the “ultimate social media” platform. Explain that, please.

If you post a photograph on Instagram, a portion of your followers will see it. If a high percentage of those followers like or engage with your pic, Instagram may show it on the explore page. But if you’re in Turkey, you won’t see that post from Texas that is being shown on the explore page. What TikTok does that is so unique, is that when you post something, it is able to show that content to not only your region but random places around the world. All at the same time, without flooding traffic to the algorithm. It seems almost too good to be true. And when a post gets high engagement fast, it will snowball into showing more people. So with a higher guarantee of more people seeing your content, catering your content to be already engaging will be a high chance for that content to do extremely well. I have a theory that the algorithm uses sophisticated AR technology that can differentiate backgrounds, tones of voice, camera angles, and subjects in the video. When a video with specific lighting, angle, etc. does well…the next time you post something similar the algorithm may show it to more people. Consistency on TikTok works very well and that’s my theory as to why. Not to mention the music element to it. So with a strong AR/AI tech and guarantee for more traffic than competing social media platforms, you’ve got what I call the ‘ultimate social media.’

TikTok has more engaging users on there because your reach is longer so anyone has the hope that they can go “viral.” With more active users, it drives more competition which in turn will churn out more creative content. That’s why I would say it’s better than a competitor like Facebook. The youth also drive TikTok and if it’s one thing that the youth have, it’s definitely creativity.

Why does TikTok attract younger people, while Facebook attracts a much older crowd?

Facebook has been around much longer, so it will naturally have an older crowd. TikTok has just recently exploded so the younger crowd is more apt to be early onto something new. It just happened to be a platform that also incorporates music that young people love. The chance for fame is another big reason younger people frequent the app.

As a musician or influencer, how should I approach establishing and expanding my brand?

Simply put, be yourself. Test different ways to put content out until you find something that works. Trends work to bring you more traffic. Any more information on this you’ll have to pay for haha.

Can you actually predict whether or not a video will go viral?

You can’t exactly predict what will go viral. But there are specific things I personally look for. Have I seen this before and does this have my attention? If I have seen this before, has this been viral? Lastly, is there something to talk about in this video? A dog backflipping down the streets of New York I would put a large bet would go viral. Something as shocking as a guy cleaning a dildo at the bus stop will get attention. Something new and unseen like a dog in a robot following somebody walking will get shared. After so many years of having successful viral videos, you become better at spotting what can do well. Or in my case sometimes, engineering it.

What are the elements that make a video go viral?

There are several elements of what makes a viral video. It needs to be entertaining in some way, it needs to be unique in some way, and it needs to invoke an emotion or opinion. The more shocking or unexpected the more people will want to share it to show their friends. Comedy works very well with virality because you want to share the laughter with your friends. Back in the mid to late 1900s, pictures or videos that went viral were mainly political. A viral video sparked an entire movement today. Everyone who watched the video from Minneapolis had an opinion or emotion that it sparked. It can be as intriguing as a boy yodeling in Walmart or as revolutionary as George Floyd.

Is what you do intuitive or are you actually able to quantify it into a formula?

It’s a little bit of both. The reason I don’t mind coming on here spilling all my secrets is that the biggest piece of the formula is intuition. Intuition can’t always be taught and takes years to perfect. So somebody can go on TikTok after reading this and use some of the techniques I talked about but the content may still not work. That doesn’t mean what I’m saying isn’t true, it means not everybody can create a viral piece. Sometimes I shoot a dozen variations of the same exact video because one of those will speak to me more than the rest.

Do you see video platforms getting more popular in the future or not?

I absolutely think video platforms will become more popular. With a video you can show much more than a photo and especially with videos getting shorter, the viewer can watch more in less time.